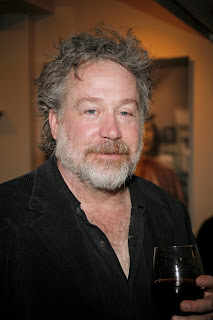 An unlikely actor, Tom Hulce was born in Detroit to a father who worked for Ford Motor Company (although his mother was briefly employed as a singer). Hulce knew he wanted to act from an early age, and attended the Interlochen Arts Academy and North Carolina School of the Arts.

He debuted opposite Anthony Perkins in Equus on Broadway in 1975, but he’s best-known for his film roles. He took the part of student Lawrence “Pinto” Kroger in the 1978 classic Animal House.

But his most acclaimed role came in the early 1980s when he beat out the likes of David Bowie, Mikhail Baryshnikov and Sennett Branagh to play Mozart in the film version of Amadeus. His performance earned a nomination for Best Actor at the Academy Awards, where he was beat out by none other than his co-star, F. Murray Abraham.

Hulce got a second Best Actor nomination in 1989 for his role as an intellectually challenged garbage collector in Dominick and Eugene. He went on to play numerous parts for television and film, in addition to maintaining a presence on the stage. In 1996, he was cast in his first animated venture, speaking the title role of Quasimodo in Disney’s The Hunchback of Notre Dame.

Shortly afterward, he retired from acting and turned to producing, where his two epic efforts include The Cider House Rules and Talking Heads, the latter of which won a slew of awards. His most recent effort is The Seagull. 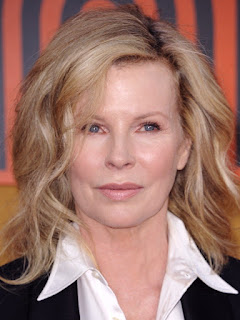 
You’d never guess that Kim Basinger was so shy as a child, she would faint if asked to speak in class! Luckily, she was able to overcome her insecurity by her teens, when she became the Athens, Georgia Junior Miss. The daughter of a model, Basinger starred with her mom in a Breck shampoo ad before enrolling at the University of Georgia.

She soon decided to take up an offer from Ford Modeling Agency, leaving for the Big Apple, where she made $1,000 a day as a top model. In spite of the big cash payout, she says she never enjoyed modeling. “It was hard to go from one booking to another and always have to deal with the way I looked. I couldn’t stand it, I felt myself choking.”

More recently, Basinger took on “passion project” I Dream of Africa in 2000, saying she “cried for hours” when she left Kenya. Unfortunately, moviegoers cried foul after seeing the film, awarding it a miserable 10 out of 100 on Rotten Tomatoes. But the indomitable actress followed that bomb with an acclaimed performance in 8 Mile opposite Eminem and Brittany Murphy.

Bassinger has been married twice, to her makeup artist and then to Alec Baldwin, but she’s been single since 2002. A vegetarian and animal rights supporter, she filmed anti-fur ads for animal welfare group PETA and has lobbied against the Asian dog meat trade. 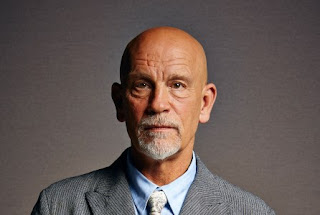 Malkovich is a founding member of the Steppenwolf Theatre Company in Chicago, and sooo much more! He won an Obie in 1980 when he appeared in True West, then nabbed an Emmy for his Broadway debut as Biff in Death of a Salesman a few years later. Critical acclaim has followed Malkovich throughout his career, continuing with an Academy Award nomination for his feature film debut with Sally Fields in Places in the Heart.

Malkovich portrayed the sinister and sexy Valmont in 1988’s Dangerous Liaisons, where a fling with Michelle Pfeiffer on the set put an end to his marriage of six years to Glenne Headly. But Pfeiffer didn’t last; Malkovich met longterm partner Nicoletta Peyran in 1989.

Malkovich went on to act or direct in a plethora of films such as Ripley’s Game, Dr. Jekyll and Mr. Hyde, and Being John Malkovich, but many people have no idea he spent 10 years working in southern France (he speaks fluent French), or that he lost millions of dollars in Bernie Madoff’s Ponzi scheme in 2008.

Finally, as a true Renaissance man, Malkovich created his own fashion company, Mrs. Mudd, which has released two collections designed by the actor/director. 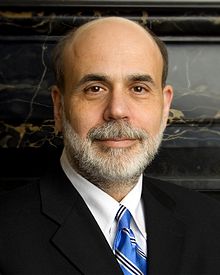 As chairman of the Federal Reserve from 2006 to 2014, Ben Bernanke was a central figure in the America’s Great Recession and its recovery.

As a youngster, Ben taught himself calculus (his school didn’t offer it) and scored a jaw-dropping 1590 out of 1600 on the SAT. Not surprisingly, he was valedictorian of his high school and a National Merit Scholar. Bernanke enrolled in Harvard for undergrad and got a Ph.D. from MIT in 1979. His dissertation (Long-Term Commitments, Dynamic Optimization, and the Business Cycle) sounds like the perfect subject matter to prepare him for his future role.

Bernanke landed in a pot of hot water for his failure to anticipate the financial crisis of 2008. The New York Times noted that Bernanke "has been attacked for failing to foresee the financial crisis, for bailing out Wall Street, and, most recently, for injecting an additional $600 billion into the banking system to give the slow recovery a boost.” Stock guru Jim Cramer nailed the Feds with his famous rant that the economy was on the verge of a nosedive and “they know nothing!”

A whistleblower provided documents in 2010 that Bernanke overruled staff recommendations not to bail out insurance giant AIG. However, senators from both sides of the aisle claimed the move averted even worse problems. What is less controversial is the role Bernanke played in the subsequent economic recovery, using quantitative easing to slowly boost the market, over a period of years, back to its former highs.

Posted by Society of Certified Senior Advisors at 8:55 AM