You May Control Your Risk for Alzheimer’s

New research shows that each of us may have more control over the likelihood of getting Alzheimer’s than we thought. 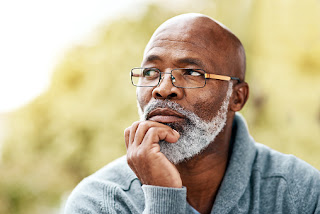 When Margaret Daffodil Graham, 74, heard that a local hospital was on the lookout for people with hypertension to volunteer for a study, she jumped on the opportunity. Like over 100 million Americans, Graham suffers from high blood pressure, a condition she’s been treating since her 30s. She figured that being in the study would get her blood pressure monitored at shorter intervals, and perhaps reduce her risk for developing heart disease or stroke.

Unbeknownst to Graham, the study would be benefiting much more than her heart. The Systolic Blood Pressure Intervention Trial (dubbed SPRINT MIND) was designed to see if dramatically lowering blood pressure could influence the risk of cognitive decline, including symptoms associated with Alzheimer’s disease.

The results are in, and provide evidence that lowering blood pressure has the benefit of also reducing risk for mild cognitive impairment (MCI), brain decline that may precede dementia, and probable dementia. Graham and others who participated in the study were taken aback by the results.

“It never occurred to me that controlling my blood pressure could protect me from dementia,” says Arthur Lane, 89, another participant in the study. “I think this is wonderful.”

Dementia is a concern for older adults around the globe, and rightly so. More than 150 million of them will be affected by it by 2050. Dementia is a broad term that describes a group of symptoms associated with a decline in memory or other thinking skills severe enough to impact everyday life. Types of dementia include Alzheimer’s, Lewy Body and vascular.

Until now, researchers had little to offer when it came to positive steps to take to fend off cognitive decline. It was known that genes play a role in who gets dementia, and that age was a factor, but neither of those are under anyone’s control.

Accordingly, research has centered on drug treatments to battle the disease. But every anticipated breakthrough thus far has failed. With billions of potential dollars at stake, major drug companies have spent heavily on research, to no avail.

It looks like that is all changing. The study offers the most hopeful evidence yet that people may have control over their risk for dementia. Funded by various agencies at the National Institutes of Health, the trial results were presented in July and drew immediate responses from Alzheimer’s experts.
“It’s one of the first real demonstrations of a lifestyle modification having an impact on late-life cognition,” says Petersen, who was not involved in the study.

The aim of the trial was to lower systolic blood pressure to a target of 120 mm Hg or lower over 3.2 years among a group of people with cardiovascular risk factors. High blood pressure is generally defined as a systolic pressure of 130 or greater. Pressure of 120 to 130 is considered elevated, while normal pressure is 120 or less.

Lowering blood pressure alone reduced the risk of mild cognitive impairment by 19 percent and probable all-cause dementia by 17 percent in study participants who achieved 120 mm Hg or less. No amyloid-targeting investigational drug has ever approached this magnitude of benefit. However, Dr. Sanjay Kaul at Cedars Sinai cautions that it’s not as impressive as it sounds. Kaul calculates that the absolute risk reduction was only 1.34 percent for MCI.

The results do “not represent a robust effect,” says Kaul. “However, this has to be interpreted in the context of lack of treatment effect on this outcome with currently available interventions and the relatively short duration of treatment exposure. So, promising data, but not the whole enchilada, as spun by trial investigators.”

The good news gets better. The class of drugs used to lower blood pressure had no effect. Cheap generics performed just as well as name brands. Men and women were equally benefited, and race had no impact. Finally, lowering systolic pressure in those older than 75 provided just as much benefit as it did for younger test subjects.

The rigorous, randomized study involved a sizeable group, including 9,300 elderly adults with heart problems or at risk of developing heart disease. Participants were randomly told to lower their systolic pressure to either less than 120 mm Hg or less than 140 mm Hg. The group was tested over an average of three years on different cognitive abilities, including memory and processing new information.

Lead study author Dr. Jeff Williamson reports that biologically, it doesn’t seem like blood pressure would affect dementia. He makes a comparison between air pressure in your tires, and blood pressure: neither should be too high or too low. “Over time, high blood pressure can damage the walls of very fragile arteries that deliver blood to the brain and other organs,” he says. “And that can produce some of the things we see associated with dementia: inflammation and small strokes.”

While the study could only make conclusions about a reduction in probable dementia, that doesn’t mean that reducing blood pressure won’t affect the disease. Dementia can take many years to develop, and because the study only covered a three-year span, the results are not in. Furthermore, you should check with your doctor before lowering your blood pressure. One side effect of over-aggressive blood pressure reduction is an increased risk of falling.

Still, it’s the first time a large study has shown we may each have some control over whether or not we get dementia.  “This provides great encouragement for people to say, yes, make sure your blood pressure is well controlled, because right now, it’s one of the things you can do,” says Williamson. “This opens the door to testing more interventions.”