As more baby boomers head into retirement without children, they’re networking and finding a variety of ways to navigate old age just fine, thank you very much. 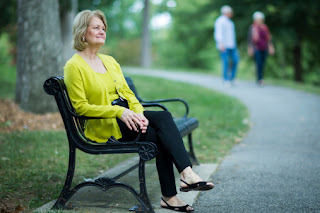 Former teacher and librarian Batya Lewton, 82, never married or had any children. She lives in New York and wondered who would take care of her as she grew older on her own.

So eight years ago, Ms. Lewton granted power of attorney to two of her friends who live in the same apartment building. They are both listed as executors on her will, and she’s given them information regarding her funeral. She wants to stay in her apartment until that day comes. She knows just about everyone, and many are elderly like herself.

Other childless couples and singles are banding together in cohousing for people of all ages. People like Nancy Squires, 58, the owner of an I.T. company near Washington. Her biggest fear is being put in a nursing home. She’s been saving for retirement over decades, and now she talks with her friends about moving in together.

“I love the idea of a communal living arrangement with separate spaces and shared expenses,” she said. “Not like in the ’60s. More of a 21st-century model, like a large farm where someone has horses, another raises/trains dogs for others, some of the people might coordinate an organic garden, some might cook gourmet dinners a few times a month. It’s all about really living to your fullest without eating dinners alone — unless you want to, of course.”

Although children typically provide nearly 70 percent of long-term care for their parents, a 2012 study found that only 3 percent of parents thought their children would care for them if they became ill.

“While it’s great to have kids who are available to help, there are a lot of complications with having kids around,” said Audrey K. Chun, a doctor who is also a medical director at the Martha Stewart Center for Living at Mount Sinai Hospital, in New York. “A lot of the dynamics, decisions that have to be made around the end of life, disagreements that arise between siblings, what mom or dad may have wanted, can be very emotional. Many of my patients without kids are interested in not wasting resources at the end of life — when it’s their time, they don’t want unnecessary suffering, or to be a burden on society. They want to die naturally. Because they don’t have children to advocate for them, they’re much more open and direct about that.”

It’s always important to plan for retirement, but for those without children around, the task may be even more critical. You can’t always count on friends to fill in the gaps.

“You have to build the infrastructure around yourself to compensate for the fact that you don’t have family,” says Ken Moraif, senior advisor at Money Matters, a financial planning firm in Dallas. Put together a team that includes both friends and paid professionals.

A recent survey found 53 percent of childless seniors had no one to call if they were bedridden. Another concern is finding a ride to the doctor. It may be time to reconsider your living situation. One option is to move to an apartment building for seniors, where residents can use the buddy system to help each other out.

You may need to look for connections in your own community. Join a church, seek out your local senior center, or find a regular opportunity to volunteer. If you already have a group of friends, consider starting a breakfast group. One former teacher meets with friends six mornings a week. “It gives us something to look forward to in the morning,” says 83-year-old Wilbur Repp. If someone doesn’t show up, other members will check to make sure all is well.

Making those connections well in advance of when you need help is key. Help out other community members by driving them to appointments, weeding the lawn or delivering food when they’re sick. “One 89-year-old may drive and another may not,” says Edwin L. Gaskin, a financial planner and founder of Your Financial Architects, a financial advisory firm in Elkridge, Md. “It’s really important to establish those relationships before you need them,” he says.

Linda Adler, founder and CEO of medical advocacy and consulting firm Pathfinders in Northern California, suggests that people carry a laminated card with the name and number of their doctor, along with current medications and dosages. She says, “I don’t want my clients to be anonymous when something bad happens.”


Figure Out Your Finances

Inheritance is another factor that should be in place long before it’s needed. Many childless adults choose favorite charities for donations. Former teacher Wilbur Repp built up a sizable housing portfolio in retirement. He decided that when he dies, his 30 buildings will be sold and the proceeds used for scholarships to further the educations of local students. “I don’t have any pressing heirs for my estate,” he says. “It’s for the student who is overlooked in the classroom. There’s always two or three like that.”

Repp turned to a colleague in a local charitable group to dispose of his assets. This job should always go to someone you can trust, but that varies from person to person. Elder law attorney Michael Amoruso has clients who tapped long-term neighbors for the job. Others may name a sibling, or a niece or nephew.

You’ll need to name a health care power of attorney for medical decisions, and a financial power of attorney for your assets. It doesn’t have to be the same person. In fact, naming more than one individual provides checks and balances and spreads out the work. One option is to hire a monitoring service such as EverSafe‎ to monitor accounts in order to provide protection against fraud and I.D. theft.

Not everyone has such an abundance of assets. Many in reduced circumstances have to think outside the box. When Elaine Bearden, 61, lost her job as a technical writer, she decided to become a landlord. “At this stage of life, my resources are thin,” she says. Bringing boarders into her home will help defray expenses and create a network of others to turn to when someone needs help.

Shuttling the 125 miles from her home in Dallas to attend to her aging parents in West Texas over six years, Carol Marak realized how much help she might need as time went on. Marak, now 67, is one of a growing number of “elder orphans” who are childless older adults. In February 2016, Marak started the Facebook group Elder Orphans to connect with people in a similar situation and share concerns and ideas about how to manage without children to help out. Currently, the group has more than 8,000 members.

There are many people aging without a spouse or children, it turns out. Dubbed “solo seniors,” they represent close to 22 percent of adults age 65 and over. The group is growing. In 2010, 12 percent of women age 80 to 84 were childless, but that number is estimated to swell to 16 percent for the same age group in 2030, according to a report by AARP.

To join Marak’s group, you must be age 55 or older, unmarried and without children close-by. Members ask and give advice about revocable trusts, leaving the world of work, and what to cook when you can’t look at another frozen pizza. “It’s been impossible in my current life to find folks who can understand what I’m facing being 64, never married, no kids, nephews or other relatives in my life,” one poster wrote. “I foolishly counted on my ‘family of friends’ to be around in senior years, but they all have spouses, kids and grandkids, plus oodles of other relatives, and tell me they are too busy to be involved with me.”

If you become incapacitated, a durable power of attorney can step in to make sure your wishes are carried out. This agent needs to be chosen when you are fully capable of making decisions. Otherwise, the court system will appoint a legal guardian for you. “You lose total control,” says Amoruso, who serves as president of the National Academy of Elder Law Attorneys.

Another method for keeping some control regarding your future care is to purchase long-term care insurance. The median cost of a home health aide hovers around $4,100 a month , while a semi-private room at a nursing facility runs about $7,148, according to the 2017 Genworth Cost of Care Survey. Financial advisors say that those with more than $2 million of investable assets can self-insure against this risk, but anyone with less ought to weigh their options.

As we age, our ability to make sound financial decisions often deteriorates. A daily money manager can pay bills, collect tax documents and even assist with medical claims. Social worker and daily money manager Barbara Boustead has several childless seniors as clients in Madison, WI. She prefers not to become financial power of attorney, although some do. One client in her 90’s is still sharp, but has failing eyesight due to macular degeneration.

Solo aging doesn’t mean you have to go it alone. “In our society, we tend to put so much value on being independent,” says Anne P. Glass, a gerontology professor at the University of North Carolina Wilmington. “I would argue that you’re better off being inter-dependent, especially as you get older.”

Posted by Society of Certified Senior Advisors at 2:07 PM