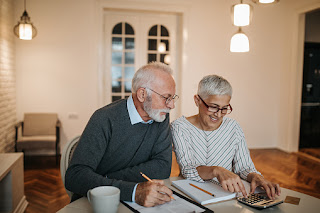 The IRS partnered with tax preparation specialists to provide an outlet for free services to people with low and moderate incomes. Few use it, and companies such as Intuit and H&R Block are profiting from their involvement.

Americans spend more than $1 billion a year in tax filing fees that they don’t need to. That’s a conservative estimate from independent nonprofit ProPublica after it delved into the Free File system  supported by the IRS. And the very companies that offer their services gratis may be making a killing by up-selling and obfuscation due to lack of oversight. Even so, Congress appears poised to codify the system.

As the internet age dawned at the turn of the century, the IRS created a no-cost electronic filing system for taxpayers with moderate incomes ($66,000 for 2018) or less at the request of the Office of Management and Budget. With its hands full trying to convert to an online system of its own, the IRS appealed to the tax-prep industry for help. Soon, it had an agreement with heavyweights H&R Block, Intuit (developer of TurboTax), and 10 others to form the Free File Alliance (FFA).

Fifty million tax returns have been processed through the system since its inception in 2003, saving users close to $1.5 billion in fees. That sounds substantial until you do the math and realize that represents about 3 percent of eligible returns.

Many taxpayers are simply unaware the program exists.

“I don’t have an advertising budget,” said Tim Hugo, executive director of the FFA, who agrees the program needs more awareness. He argued that it’s the IRS’ responsibility to publicize the program. “The companies are already donating the services. It’s a philanthropic endeavor.”

Critics counter that low participation is exactly what the FFA is hoping for. The agreement keeps the IRS from developing a direct filing option or a return-free option such as those available in many other countries, which the FFA has lobbied against.

But it’s well documented that FFA companies use the service as a “free-to-fee” gateway for paid services. Indeed, less than half of those who used the service in 2014 and qualified for it in 2015 took advantage of it.

That figure may reflect negative experiences with the Free File program. But the data indicates otherwise. Of 2014 users of the software who then didn’t use Free File (but were eligible) in 2015, more than half used the non-Free File version of the same software they’d used to file the preceding year. This pattern appears to reflect the practice of software companies marketing a paid version of their program to taxpayers who filed with them using Free File the previous year.

In fact, FFA companies routinely email taxpayers a year after they filed with them using Free File. The email says the preparer has their information on file and the taxpayer can click a link to use their services again. But the link routes the client to software they must pay to use.

Worse yet is how the companies appear to violate privacy laws.

Federal law requires tax preparers to solicit and receive “knowing and voluntary” taxpayer consent prior to disclosing or using their tax return information for any reason, including marketing paid services unrelated to that return.

When users select “Turbo Tax All Free” from the IRS Free File homepage, they land on Intuit’s “Turbo Tax Freedom Edition” website. After as little as a single question regarding income, the user is switched to a “Create your account” page to input their email and phone number. They may ignore the tiny, faint lettering below that says by pressing the button to create an account, they agree to terms of use that strip them of the right to file a lawsuit, seek a trial by jury or group claims in a class action suit. All this before they have input the information for their return.

You may still want to save some money and take advantage of the free software. If you do, start here. Just be aware that “Trying to navigate the Free File sites, is a bit like living in the Wild, Wild West,” according to taxpayer advocate Nina Olson.

Sometimes, tax prep companies throw a wrench in the works by using very similar names for different (but similar) products. Intuit offers a “Free Edition” of TurboTax that takes care of federal 1040EZ or 1040A forms at no charge, but charges for state returns. However, you can get the Freedom File version dubbed “Freedom Edition” that does both federal and state returns gratis. And you won’t find Freedom Edition on TurboTax’s homepage.

Then there are the different eligibility requirements among the various providers. They vary according to income, age and state of residence. In theory, the alliance coordinates the requirements in a way that will cover 70 percent of taxpayers under at least one company’s plan. For example, this year TurboTax offers Free File to anyone who earns less than $33,000 or qualifies for the earned income tax credit. You might need to use H&R Block’s plan that allows for an AGI of $66,000 or less … but only for those 50 or younger.

Congress found one thing it could get behind in a bipartisan way. The “Taxpayer First Act,” which includes various provisions to assist consumers—and a provision to make Free File permanent—passed the House in April 414-0.

“It’s a great program that helps save the government money and do free tax filings for people who can’t afford it,” said a spokesperson for Rep. Peter Roskam, R-Ill.

Intuit and H&R Block are standing by the program. They can trumpet the millions of dollars their companies have spent supporting and promoting Free File, as well as programs such as Volunteer Income Tax Assistance. Intuit recently began promoting no-cost filing known as Tax Time Allies.

The old adage of “buyer beware” doesn’t quite fit these free-at-the-outset services. But it’s a good idea to navigate the internet carefully and use the IRS site, not an email from a tax prep provider, to file each year.

Posted by Society of Certified Senior Advisors at 9:11 AM