"Retirement" is a Misnomer 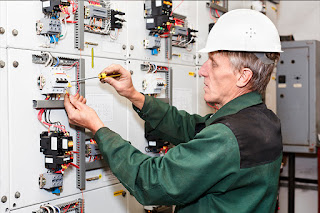 Not only are there more adults over age 50 than at any time in history; this new consumer majority is the wealthiest, best educated and has access to quality healthcare. Yet the media, political and social leaders seem determined to focus only on the potential problems of an aging population rather than the incredible potential. Employers likewise ignore the incredible amount of wisdom available by screening out older applicants.

Perhaps it is time to retire the term ‘retirement’ along with other stereotypical terms used to describe older adults and the programs designed to ‘serve’ them. As a concept, retirement hasn’t been around that long. It arrived with the Industrial Revolution as businesses needed a justification for pushing older people aside to make room for younger, “more productive” workers. While much of the work then was hard manual labor, age was a factor in productivity; however, that is hardly the case in today’s automated information age. In fact, age and wisdom should be positive “productivity indicators” in this new millennium.

In the last three decades, we have increasingly viewed the aged as a group to be catered to and cared for. In the 1960s, we began developing programs to feed, house, transport, and entertain them; but few focused on the importance of meaning and significance in later life. In spite of a new army of “aging service providers” and billions of Federal dollars, the older population became more sedentary, health care costs began to rise along with demands for higher levels of government care and support.

Somewhere in the creation of an aging network of service, we failed to recognize that when people loose significance and purpose the immune system erodes and self-fulfilling prophecies of aging can begin taking their toll. Retirement, therefore, is not just an outdated concept; one might argue that it is a contributing factor to the health problems that plague the world’s aging populations. As Hippocrates theorized thousands of years ago – any part of the body that is not used tends to atrophy, even the mind.

According to my good friend Dr. Roger Landry, a respected preventive medicine physician, “… successful aging is not about being safe, preparing for death or avoiding all risk. Successful aging is about living as vital a life as possible, i.e. at the highest level of functioning.” It is time to stop treating aging as some type of disease and start celebrating the positive aspects.

For three decades, government has been creating and funding programs and services to care for the elderly, which The Older Americans Act defined as everyone over the age of 60. Thousands of agencies, programs, services were created and funded to meet both real and perceived needs. Billions of dollars later, many of these well-meaning efforts may have done as much harm as good. We have all too often replaced purpose with pills; productive lives with early retirement packages; personal significance with shallow volunteer opportunities; and meaningful involvement with mindless activities. One might make a case, that “retirement” itself is a root cause of rising healthcare costs, the growing incidence of Alzheimer’s disease, diabetes and depression.

Still there is hope. Organizations such as Civic Ventures launched programs to involve older adults in meaningful roles. The Eden Alternative and founder Bill Thomas’ innovative Greenhouse Project has had some success redefining long term health care through the eyes of consumer and treating the body, mind and the human spirit in the process. But there is still much to do as ageism remains the last bastion of discrimination.

As Roger Landry so eloquently put stated, “Successful agers are not fatalistic about the slings and arrows of aging, but actively intervene to change the course of what was previously considered inevitable. They identify risks and work with available medical knowledge and technology to change the future.” That’s not a bad prescription for how to go about changing the way we design, develop, market and operate “retirement” communities.

Simply stated, the term “retirement” has become a misnomer for what should be a rewarding and life stage. A good start would be to never use “retirement” to define a planned community for older adults if you intend to celebrate individual autonomy and wisdom and committed to making a difference in the lives of those they serve.

Posted by Society of Certified Senior Advisors at 9:44 AM