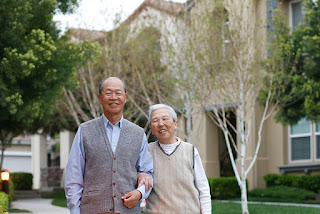 These small dwellings in residential neighborhoods provide a family environment with individualized care for the same price as an institution.

While surveys show that most older people want to live in their homes as they age, for many this is unworkable, as they face loneliness and lack of support for health and physical issues. Often, seniors don’t want to leave their homes because they fear losing their independence if they move into care facilities such as assisted-living or nursing homes.

That’s where the Green House Project comes in. For older adults who can no longer live on their own, this alternative nursing home provides shared living and 24-hour support, but with the ability to live as independently as you desire. A Green House (which is not green in color, doesn’t provide a place to grow plants and doesn’t refer to an environmentally progressive place) is a large house generally shared by seven to 10 adults (although some places have more). Each resident has their own room and bathroom, but shares a communal kitchen and living room.

The Green House Project describes itself as providing long-term and post-acute care. In the words of its founder, William H. Thomas, the Green House Project aims to create “a real home that provides care but also supports those seeking to redefine the worth and meaning of late life. [It] represents a massive shift toward the deinstitutionalization of older people. It generates human warmth, as opposed to institutional coldness, through its commitment to small size (seven to 10 residents in each house), its de-emphasis on hierarchy and its complete dedication to fostering a new expression of elderhood” (from Next Avenue).

Thomas, a geriatrician, international authority on elder care and author of four books on the subject, cofounded Eden Alternative in the 1990s. The nonprofit organization partners with nursing homes and other long-term care facilities with the aim of deinstitutionalizing them. In 2003, he started the Green House Project, also a nonprofit organization, which puts into reality the philosophy of the Eden Alternative. The Green House Project partners with the Robert Wood Johnson Foundation, which provided a $10 million grant in 2005, and Capital Impact Partners, which provides technical assistance and coordinates financing. The first Green House Project home was constructed in 2003 in Tupelo, Miss. In December 2008, the project reached its goal of completing 50 houses by 2010. As of February 2015 there are 174 Green House homes in 27 states with another 186 in development (Wikipedia).

How a Green House Works

Unlike traditional nursing homes, which can be huge institutions, Green Houses are literally homes, usually situated in a neighborhood. They are centered on a large living room, dining room and kitchen in one great room, which encourages communication and community. Rather than residents eating at different, smaller tables, they share one large table, emphasizing the sense of a family or community eating together. Each resident, called “elder,” can furnish and decorate their room and bathroom how they want (unlike institutionalized rooms with largely bare walls).

Residents can get up in the morning and to go to sleep when they want, which provides a lot of freedom and flexibility. In contrast, nursing homes enforce a strict sleeping and eating schedule. In Green Houses, residents can eat when they want, although meals are often shared.

To ensure quality, Green House homes are trademarked and built to strict certifications. These dwellings meet federal and state licensing requirements and operate within existing regulatory and cost frameworks.

How the House Is Staffed

Green House homes are staffed by a nurse 24 hours a day. Other staff include certified nursing assistants who perform all the duties found in a traditional nursing home, including dressing, bathing and toileting. Green Homes also provide physical, occupational and speech therapy, but often in a Green Home dedicated for that purpose. For example if an organization built six green homes, it would dedicate one to short-term rehabilitation, in order not to disrupt the routine of the main homes, according to Scott Brown, director of the Green House Project.

Residents with Alzheimer or other forms of dementia are integrated into the home, although some organizations have built homes specifically for those with Alzheimer’s. Although Brown was unable to provide a figure for the staff-resident ratio, he said the “time dedicated to direct care exceed ratios in traditional nursing homes.”

The relationship between the staff and residents is viewed as a partnership rather than the traditional nursing-home role of caretaker and patient. For example, the Eden Alternative’s definition of care is “that which helps another to grow. . . . It acknowledges that opportunities to give and receive are abundant and experienced by everyone involved in the care relationship.” Residents are encouraged to interact with staff and even develop personal relationships.

To emphasize the more informal relationship with residents, staff members are given playful names. The Shahbaz works with the clinical support team of nurses, therapists and dietary professionals to provide individualized care for each elder. The Guide is responsible for the operations of the home, while the Sage is a local elder who volunteers to be a mentor and adviser.

How Much It Costs

Organizations are making an effort to help low-income seniors get into Green Houses. Thanks to a $2.2 million loan through Age Strong, an initiative of the AARP Foundation, Capital Impact Partners and Calvert Foundation, a new Green House in Akron, Colo., plans to have 60 percent low-income residents who are covered by Medicaid. The Green House, expected to open this year, will replace an outdated traditional nursing facility.

What Research Has Shown

A 2009 evaluation of the Green House Project’s care found it provided higher direct care (23–31 minutes more per resident per day) than traditional nursing homes and more than four times as much staff engagement with elders outside direct-care activities (Wikipedia). In a 2004 report presented to Congress, researchers from the University of Minnesota School of Public Health found that elders in a Green House Project home were able to perform daily functions longer than those in traditional nursing facilities. Among those living in Green House homes, there have been increased reports of mobility and social interaction, and fewer reports of weight loss and depression.

“Homes on The Range--Change our elder care!", Indiegogo

Posted by Society of Certified Senior Advisors at 10:43 AM