Find the Best Deals on Cruises 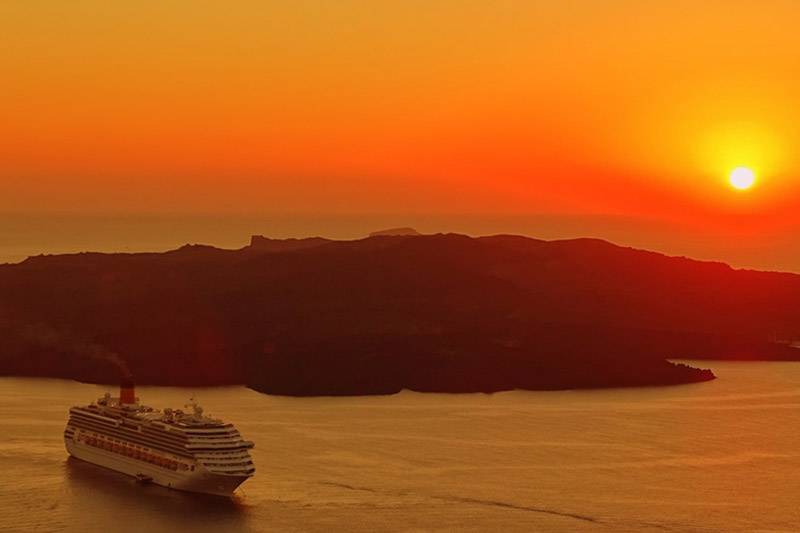 Before you board, research and planning can help save money on your next vacation. Once onboard, watch out for costly extras.

While cruises might already seem like a bargain, you can save even more money by checking websites that show the best deals or consulting a travel agent. And once onboard, beware of high costs for items like soda and alcohol. Here are tips from cruise experts.

For a long time, the consensus was to either book early or late to get the best deals. Twelve to 18 months before the cruise, companies will lure you with better deals, including more perks. However, if you wait until one to three months before the cruise, the belief was that, if the ship isn’t full, the cruise line would slash prices. However, Cruise Critic says that cruise lines are becoming more aggressive with early offers and are not offering as many slashed prices closer to departure. To get the best deals, this site recommends making a reservation no later than six to eight months before the cruise. If you are set on a certain cruise at a certain time and want the best cabin, it’s always best to reserve early.

At certain times of the year, ships are “repositioned.“ For example, liners may leave Alaska in the early fall for spots on the Caribbean in winter. Repositioning requires an unconventional route not normally in the cruise line’s itinerary, plus often a longer time at sea. Thus cruise companies lower prices to attract travelers and offer different amenities, such as history talks. You might visit places otherwise not on your radar, like stopping in a Russian port on a cruise ship’s repositioning from the U.S. West Coast to Japan.

Experts concur that sailing anytime kids are in school brings better deals, because families make up a large part of cruise lines’ business. One travel agent says you can pay double during peak times, such as spring and summer breaks, and recommends traveling in slower seasons, such as between Thanksgiving and mid-December and right after New Year’s Day or Labor Day. Often, the best prices can be found in the off season or shoulder season, the weeks before or after peak times—May or September in Alaska, for example, when the weather might not be ideal.

One travel expert recommends booking during wave season, between January and March, when cruise lines promote their offers for the coming year. She says travelers can save up to 75 percent plus get extras, like onboard credits. Another tip is to travel on the cruise lines’ smaller ships, which can be cheaper because they don’t offer as many amenities.

Whatever you do, don’t accept the cruise line’s listed price before looking around for better deals. Most travel experts recommend you use a travel agent, because they have relationships with the cruise companies and can often get better rates and last-minute deals, some of them unadvertised.

Agents can steer you toward the best cruises and deals that meet your interests and budget. They can help you wade through the different price structures for various cruise lines. Travel agents can organize group travel, which saves money and can bring extra amenities, such as exclusive shore tours or shuttle service. Using a travel agent can not only save you money but also the time it would take to pore over all the cruise line’s offers and websites reviews.

There are many websites, including traditional travel sites, such as Expedia and Travelocity, that can help you find the best deals. These might not necessarily be the cheapest, because getting free amenities can add up in savings, so be sure to check what’s included.

The previously mentioned independent website, Cruise Critic, is a subsidiary of TripAdvisor and the world’s largest cruise review site and online community, with 100,000 reviews. You’ll find information here on just about every aspect of cruising. Other popular websites focus on the best deals:

How to Save Onboard

Although cruise ships bill trips as all-inclusive, that is becoming less so every year, with many cruise lines following airline pricing models that charge extra for certain amenities. They might lure you with cheap fares, but then nickel and dime you once you’re onboard. To save money, figure out what you don’t really need and what you can arrange on your own.

Drinks. Alcoholic beverages and soda are not included in the cruise fares on most lines. Some lines permit you to bring one bottle of wine or a case of beer onboard, but many are increasingly forbidding this practice. If you enjoy alcoholic drinks or soda, be prepared to pay top prices. To save money on a glass of beer or wine, look for daily drink specials. For both soda and alcohol, some ships are offering packages that allow you unlimited drinks, but make sure you would drink that much before paying often hefty prices (almost $50 a day on Carnival). Iced tea, water and juices are free.

Shore excursions. Guided tours arranged by the cruise line are often more expensive than what you would pay if you booked your own by visiting your destinations’ websites and finding a local tour guide. Towns often provide self-guided walking tours at no charge, and travel agents can suggest reputable tour guide operators.

Laundry. Onboard, you pay per article of clothing washed—between $2 and $3—which can add up. Instead, wash your own clothes (don’t forget to bring a small bottle of detergent), bring enough clothes to last for the whole trip or see if the ship has its own self-serve launderette.

Eating. While the bulk of a ship’s restaurants are part of the all-inclusive fee, many cruise lines are now offering specialty restaurants that charge. Because the ship’s “free” restaurants offer a range of dining options, in most cases, there is no need to pay extra for the fancy places. If you prefer specialty restaurants, you might be able to buy a dining package before you depart.


Photos. Although it might be tempting to buy the group photo of you and your family that the ship’s photographer takes, it’s also expensive. Instead, use your own camera. Also, make sure you have enough batteries and memory cards with you, because buying them onboard will be more expensive than at home.

Internet. Onboard internet prices are high—from 50 cents to $1 a minute—and connections are slow. Some ships offer a package deal, but if you don’t need to be online, it’s cheaper to wait until you arrive in port and find a place that offers Wi-Fi. Similarly, phone calls are also expensive.

“Last Minute Cruising: 9 Tips for Getting a Deal,” Cruise Critic.

“How to Find the Best Cruise Bargains in 2016” Cruise Critic.

Posted by Society of Certified Senior Advisors at 2:30 AM