Are Changes in Government Benefits for Older Americans on the Horizon? 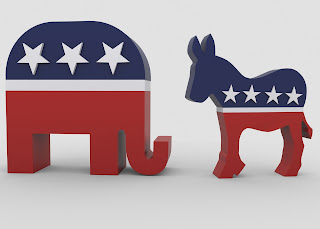 With Democrats back in the House majority, will they and Republicans agree to strengthen Social Security, Medicare and Medicaid? Is there any chance that hearing, vision and dental will get insurance coverage?


Older Americans are in a uniquely powerful position to influence public policy. They are the fastest-growing age group in the country, maintaining a 75 percent growth rate versus less than 10 percent for other age groups. They also vote more than any other demographic, and more consistently.

There is speculation about a meeting of the minds between Republicans and Democrats on numerous policies of concern to older adults. Some proposals are already in place and Republican and Democrat lawmakers may find room for compromise in certain areas.


CA significant number of retirees count on Social Security for their living expenses. According to the Social Security Administration, about 43 percent of singles and 21 percent of married couples rely on the program for 90 percent or more of their income. Social Security keeps millions of older Americans out of poverty, but the funds it depends on are expected to be depleted by 2034. A recent government report suggests that benefits are expected to then drop by about 20 percent.

Congressman John Larson (D-Conn.), chair of the House Ways and Means Subcommittee on Social Security and co-chair of the Expand Social Security Caucus, has a bill to both expand the program’s benefits by setting a floor of minimum payments and to raise revenue. Democrats will likely propose funding options, including a restored estate tax and raising the earnings cap (the maximum amount of annual earnings on which you pay Social Security taxes) beyond the 2019 ceiling of $132,900, as well as asking both workers and employers to pay an increased percentage of wages.

Lawmakers on both sides of the aisle have proposed changing the annual cost of living adjustment based on the Consumer Price Index to lower, “chained” adjustments that factor in substitution bias. Substitution bias means that consumers buy less expensive items to lessen inflation’s impact on their standard of living, for example, buying chicken instead of beef. As a result, inflation estimates are lower than if these substitutions were not considered. Such a change would reduce increases tied to inflation, with effects compounding the longer you receive benefits.


Democrats and Republicans have demonstrated their willingness to work together to strengthen Medicare. The bipartisan Creating High-Quality Results and Outcomes Necessary to Improve Chronic Care Act of 2018 was signed into law under Republicans last year, notably allowing Medicare Advantage programs to offer social benefits such as wheelchair ramps and adult day care coverage for the first time, among other provisions. However, these services are not available from traditional fee-for-service Medicare.

Medicare funding is projected to come up short by 2026. Republicans have proposed a plan to give older adults a voucher-type option to enroll in private health plans, while also putting other changes on the table to cut $537 billion from Medicare. Expect Democrats to push against new options and budget proposals to cut Medicare, and instead float recommendations to maintain or expand services.


House Speaker Nancy Pelosi recently agreed on hearings for “Medicare for all”, a plan for single-payer Medicare that would cover all Americans. The House Budget Committee is putting together an analysis, with the Democrats’ goal to “defend and enhance what’s in the Affordable Care Act (ACA), and then move towards Medicare for all,” says Rep Ro Khanna (D-Calif.).

The promise of Medicare for all is free health care, meaning no more premiums, deductibles or copays, and coverage for vision, dental and hearing. Of course, nothing is really free, and Republicans oppose the prospect of funding the program (including increased taxes), as well as its Socialist aspect, and the loss of private insurance plans.

Progressive Democrats are pushing for a vote in Congress, but party chairmen have made it clear that other health care issues have priority in 2019. What is likely to be more important is how much momentum the movement can gather as the 2020 elections grow near.


To recap, Medicaid is a cooperative insurance program between the federal government and the states that covers about 75 million low-income adults and children. The Feds set required minimum standards and benefits. States may broaden the benefits for their residents, including instituting the Medicaid expansion program under the ACA, but can't cut back on the federal minimum services.

In the midterm elections, Medicaid expansion was on the table in several states. Voters in Idaho, Nebraska and Utah approved ballot initiatives to broaden the program, and Maine voters elected a new governor, pushing out an ardent opponent of Medicaid expansion. Virginia increased support to the state’s Medicaid program.

Other states-- Kentucky, Arkansas, Indiana and New Hampshire -- have started, or are scheduled to start, work requirement programs to qualify for expanded Medicaid, and seven more are pursuing the idea.

Recently, reports came out that Republican lawmakers are again working on legislation to institute block grants for Medicaid. Currently, whoever qualifies for the program is covered. Under block grants, states would each get a lump sum from the federal government to manage the program as they would like. Republicans argue that block granting would increase efficiency and cap costs. Democrats foresee inadequate funding and loss of coverage for millions of Americans.


Protections afforded older Americans under the ACA, such as not being forced to pay an age penalty for health insurance, will likely remain in place. Expect popular health care protections, such as coverage of preexisting conditions, to be debated and potentially supported by both Democrats and Republicans.

More than half a million Americans have no access to a retirement savings plan with their employer, according to AARP research, which shows that such a plan increases the likelihood of employees saving money significantly. Rep. Richie Neal (D-Mass.), chairman of the House Ways & Means Committee, has proposed the Automatic Retirement Plan Act to require more employers to establish a 401(k) or 403(b) to cover all employees, among additional provisions.

Other ideas on the floor are to expand the system to cover new safe harbor rules, increase minimum default contributions, enhance matching contributions and create a special tax credit to encourage participation.

Both parties may be likely to compromise. In the next two years, we may see a retirement policy that benefits more older adults under the age of 70 who are working and still eligible to contribute to qualified (tax-deferred) employer retirement plans.

Technology – 10 Disruptors to Bet On