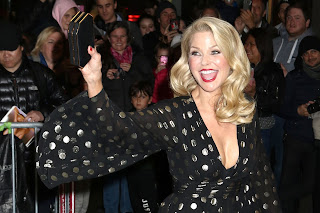 
Christie Brinkley was discovered in a Parisian post office. She’d moved to Paris to study art after four years in a French high school in Los Angeles and soon had several modeling contracts. Her career put her on over 500 magazine covers, including Rolling Stone, Vogue, Newsweek and Sports Illustrated; all 12 months of the first Sports Illustrated Calendar; and gave her an astounding 25-year contract as the face of Cover Girl.

Her face was hard to miss throughout the 80s and beyond. Brinkley branched out to represent products besides Cover Girl, including Revlon, Diet Coke, Prell and the Got Milk? campaign. She also made several television appearances, and was featured in several music videos for beau Billy Joel, including the iconic “Uptown Girl,” a song he wrote about her.

Brinkley’s personal life is as varied as her professional career. She had a relationship with Moet-Chandon champagne heir Olivier Chandon de Brailles (which ended when he died in a practice-session car race a year after their meeting), and four marriages and several children: to French artist Jean-Francois Allaux; American singer/songwriter Billy Joel, and having daughter Alexa Ray; real estate developer Richard Taubman, with whom she had son Jack Paris; and in 1996, architect Peter Halsey Cook and having daughter Sailor.

Brinkley resides in Sag Harbor and donates heavily in support of animal welfare. 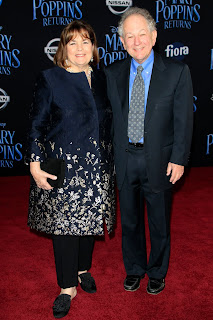 
Successful cooking show host and cookbook author Ina Garten once had a pilot’s license and was a staff member of the White House Office of Management and Budget.

Raised by a mother who shooed her out of the kitchen in favor of educational pursuits, Ina met her future husband at age 15 and married at 20. After he finished a military tour in Vietnam, the couple took a camping vacation in Paris, where she began her lifelong passion with French cooking.

But first, there was the master’s from George Washington University, the government job as an aide that worked up to writing the nuclear energy budget for Ford and Carter and flipping houses on the side. The last gave her enough money to quit the job she found stimulating but stressful and buy a small specialty food store named Barefoot Contessa that would springboard a new career.

Ina kept the store’s name and created recipes that had clients hungry for more. She moved the shop to East Hampton, expanded offerings and enjoyed celebrity and media rave reviews. An empire followed, founded on successful cookbooks and a show of her own in 2002.

Rare criticism of her cooking comes from the Physicians Committee for Responsible Medicine, citing the extensive use of high-fat, high-calorie and high-cholesterol recipes. She also reportedly disdains some common ingredients, such as cilantro and pre-grated Parmesan.

Garten and her Yale professor husband have no children, but many friends, and Ina sits on the local architectural design review board. 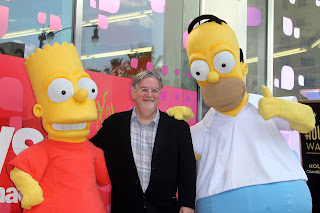 
Matt Groening (pronounced GRAY-ning), developed the television cartoon sitcom The Simpsons after a successful run with his comic strip, Life in Hell. The Simpsons has aired a record 651 shows, making most of America familiar with characters Homer, Marge, Bart, Lisa and baby Maggie -- all names taken from Groening’s family members. Only “Bart” is different, although Groening says the character is based on older brother Mark.

After childhood in Portland, Oregon, Groening attended “a hippie college with no grades or required classes.” He edited the campus newspaper and included some cartoons of his own. Afterward, he headed to Los Angeles to become a writer, where to make ends meet, he bused tables, washed dishes and did landscaping.

Groening self-published Life in Hell while writing a weekly column for an alternative newspaper. It was a success right away, inspiring the author to syndicate the strip and eventually author a series of book spin-offs. The comic impressed a Hollywood writer-producer, which led to the development of The Simpsons. Groening also developed Futurama, about life in the year 3000, and television series Disenchantment.

Groening’s two marriages resulted in five children. He is married to Argentine artist Agustina Picasso and is stepfather to her daughter. He occasionally plays drums in the all-author band The Rock Bottom Remainders, which includes celebrities such as Dave Barry and Amy Tan. 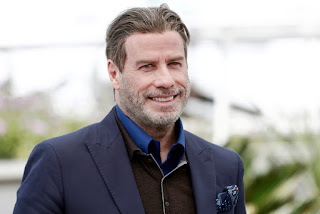 John Travolta’s acting debut in Welcome Back, Kotter led to a series of iconic performances in films such as Saturday Night Fever, Grease and Pulp Fiction. Nominated for a Golden Globe Award six times, he eventually won as best actor in a motion picture (musical or comedy) for his work in Get Shorty.

Travolta’s mother was an actress and singer, who undoubtedly influenced her son’s future career, and that of other family members. Travolta’s sister, Ellen, appeared in Welcome Back, Kotter as Arnold Horshack’s mother and as a waitress in Grease, and she and their mother had brief roles in Saturday Night Fever.

Travolta had a hit single in July 1976 when “Let Her In” peaked at No. 10 on the Billboard Hot 100 chart. However, after a series of commercial successes including Urban Cowboy, his film career faltered. He passed up opportunities to star in box office hits such as An Officer and a Gentleman and American Gigolo, which Richard Gere accepted.

In 1989, Look Who’s Talking put him back on the map, and 1994’s Pulp Fiction cemented him on the A-List. However, sci-Fi film Battlefield Earth, which Travolta co-produced and starred in, failed. Other films such as Swordfish succeeded, and the actor has since kept busy primarily in action films and thrillers.

Travolta, an avid pilot, is married to actress Kelly Preston; the couple had three children. Their oldest, son Jett, died from a seizure at age 16. Travolta created the Jett Travolta Foundation to help children with special needs and supports many charitable causes, notably flying his Boeing 707 full of supplies and doctors to Haiti after the 2010 earthquake.

Money – Are Changes in Government Benefits for Older Americans on the Horizon?

Technology – 10 Disruptors to Bet On