10 Disruptors to Bet On 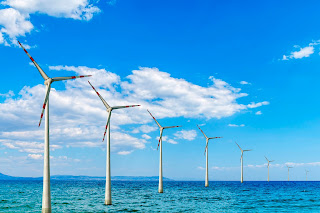 The developed world is on the verge of another wave of technical innovation. Which innovations are likely to grow and prosper?


The future is already here, and stock investors know that old stalwarts such as General Electric and Sears aren’t  as profitable anymore. Even the FANG stocks (Facebook, Apple, Netflix and Google) have started to face market challenges, so where is the hot growth technology for retail and the market now?

The global research team at Citi put their heads together and identified innovations that have recently morphed so that, according to the team, “We’re now at the point of accelerated adoption.”

Here are 10 areas that look poised for strong growth:


Chalk this one up to the increasingly competitive, and growing, lineup of electric vehicles. All-solid-state batteries have triple the power density and double the energy density of their lithium-ion cousins.


Recent scientific breakthroughs have allowed researchers to get a better handle on why humans age. This will enable the development of products that could stretch out lifespans.
“With scientific breakthroughs emerging this decade on the cellular origins of why the tissues in our bodies age, novel anti-aging medicines may become one of the next big disruptions in the health care market,” says analyst Yoga Nochomovitz.

Analysts pointed to a pair of companies, Unity Biotechnology and Calico (a subset of tech giant Google) as already working on therapies to increase the span of life free from age-related disease. New products could be on the market in 2023. Age-related disease treatment is currently a $100 billion industry.


Experts project that by 2020, data production in the health care field will increase to 15 times the level of only five years ago. This huge increase in health care data creates a broad playing field for competitors in wearable technology, as well as future applications.

To create what may be the perfect storm, this influx of data intersects with rising health care costs, an aging population and a shortage of clinicians. Opportunities in big data, artificial intelligence and machine learning are on the rise to take a bite out of costs, while putting more personal information in the hands of consumers.

One large source of data: electronic health records. Government intervention spurred their growth, and their adoption is nearly universal, with 96 percent of hospitals and 87 percent of physicians reporting their use in 2015.


Robotaxis are coming. The addressable revenue market in the U.S. is $900 billion, and the perceived profit for a fleet of 100,000 autonomous vehicle (AV) subscribers is estimated at $2.5 billion for the life of the vehicles.

Citi’s team believes the era of driverless cars will transform vehicles from a consumer product to a network, which will have both on-demand and subscriber business models. Safety will be vastly improved, and computing power and connectivity will alleviate congestion by pooling passengers. Additionally, all-electric cars will ease pollution.

While rural areas or regions with pickup-type vehicles may not adopt self-driving cars as quickly, experts see a future with driverless car services dominating suburban and urban markets. Subscription services will combine the best attributes of personal ownership with the benefits of AVs.


Europe has the greatest potential sea sites for floating offshore wind power generation platforms. Two-thirds of the North Sea is in the sweet spot, between 50 and 220 meters deep. Wind power demand continues to increase across the world as a clean, ecological energy source.


Wireless spectrum that currently goes unused will be more efficiently utilized through spectrum sharing, creating trillions of dollars in value. Dynamic Spectrum Access (DSA) allows multiple users to share a particular national spectrum band, ideally in a secure and reliable way. Compare it to the more familiar Airbnb and Uber platforms that allow customers to share a reservation and payment
system for the benefit of all in the network.

To encourage the flow of capital, policymakers chose to treat wireless as a competitive industry, free of significant regulations. Spectrum is a finite resource, and exclusive users have an incentive to monetize their bandwidth. The DSA framework can share bands among multiple users, based on emerging technologies such as game theory, machine learning and artificial intelligence.


Organized, professional gaming has created an explosion of fans around the globe who watch tournaments of video games such as the popular Halo, League of Legends and Fortnite. Esports event viewership is on par with American football and expected to grow by about 15 percent by 2023.

Think of the more traditional FIFA World Cup soccer event. In a similar way, professional esports fans convene to watch their favorite teams compete, while many additional millions tune in to watch a livestream or event highlights. The games can be played across a variety of hardware, but PCs predominate in tournaments due to their superior computational power and speed.

“In 2017, there were 588 major esports events that generated an estimated $59 million in ticket revenues, up from 424 events and $32 million in ticket revenues in 2016,” Citi analyst Asiya Merchant says. “As the esports industry evolves, we expect to see significant development in the underlying infrastructure (player salaries, contracts, governance, college sponsorships, media deals) that can help improve the economics for the entire ecosystem.”


The advent of 5G is coming next year, and telecommunications will be forever changed. While it’s unlikely to show major improvements in smartphones, the potential is massive in areas such as connected and autonomous vehicles, smart manufacturing, digital health and smart cities.

“The so-called Internet of Things (IoT) and machine to machine (M2M) connectivity has allowed wireless carriers to dream beyond smartphones and imagine a larger addressable market,” says analyst Michael Rollins.

“A 2015 McKinsey study estimated the global IoT market will be worth $4 trillion to $11 trillion annually by 2025, with spending on IoT technology to be $300 billion to $800 billion,” he adds. “Creating small private networks, either in a single building or distributed across multiple locations, has long been the purview of wired access solutions augmented with limited wireless or Wi-Fi networks. With 5G, that could be reversed given the lower cost of installing, maintaining and updating a wireless network.”


Watch out, realty firms. Experts estimate that switching to an iBuyer (see below) market for residential real estate transactions may lower total transaction expenses for the seller from 8 to 6.5 percent. That’s a hefty increased profit for home sellers of $13,000 to $16,000 on a $200,000 property. Nearly $1.5 trillion changes hands annually for residential real estate in the U.S.

If you’ve ever bought or sold a house, you may have stressed over keeping the home show-ready, worked with difficult parties on the other side of the transaction, or sweated out the loan underwriting process. An increasing array of financial technology (Fintech) firms are disrupting the industry with new models that take the anxiety out of buying and selling property.

Three models of disruption are currently in use, with more to come.


Media measurement and analytics company Comscore estimates that half of all searches will be initiated by voice in 2020. Voice-activated assistants such as Amazon’s Alexa and Apple’s Siri are going mainstream due to improvements in voice recognition, natural language processing and improved connectivity.

The rapid adoption of the assistants is fueling a rise in task performance as they learn based on the reams of data processed. Currently used for simple jobs like setting alarms and finding information from the web, future iterations will be capable of more complicated jobs such as completing a transaction based on historical patterns. Be on the lookout for conversational commerce, voice-based payments and speech recognition security systems.

For a deeper look into the above technologies, go to Citi’s report: Disruptive Innovations VI.

Money – Are Changes in Government Benefits for Older Americans on the Horizon?