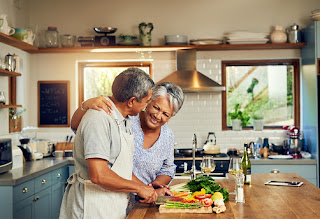 A lot of unexpected diets will get you to 100 years old and beyond. We check in with several centenarians past and present to see what kept them going past the century mark.

You might think that a salad a day and a heavy dose of fish oil are the trick to keeping your body going past the age of 100, but it just isn’t so for many people who have made the cut. We checked in on what some of the oldest people in the world eat, or ate, and the results will make you smile. Perhaps happiness has more to do with their age than food!

One woman swore her longevity was due to avoiding men, while another chalked it up to her daily martini. Whatever the case, we reveal their dietary secrets.

Adele Dunlap was 114 when she passed away in 2017. She dined chiefly on oatmeal, but generally ate whatever she pleased, including many a martini.

Agnes Fenton had three Miller High lifes and a glass of Johnnie Walker every day before she died at age 112 in 2017. Perhaps to keep the alcohol in check, she enjoyed a breakfast of grits, buttered toast, orange juice, bacon and sausage. Her favorite foods? Green beans, chicken wings and sweet potatoes.

Dharam Pal Singh could be termed a health nut. At 120, he claims to be the oldest marathon runner in the world. He gave up alcohol long ago, replacing it with mineral water and lemon juice. He also stays away from fatty foods and sugar, tea and coffee. Instead, he sips on cow’s milk, nibbles sun-ripened fruit and makes his own delicious chutney.

Emma Morano was no marathoner, but she was the last living person to see the 1800s when she passed in April 2017. She threw back two raw eggs a day after getting that advice from her doctor in 1919, but she had a penchant for ladyfinger cookies and bananas… maybe because she lost all her teeth. And she never ate meat, having heard it causes cancer.

Filomena Taipe Mendoza spent her life in a small Peruvian village, growing everything she ate in her garden, and supplementing with local goat cheese and meat, and sheep's milk. Her diet was rich in potatoes and beans, and soda never crossed her lips in all of 117 years.

Jeanne Calment of France was the oldest person who ever lived at 122, and we can celebrate her famous love of chocolate. She ate more than two pounds of stuff every week! She also smoked now and again and enjoyed a glass of port every Sunday until she reached 120.

Jessie Gallan of Scotland gave another nod to the value of oatmeal, enjoying a steaming bowlful every morning. But she attributes her long life (109 when she passed away in 2015) to something else entirely: “My secret to a long life has been staying away from men. They’re just more trouble than they’re worth.”

Mariano “Pops” Rotelli died in 2016 at the age of 107 years old, and he started most of them with a shot of Jim Beam Black in his morning cup of joe.

Susannah Mushatt Jones ended her life aged 116 in 2016. She started every day the same way, with a breakfast of bacon, eggs and grits.

Violet Mosses Brown was 117 when she passed away in September 2017. The Jamaican liked fish, mutton and cow feet (you’ll have to put in a special order at the butcher) along with locally grown produce such as mangoes, sweet potatoes and oranges. But no alcohol for her.

Yisrael Kristal was the oldest Holocaust survivor before he passed away in 2016 at 113. He didn’t overindulge, but had an affinity for a daily helping of pickled herring. His daughter reported that as a “younger man” in his 80s, he enjoyed both wine and beer.

Lessie Brown is currently the oldest person in the U.S. on record. What’s her secret? Sweet potatoes, which she downed every day until she was 110.

Matilda Curcia celebrated 100 years this March. The San Franciscan exercises regularly by walking and biking with a companion, then tops it off with beer and potato chips.

Eunice Modlin eats two pieces of dark chocolate before settling down for a daily nap. The 102-year-old exercises regularly, grows the bulk of her own food and often dines on fish.

Francisco Nunez Oliviera ate a slice of sponge cake made with local olive oil and a glass of milk for breakfast every day before he passed away at the age of 113. Another habit was a nightly glass of wine, and the rest off his diet was mainly vegetables grown on his own land.

Posted by Society of Certified Senior Advisors at 12:50 PM