Can Dieting Make You Fatter? 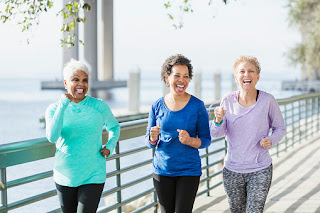 Clearing up myths on metabolism and weight loss can lead to better outcomes.

Everything you think you know about dieting is probably wrong. Research shows that crash dieting can drastically lower your metabolic rate for years, if not longer. Plus, it’s a lot harder to speed up metabolism than to slow it down. But we now know which habits successful dieters have in common.

Have you ever tried to speed up your metabolism to lose weight? We now know that’s pretty much impossible. Let’s look at what scientists have learned about metabolism and how it affects weight gain and loss.

Some people think of metabolism like an organ or a brain function. But it happens in every cell in your body. Metabolism is a series of chemical processes that turn energy (the calories you eat) into fuel, according to researcher Michael Jensen, who studies obesity and metabolism at the Mayo Clinic. "It's the culmination of different tissues with different needs and how many calories it takes to keep them functioning," he says.

Your major organs, such as your liver, brain, heart and kidneys, use about half of the energy your body burns while at rest, your basal metabolism. Your muscles, fat and digestive system account for the rest.

If you’ve ever exercised to lose weight, you may not have been successful. That’s because your body burns the vast majority of calories while you are at rest. This basal metabolic rate accounts for about 80 percent of your caloric use. Digesting food requires another 10 percent, and exercise burns about the same, unless you’re a professional athlete or you have a physically demanding job.

“We don’t understand the mechanism that controls a person’s metabolism,” admits Will Wong, a researcher and professor at the Johns Hopkins Center for Metabolism and Obesity Research.

Two people who are the same size, weight and body mass can have different metabolic rates that allow one to eat a lot more calories than the other without gaining weight. Certain families seem genetically disposed to high or low metabolism, while the amount of lean muscle to fat and a person’s age are also factors.

The older you are, the more metabolism slows down. The continual decline in metabolism kicks in at about age 18, although scientists haven’t figured out why. And if you’re a woman, you’ll never burn as many calories as a man with similar body composition.

You would need an expensive metabolic chamber to get a really accurate read on your own metabolism, but try an online calculator to get a general idea of where you stand. It will estimate how many calories you can eat per day at rest without gaining weight.

Sorry, but downing another cup of coffee with the hope that added caffeine will magically burn off more fat just doesn’t hold up to modern science. Exercising to build muscle with the expectation of significant weight loss? Nope, it’s a myth. Same for eating spicy food like chili.

The effect of caffeine and spices is so negligible that it would never have an impact on your weight, says Jensen. Building muscle can be a little more helpful, and it’s certainly good to keep your body strong. Muscles use more energy at rest than the same amount of fat pound-for-pound, so bigger muscles will burn slightly more calories.

But there’s a kicker. “If you have more muscle, it burns fuel more rapidly,” says Michael Rosenbaum, a professor and researcher at Columbia University who studies weight loss and metabolism. “But that’s only half the question. You have to fight the natural tendency to eat more as a result of your higher metabolism.”

Jensen also notes that most people don’t keep up the workouts required to maintain more muscle. “For most people, it’s kind of impractical,” he says.

Slowing Down Metabolism is Easy

Yes, what you’ve always suspected is actually true: It’s very hard to increase metabolism, but slowing it down is simple. In fact, research shows that a crash diet will do that in a matter of months, and the effects last for years, if not decades.

The process is called “metabolic adaptation;” as you lose weight, your basal metabolic rate slows down much more than would be expected from the amount of pounds you shed. This slowdown appears to be substantially larger than makes sense, and it seems to be particularly correlated with crash diets.

The latest research, published in the journal Obesity, followed contestants from season eight of the reality TV show Biggest Loser, where participants strive to lose the most weight in 30 weeks. Scientists examined body weight, fat, metabolism and even hormones at the end of the show and again six years later.

Each of the contestants had lost dozens of pounds by the end of the show, but six years later, all but one had regained much of the weight, and four weighed more than when the show began.

What was striking was the slowdown of the participants’ metabolism over the study period. Their bodies burned an average of 500 calories less than what would be expected given their weight, and the effect lasted six years later, in spite of the ensuing weight gain.

This may be the body’s way to fight to maintain a set point, or weight range, according to Sandra Aamodt, neuroscientist and author of the book Why Diets Make Us Fat. She says that your body can get used to its new, larger size once you’ve gained weight. Then, when that weight drops, the body goes into overdrive to prevent the loss. Metabolism is slowed, and hunger increases while the feeling of satiety from food goes down.

"I don't think that most people appreciate how big these metabolic changes can be when people lose a lot of weight," Aamodt says. "Weight gain and loss are not symmetrical: The body fights much more strongly to keep weight from dropping than it does to keep weight from increasing.”


However, there appear to be two ways to avoid this phenomenon. Surgically-induced weight loss is immune to the effect. Second, losing weight slowly minimizes any reduction in metabolism.

Jensen aims for patients to lose about 20 pounds over a four month period. "We don’t really see that much of a drop in resting metabolism [as seen in the Biggest Loser study]. With slow, gradual weight loss, the metabolic rate holds out really well.”