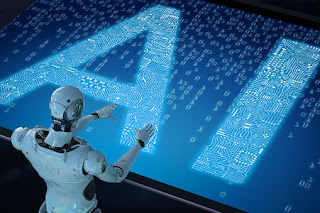 Everyone says a recession is coming, but the McKinsey Global Institute anticipates an added 1.2 percent to annual gross domestic product growth from artificial intelligence alone.

The gig economy is morphing, and many older adults who work these temporary, flexible jobs, often on contract, should take note. The growing trend toward artificial intelligence (AI) may also mean it’s time to realign your investment portfolio to maximize future returns. AI is expected to pump gross domestic product (GDP) over the next decade or so as an estimated 70 percent of companies adopt it in at least one form, according to a recent report.

Physicist Stephen Hawking famously said that AI could be “the worst event in the history of our civilization.” What’s important for most of us is to keep abreast of how it may impact the job market and our retirement portfolio.

A recent report by McKinsey Global Institute analyzes the likely impact of the growing use of AI on the world economy. Two key findings:

The analysis done by McKinsey predicts that countries that lead the world in the adoption of AI could attain another 20 to 25 percent more in economic benefits when measured against current levels. That puts AI on a plane with other transformative technologies in our past, such as the steam engine.

Developed Nations Will Benefit Most

Just as AI has the potential to increase the wealth gap among workers, a broader look indicates the same dynamic may apply to countries. Those that lead in AI development and adoption are likely to capture the most benefit, while trailing nations might expect only a 5 to 15 percent benefit.

Countries where wage rates are high and the working population is aging have more incentive to replace human labor with machines. The world’s two largest economies, the U.S. and China, are racing to develop and implement AI technology in a bid to capture higher productivity growth. The Chinese government has invested heavily in AI with the goal of becoming the world leader by 2030.

"Without AI, China might face a challenge to achieve its target growth rate," says Jeongmin Seong, a senior fellow at McKinsey Global Institute in Shanghai and an author of the report.

The report notes a wide range of impacts, not all of them positive at first glance. Implementation will require a larger outlay of cash for corporate and societal restructuring. Employment will be disrupted, and likely lead to a greater income inequality, according to Takashi Miwa, chief Japan economist at Nomura, a Japanese financial holding company.

On the plus side, the report anticipates the economy will grow through a variety of conduits. For example, robots and self-driving vehicles will substitute for human labor, and products and services will increase as data flows more easily. The wealth bump will likely be felt more by white collar workers and investors in developed economies, while emerging economies reap only about half the benefits, according to the report.

Companies Will Be Affected Differently

Front-runners, primarily located in developed countries, are expected to be those that fully absorb AI tools within five to seven years. Non-adopters were considered to be those that shun the technology altogether or will underuse it as of 2030. The projected difference between the two in the analysis was stark.

Enterprises embracing AI will benefit disproportionately, with an implied annual net cash-flow growth of 6 percent for the next decade and beyond. These companies have a strong IT base, tend to already invest in AI and view the technology positively. Conversely, non-adopters could suffer a 20 percent decline in cash flows.

Individual workers will see changes, according to the report. AI favors jobs that require more digital skills, while those that are repetitive and/or use lower-level digital skills are likely to shrink to about 30 percent of total employment in 2030, as opposed to 40 percent today. The higher-level tasks in non-repetitive activities are likely to rise from about 40 percent today to more than 50 percent by 2030. For an explanation of the hierarchy of jobs done with AI by robots, look here.

These predicted shifts would impact wages, with about 13 percent of the total bill moving to non-repetitive, more skilled jobs. The report predicts workers in lower digital skills categories could become subject to wage stagnation or even a decline.

However, the net employment is predicted to remain fairly stable. The report suggests that full-time employment will stay relatively flat.

No one can predict the future, but the report suggests that the gig economy that sustains many older adults will change, perhaps dramatically. Uber and Lyft drivers can be replaced by self-driving cars, cashiers may become obsolete (as already seen in Amazon Go stores) and your next Walmart greeter could be robotic.

Investors should take note of AI’s potential at both the corporate and global level. You may want to seek out companies investing heavily in the technology, or those that are disrupters due to technological innovation.

Finally, our community needs to think about what the future job landscape may mean for programs like Social Security. Robots won’t need a retirement plan, but how will government benefits be generated and divided among citizens if they’re not doing the work? What about health care and pensions? A recent panel of experts discussed some of these impacts during a forum at Brookings, but talks will need to continue.

Posted by Society of Certified Senior Advisors at 1:11 PM