American Cities Where You Can Retire on Social Security Alone 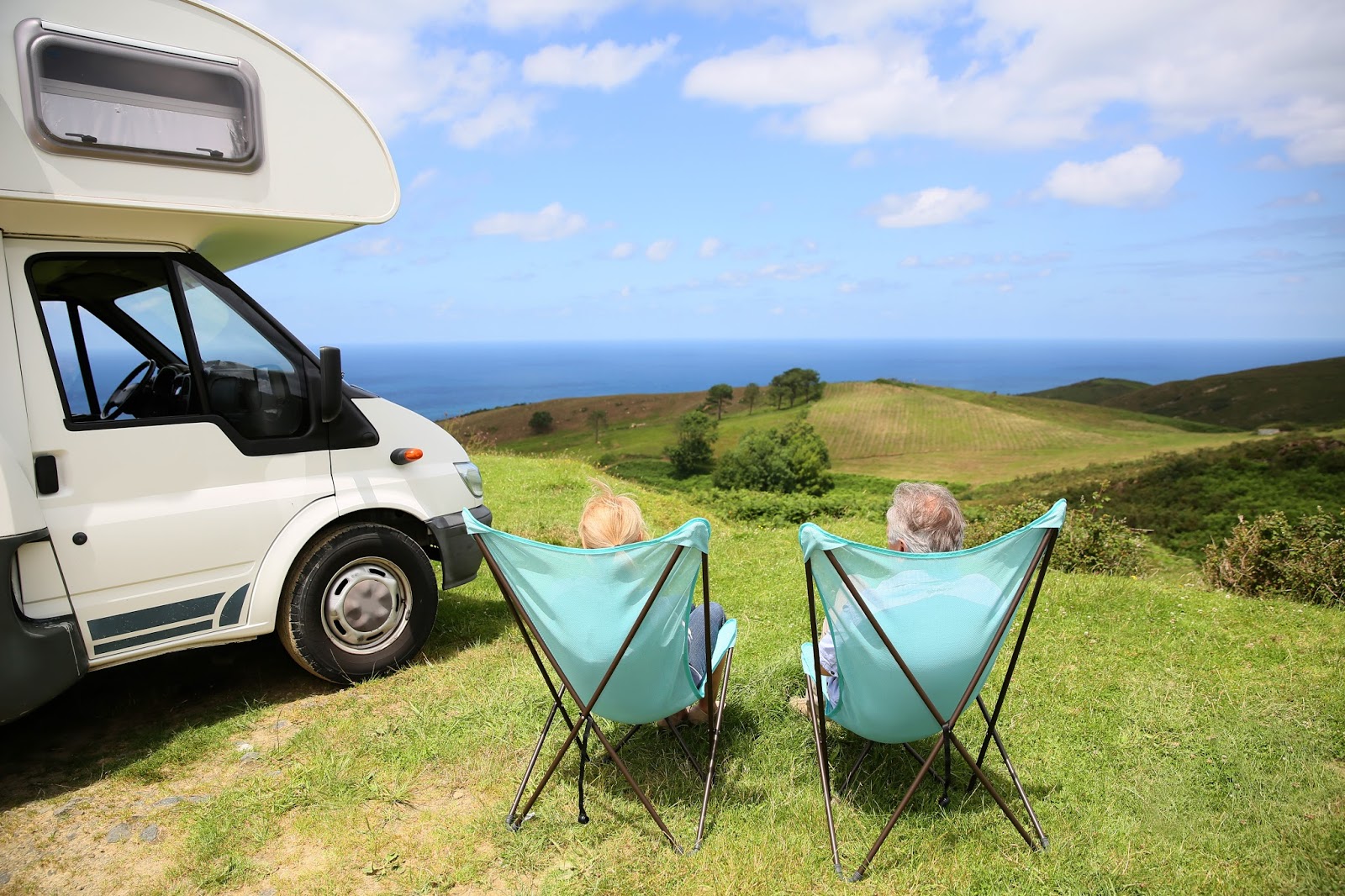 Americans with no retirement assets can still live well in many communities across the country.

Retirement can be frightening if you’re one of 45 percent of American working households with no retirement assets. Many older adults count on their monthly Social Security check for 90 percent or more of their income. Often, people nearing retirement ask themselves how in the world they’ll get by, much less have a quality of life that meets their hopes for their golden years.

As of June 2017, the average Social Security check for a new retiree was $1,413.08. Spending on groceries across the country is in the range of $240 a month, according to the Bureau of Labor Statistics, leaving about $1,163 for a single retired person to live on. With the national average rent for a one- bedroom apartment setting you back from $900 to $1,200, you may be asking yourself how you’ll survive.

The biggest cost for retirees is housing, so that’s where a change can have the most impact. The U.S. is large and diverse enough to offer an array of surprisingly affordable pockets where you can live quite well. These locations are spread across the country, so you can choose according to climate, proximity to family members and other factors.

Some retirees are looking for the intimacy of a small town in rural America, while others prefer the activities available in a more urban environment. The good news is that both are available in locales that combine a low cost of living with manageable tax burden, or sometimes no state tax at all. We haven’t forgotten the need for good health care, which is available in or near all of the options listed below. So, take a look at the list and start planning the move that will let you live well on what you have!

Buffalo, New York: For affordable living, shuffle off to Buffalo, rated the cheapest city in the U.S., according to a recent SmartAsset analysis. This gateway for commerce and travel at the Canada-U.S. border sits on the eastern shore of Lake Erie, making winters decidedly chilly. But residents can travel 16 miles north to view Niagara Falls, or stay in town and enjoy an extensive system of parks and historical communities.

Johnstown, Pennsylvania: Boasting the cheapest rent in the country at about $466 per month, according to data from the U.S. Census, Johnstown is home to the University of Pittsburgh and five national historic districts. The former steel town has seen a resurgence in recent years. The regional medical, educational, cultural and communications center has attracted several industry giants, including a pair of defense corporations.

Pittsburgh, Pennsylvania: Located at the confluence of two major rivers, this former steel town is home to 68 colleges and universities, as well as a bevy of modern tech companies. Sports fans find plenty of home teams to cheer on, and history buffs can explore the city’s numerous museums. Parks abound in this city that has continually placed first or second in The Economist’s most recent Global Livability Rankings.

Rochester, New York: Sitting on the southern shore of Lake Ontario, winters are frosty. But if you don’t mind the snow, this upstate city is a hotbed of invention and innovation, thanks to several universities. It was the 2007 winner of “most livable city” in the Places Rated Almanac, and continues to garner accolades for excellent public schools coupled with low cost of living.

Akron, Ohio: The Midwest often sports lower prices than other parts of the country, and Akron is especially affordable. The so-called Rubber Capital sits on the Erie Canal 39 miles south of Lake Erie. The economy today is diversified by manufacturing, education, health care and biomedical sectors. The University of Akron hosts the Goodyear Polymer Center, and Goodyear Rubber and Tire continues to fund numerous campaigns to reinvigorate the city.

Dayton, Ohio: Health care accounts for much of the area’s economy, and several top-rated hospitals are located in Dayton. Home to the National Museum of the United States Air Force and birthplace of Orville Wright, the city has long been affiliated with the aviation industry. This tradition continues with a high concentration of aerospace and aviation companies. Ten historic districts enhance the city, which ranked second in the country for arts in a recent readers’ poll by American Style magazine.

Fort Wayne, Indiana: Check out the Foellinger-Freimann Botanical Conservatory, local historical museums or the Black Pine Animal Sanctuary in this city that is a center for the defense industry, among others. Three rivers augment a park and boulevard-style city plan with several historic districts. Take the grandkids to the renowned children’s zoo or interactive science center.

Grand Rapids, Michigan: For a city with a booming health care industry, plenty of outdoor recreation, and a secure spot on the forefront of modern art and culture, Grand Rapids remains surprisingly affordable at about $500 for median monthly rent. Nicknamed the River City, it sits on the banks of Grand River and was historically a timber town and hub for furniture manufacturing. Residents have to tolerate cold, snowy winters and humid summers, but get lovely spring and fall seasons in return.

Indianapolis, Indiana: This Crossroads of America is within a day’s drive of 70 percent of the nation’s population. Indianapolis has developed a large following for both amateur sports and auto racing, as home of the Indianapolis 500. This economically thriving city is home to the world’s largest children’s museum (bring the grandkids!) and the biggest privately funded zoo. Historic buildings and plenty of public art round out the offerings.

Springfield, Missouri: This lively town in the southwest corner of the state boasts more than 100 parks, including some that are perfect for canoeing and kayaking. Bike paths crisscross the town, and lakes and streams are popular with fishermen. A one-bedroom apartment in town will only set you back about $500. Springfield is known as the Queen City of the Ozarks.

Athens, Georgia: As home to the University of Georgia, Athens features plenty of low-cost eateries and cultural opportunities, including world-class art and music venues that attract top talent. A famous annual road bike event is known as the Twilight Series. You’ll enjoy warm southern weather in this college town where the cost of living is about 6 percent lower than the national average.

Cape Coral, Florida: Are you searching for waterfront property and a sunny climate in a state that doesn’t levy income tax? Look no further than this Florida town sitting on the Gulf of Mexico and the banks of the Caloosahatchee River, with 400 miles of canals to navigate by kayak or canoe. Mobile, Alabama: Sitting on the Gulf Coast, this antebellum seaport community offers plenty of interest for history buffs, having been a colony of France, Britain and then Spain before being annexed into the United States. Culture enthusiasts can enjoy several art museums, a symphony orchestra, professional opera and ballet, and the oldest organized Mardi Gras celebrations in the country.

Memphis, Tennessee: If you love music and culture and are looking for big-city life, Memphis may be exactly the place for your perfect retirement. The famous Memphis Blues sound originated here, and the city is home to eclectic music genres, including country, soul, rock ‘n’ roll and hip-hop. The World Championship Barbecue Cooking Contest takes place in Memphis, which is also home to the National Civil Rights Museum. The median home price in the city is just south of $100,000, according to Kiplinger.

Richmond, Virginia: Sitting on the James River, Richmond is packed with history, including Patrick Henry’s famous “Give me liberty or give me death” speech in 1775 at St. John’s Church. Located just two hours south of Washington, D.C., the city’s Jackson Ward neighborhood is a center of black culture and commerce.

Shreveport, Louisiana: Founded along the Red River, Shreveport is the commercial and cultural center of the Ark-La- Tex region, where the three states meet. The Louisiana State University Health Sciences Center provides optimal health care. Lately, the services industry dominates the community, including a growing business in gaming.

Boise, Idaho: Are you in search of an adventurer’s paradise? Boise offers a stepping-off point to immense natural beauty, with hundreds of nearby hiking trails paired with big-city culture. Dry summers and temperate winters draw various enthusiasts. A lively arts and entertainment community features many free or low-cost events. Lifelong learning gets a nod at Boise State University, where classes for those 60 and older cost a mere $5 per credit hour.

Colorado Springs, Colorado: Situated at the base of Pikes Peak in the Rockies, this city offers unparalleled access to hiking trails and other recreational opportunities right outside your door and is home to 24 governing bodies of sport, including the United States Olympic Training Center. Scenic beauty combined with an average of 243 sunny days every year makes an enviable climate for any age.

Reno, Nevada: Just over the mountains from Lake Tahoe, Reno sits at the foot of the Sierra Nevadas. Famous as a gambling town, it’s surrounded by an expanse of open land. Southwest of the international airport, a local herd of mustangs grazes near the runoff from Steamboat Creek. Events held in Reno throughout the year include a classic car convention, motorcycle rally, air races, bowling tournaments, hot air balloon race and a Cinco de Mayo celebration.

Spokane, Washington: If you love outdoor activities, Spokane may be your ideal retirement city. Located on the Spokane River, its official nickname is the Lilac City and gardeners will find the climate ideal for a wide variety of plants. Washington State University boasts two medical school branches. The local Northwest Museum of Arts and Culture is affiliated with the prestigious Smithsonian Museum.

Albuquerque, New Mexico: In 2016, the city was named one of the 50 best places to live in America by U.S. News & World Report. Albuquerque boasts a blend of modern culture and Native American history with a diverse population to match. Best known for the annual hot air balloon festival, it has close proximity to hot springs and forests, including Bandolier National Monument and the Valles Caldera Preserve.

Oklahoma City, Oklahoma: National Geographic recently gave this Midwestern city a shout-out for its community boathouse, West River Trail and rebuilt Midtown. Sitting in the Great Plains, Oklahoma City is conveniently located on a major corridor between Wichita, Kansas and Texas. The city is packed with museums for everything from banjos, to cowboys and western heritage, to animal osteology (skeletons).

San Antonio, Texas: This large southwestern city with a rich colonial heritage and warm climate has the added benefit of being home to the latest technology at University Hospital. A river walk meanders through downtown, which is home to abundant history (think The Alamo), multiple museums and a thriving arts scene. Texas is one of a handful of states with no state tax.

Tucson, Arizona: If you want sunny warmth all year round, look no further than this small city south of Phoenix in the Sonoran Desert. Enjoy the Desert Museum or Botanic Gardens, then take your pick of some of the best Mexican food north of the border. Ringed by forested mountains, Tucson offers plenty of recreational opportunities, from parks to bike trails, and is home to the University of Arizona.

“How Big Is the Average Person’s Social Security Check?,” The Motley Fool.

“Best Places to Live on Only a Social Security Check,” Go Bank Rates

“Best Cities to Retire on Just Your Social Security Income,” The Balance.

“5 American Cities Where You Can Retire On Just Social Security,” Wise Bread.

Posted by Society of Certified Senior Advisors at 2:18 PM