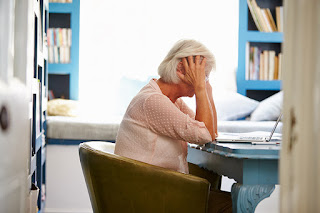 A new report estimates that the Social Security Administration underpaid benefits by about $131.8 million.

More than 80 percent of widows and widowers were not made aware of an option allowing them to claim a higher monthly social security payment, according to a recent audit report.

Widows and widowers can file an application for two kinds of benefits, both for their own retirement and as a surviving spouse. The Social Security Administration (SSA) is required to advise claimants that it may be beneficial to delay filing for retirement benefits until age 70, when it reaches the maximum, while still receiving survivor’s benefits in the meantime. If retirement benefits will be higher at age 70 than survivor’s benefits, this option makes sense.

The audit found that in many cases, SSA employees were failing to explain the option to beneficiaries. Approximately 11,123 beneficiaries would have increased their payments by delaying their retirement application, according to the research. Of those, 9,224 beneficiaries age 70 and older were likely underpaid to the tune of more than $130 million.

In addition, the report estimated that the SSA will underpay another $9.8 million to 1,899 beneficiaries below the age of 70.

Auditors randomly sampled 50 beneficiaries to discover the problem. The report cites specific cases, including that of a 70-year-old widow who received $39,708 in combined retirement and survivor benefits between August 2015 and September 2017. If she had been made aware of the option to delay her retirement benefits until she turned 70 and then waited, she would have received $52,708 in the same time frame. The difference between what she was actually paid and what she would have been eligible for is a whopping $13,000, or about $500 a month.

The moral of the story is to research your own situation on the SSA website, and be ready to ask questions and request a second opinion before you accept a questionable determination of benefits. Likewise, if you think your own benefits should be higher based on this story, contact the agency.

Posted by Society of Certified Senior Advisors at 2:39 PM