The Frightening Allure of Senior Gambling 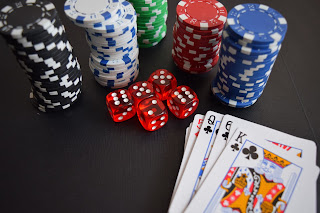 Casinos are pandering to older adults, reliably hitting the jackpot on one in eleven who will become addicted

Gambling hotlines are lighting up with calls from Grandma and Grandpa. Consider the case of Beauford Burton, a North Carolina man who got hooked on slots in his 60s. He and his wife began making the drive to a casino a couple of hours away, where they were enticed into gambling away $50,000 in one year, about Burton’s annual salary as a senior textile manager.

The pair would often stay longer than planned when the casino offered them a free room for the weekend. They could take advantage of special perks like free drinks and food, and preferred seating in restaurants. Once, the parent company of the casino flew the couple to their Nevada operation, all expenses paid – except for their gambling.

Burton kept playing with $100,000 drained from his 401(k). When that was gone, he cashed in a life insurance policy. He gambled with cash advances on his credit cards, and with Social Security checks that were supposed to cover utility bills. At last, in 2008, he lost his home to gambling debts and was forced to confront his problems.

"As you start to lose, you think, this is a luck thing, my luck is going to change," Burton now says. "But the more you go, the more you lose. It ends up in desperation. I can see how people get so deep that it causes them to take their own lives, because it gets really, really bad."

Whichever device you choose, the time from when you press the device to when you get a live response should be measured in seconds, not minutes. About 20 to 40 seconds is typical. The base unit works hands-free, so all the caller needs to do is request help. The best devices allow the user to notify the agent whom to call, because sometimes a neighbor or family member can help, while other situations require an emergency response. Most services get your medical information upfront, including health conditions, medications, allergies and who your doctors are, so it can be relayed to emergency services.

Almost half of the more than 100 million annual visitors to America’s casinos are aged 50 or above, contributing to record profits of $37 billion in 2014, the last year for which numbers are available. That is more money than Americans spend on professional sports. One poll revealed that 70 percent of older adults had gambled in the previous year.

Once upon a time, there were two gambling meccas in the United States: Las Vegas and Atlantic City. But the 1988 Indian Gaming Regulatory Act legalized gaming on Native American land, and since then casinos have proliferated. More than 1400 casinos in 40 states provide a range of amenities designed to fill seats, often in off-peak hours, with retired adults.

The longer people stay, the more money the casino makes. According to author Natasha Dow Schüll, a professor at NYU who studied the industry for more than 15 years, 70 percent of patrons have loyalty cards which casinos use to gather information about how often they visit, which games they prefer, how long they play, how often they win and lose, how much they wager, what time of day they prefer, etc. Such sophisticated information-gathering easily allows casinos to pinpoint their top spenders.

Disability is no barrier at the casino. Parking lots feature more handicapped spots than a hospital. Many offer free scooters or wheelchairs to get around wide gaming aisles that are easy to navigate. In the bathroom, older adults might find free oxygen, adult diapers, and a receptacle for the used needles of diabetics. Free or low-cost food and drinks abound, and ergonomically-designed seating encourages long spans of sitting. Daytime entertainment includes magic shows, polka dancing, and golden oldies performers.

But the coup de grace that keeps many seniors returning is the “personal” attention delivered through birthday cards and “We’ve Missed You!” notices from the casino when the player has been absent. Weekly mailings deliver vouchers for free play, and ticket deals on shows.

Many older adults see the casino as a place to relieve social isolation, loneliness, and grief, according to 2011 research from the Journal of Gambling Studies. Casinos even assign hosts to bigger gamblers in an attempt to squeeze more money out of them by seeming to fill these voids. One such host called Burton at home to tell him about specials, ask about his health, and remind him to take medications. At the casino, the host sometimes sat with him at meals.

But the care and concern are just a pretext to encourage return visits and prolonged stays that lead to more losses.

"The whole premise of a host is to extract as much money from that player as possible," says ex-host John Talmage-Mathis. "For older people, the host becomes their friend, giving them attention they may not be getting from their children or friends."

Seniors are Especially Vulnerable to Addiction

Addiction experts worry about the tactics casinos use to attract older gamblers. They fear that seniors are at greater risk of developing a problem gambling habit as they age. A troubling 2005 study by David Oslin, a professor of psychiatry at the University of Pennsylvania Medical Center, revealed that 1 in 11 adults more than65 years old had bet more than they could afford to lose in the preceding year. Those results indicate that at least four million older Americans could be problem gamblers.

“That’s a higher rate than we have for most diseases,” Oslin says.

Aging comes with increased risk factors for addictive behavior. One study found that a common theme of isolation triggered problem gambling among seniors. Older adults turned to gambling to deal with unresolved grief, complicated by preexisting impulsivity and habit formation that led to addiction. In addition to social isolation, loneliness, or the loss of a spouse, age-related cognitive decline plays a role.

Changes in brain anatomy and chemistry, especially at the frontal area in charge of executive functioning "may render older adults particularly vulnerable to the stimulation provided by the slot machine," according to clinical geropsychologist Dennis McNeilly of the University of Nebraska Medical Center in Omaha.

Surveys show that dementia affects nearly 14 percent of Americans more than 70 years old. Almost half of that population are underdiagnosed. In fact, the senior herself often doesn’t realize she is affected. A person with mild dementia might appear fine on the surface and have normal scores on standard neuropsychological tasks, so the condition is impossible to detect.

"With both the reward system and impulse controls impaired, that creates the perfect storm for someone to develop problems with gambling," says Michael Hornberger, a neuroscientist at the University of East Anglia in England. Problems with cognition may impair the affected person’s ability to understand the worth of money, while dementia sufferers often repeat a behavior, such as pushing a button on a slot machine, over and over.

Medication can play a role in compulsive gambling. One neurologist was surprised to hear that several of his Parkinson’s disease patients began to have problems limiting their gambling after their doses of dopamine agonists, used to inhibit motor dysfunction, were increased. When the drug was stopped, the behavior ended.

Finally, an older adult with a gambling problem may worry that sharing it with a family member could lead to a loss of autonomy. Seniors (and compulsive gamblers of all ages) may become masters at disguising their habit, especially if family lives out of town.

Still, many older adults are able to make the occasional trip to a casino and confine their losses to manageable amounts while enjoying socialization. Industry advocates defend the right of seniors to enjoy what casinos offer.

“If seniors are enjoying the entertainment product we provide, there’s no reason why they shouldn’t be able to enjoy that in a responsible manner,” according to Chris Moyer, senior director of public affairs for the American Gaming Association.

Moyer points to the pamphlets on addiction provided by casinos to educate patrons. The educational materials give a toll-free help number for gamblers to call (800-522-4700), and tell players about a self-exclusion list they can voluntarily add their name to.

"The casino gaming industry takes extraordinary measures to spot those who need help and connect them to treatment," Moyer says.

Burton could only quit after declaring bankruptcy. He now lives with his wife in a modest apartment, and speaks out often on the dangers of gambling while taking responsibility for his old habit.

"I can't put total blame on those people because I was the one ignorant about it," Burton says. "But the casinos do try to make things as exciting for you as they can."

“How the gambling industry preys on senior citizens,” Salon.

“It’s Not Just a Penny Slot Machine: Gambling Addiction in Seniors,” A Place For Mom.

Posted by Society of Certified Senior Advisors at 7:44 AM