Investing According to Your Values 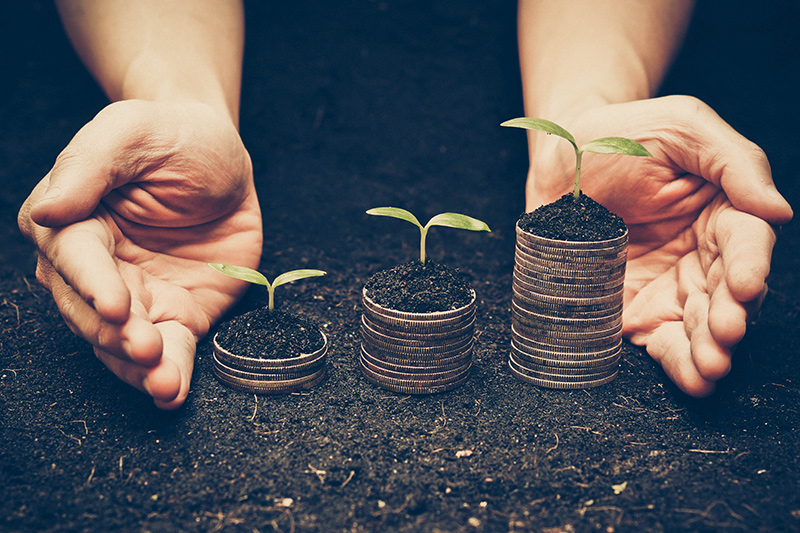 An increasing number of funds align themselves with environmental, social and corporate governance ideals.

For those who want to combine their social values with their financial investments, socially responsible investing (SRI) would seem to be the perfect choice. Funds that invest according to a certain set of principles—such as environmental—are becoming more popular. At the outset of 2016, U.S. assets that use SRI strategies grew to $8.72 trillion, an increase of 33 percent since 2014, according to the Forum for Sustainable and Responsible Investment. Today SRI funds account for more than one out of every five dollars under professional financial management in the United States.

Mutual funds that invest in a range of SRI strategies are increasing: More than 45 new funds opened over the past five years. All told, 181 U.S. mutual funds and 39 exchange-traded funds practice SRI in one form or another, according to Kiplinger's Personal Finance, including industry heavyweights BlackRock and Goldman Sachs Group. Much of that investment money comes from institutions, primarily pension funds, foundations and college endowments.

That number is expected to grow as millennials start to invest more as they get older. Several surveys have found that Americans born between the early 1980s and early 2000s are more committed than previous generations to socially responsible issues, particularly sustainability, when they invest, even if it means they don’t make as much profit.

SRI funds cover a wide range of issues, and while some funds emphasize specific areas—such as the workplace—others try to cover all the bases. The approach is often two-pronged: Avoid companies that sell items that can be considered harmful, such as firearms, alcohol, nuclear power, pornography or military weapons, while focusing on companies that promote positive actions. To determine if a company is socially responsible, investors use three main criteria—termed ESG.

1. Environment. Factors that focus on the natural environment can include reducing emissions or investing in sustainable or clean energy sources, while avoiding industries such as coal mining. Environmental concerns are the biggest reason that investors buy SRI funds, according to the Forum for Sustainable and Responsible Investment, with climate change and clean technology topping the list.

2. Social. How a company treats its employees, customers and suppliers can be a barometer of its commitment to social responsibility. This category includes equal employment and diversity, labor and human rights, and the exclusion of companies doing business in countries with repressive regimes or that sponsor terrorism.

3. Governance. When evaluating a company, some investors look at its leadership and diversity (are women and minorities in upper management?), how much it pays top executives, the regularity of audits, its internal controls and shareholder rights.

Beyond ESG is another popular category of SRI: faith-based funds for those who want their investments to match the principles of their Christian, Jewish or Muslim faith.

Whether SRI funds are as good an investment as non-SRI funds is debatable, with conflicting figures as to their worth. Certainly, some SRI funds outperform the market, while others lag behind.

A 2014 research study by the firm CDP found that corporations that actively manage and plan for climate change achieve an 18 percent higher return on investment than companies that ignore the issue, and 67 percent higher than companies who refuse to disclose their emissions, according to Forbes.

The Wall Street Journal thought the topic was controversial enough to warrant publishing two opposing viewpoints. The pro-SRI columnist pointed to several studies that backed his contention that SRI funds were good investments. Firms with greater shareholder rights outperformed the market, and companies with “high eco-efficiency—that generate the least waste relative to the value of their products and services”—also outperformed. The returns of the 100 Best Companies to Work for in America—reflecting that employees were well treated—beat their peers by 2.3 to 3.8 percentage points a year from 1984 to 2011.

The opposing view listed reasons why an SRI was unlikely to produce superior returns. For example: the lack of consensus on how to define corporate social responsibility or how to construct a portfolio based on the concept, the “limited and often flawed” data used to assess a company’s social responsibility, and the fact that a company’s current record or reputation can be a poor predictor of its future behavior.

But many SRI advocates say that a better financial performance than average is not the point. They would rather get a smaller return in exchange for following their principles.

A Wide Range of Funds

SRI funds come in all shapes and sizes. One of the largest and most successful SRI funds is the Parnassus Core Equity Fund, which beat the S&P 500 over a 15-year period, according to the Motley Fool. The fund won’t invest in companies that generate a significant portion of their revenue from alcohol, tobacco, weapons, nuclear power, gambling or fossil fuels, or from operations in the country of Sudan.

Critics often take issue with SRI funds’ subjective judgment. For example, the Parnassus fund doesn’t invest in Coca-Cola stock because it sees its product as unhealthy, or Wal-Mart because the retail giant has drawn business away from the downtown core of many towns.

Parnassus also rejects Microsoft because of its "competitive dynamics." But the technology company is the second-largest holding in Vanguard's FTSE Social Index Fund, the biggest SRI index fund and one that includes adult entertainment stocks, something many other SRI funds avoid.

Going in a different direction is the SDPR SSGA Gender Diversity Index ETF, which invests in companies with a high ratio of women to men at the executive level, giving extra weight to gender diversity on boards of directors. Some studies have shown that companies led by women have done better than those helmed by men.

One SRI bond fund, the TIAA-CREF Social Choice Bond Fund, has beat the bond index by an average of 1.2 percentage points per year, according to Kiplinger's Personal Finance. While 70 percent of its investments go to U.S. firms that have the best ESG ratings, 30 percent is for “impact investing.” An example of a measurable and positive impact is the fund’s investment in Topaz Solar Farm in California, which powers 160,000 homes. In terms of reducing carbon dioxide, this has the same effect as taking 73,000 cars off the road, according to one of the fund’s managers.

An example of a faith-based fund is Eventide Gilead, a Christian-based fund that promotes “biblically responsible investing.” This fund will not invest in alcohol, tobacco, pornography and companies that allow abortion. Apparently, upholding your religious principles pays off. Since Gilead’s launch in 2008, the fund has returned 14.9 percent annualized, which beats the S&P 500 by an average of 6.0 percentage points per year.

“Is Socially Responsible Investing on the Rise?,” December 2016, AARP Bulletin.