Don’t Be Shy About Belting It Out 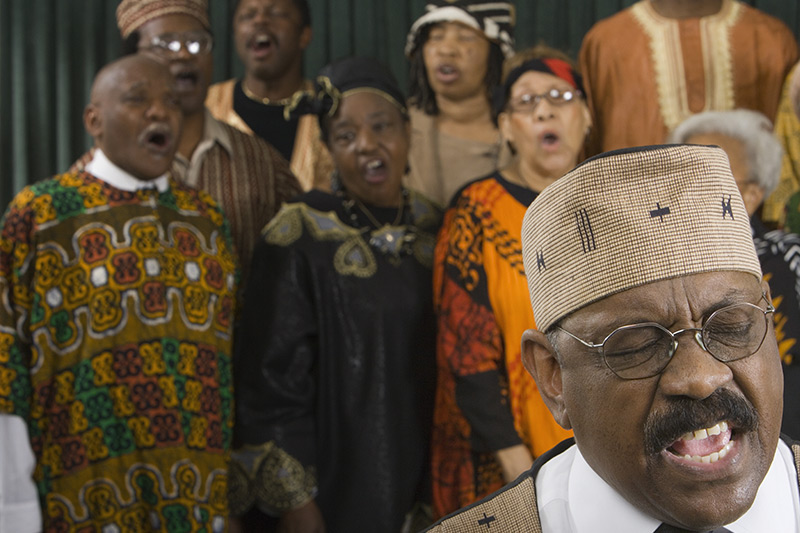 In Minnesota, a group of singers ranging in age from their 60s to 90s entertain audiences with renditions of “Stayin’ Alive,” “I Love Rock and Roll” and “Blowin’ in the Wind.” Alive & Kickin is billed as “the Twin Cities’ premiere rockin’ senior ensemble group,” although, as one musical critic pointed out, there may not be too much competition for that title.

In Colorado, the 100-member Singing for Seniors meets weekly for rehearsals that lead to performances at churches and senior living facilities. Members, all over age 50, say that the rehearsals are the highlight of their week.

In Delaware, the Choral Society's Singing for Seniors program has promoted senior choral groups in the area, encouraging more than 3,000 older adults to make music together since the program started in 2005. As one conductor, who retired at age 94, put it: “You don't stop singing because you grow old; you grow old because you stop singing."

Indeed, science is discovering that people who lift their voices together in song experience amazing health benefits, including exercising the lungs and combatting stress. An increasing number of people are discovering the joys of singing. Chorus America reports that an estimated 42.6 million Americans regularly sing in choruses today. More than 1 in 5 households have at least one singing family member, making choral singing the most popular form of participation in the performing arts for both adults and children.

It’s easy to make a case for joining a choral group. Not only can you get some of the same health benefits as those you achieve from going to the gym, you get to enjoy others’ company and have fun at the same time. Here are some of the touted benefits:

Provides exercise. Singing can be considered a fun workout. It pumps your lungs, strengthens your diaphragm and stimulates circulation.

Eases asthma. Some research, still in the early stages, has found that singing slightly improves lung function and can ease mild asthma, as well as COPD (chronic obstructive pulmonary disease).

Promotes heart health. Like yoga, singing produces larger and slower breathing and improves heart rate variability, a measure of the amount of time between heartbeats. The same research found that chorus members register the same heart rates while singing, as if they were not only bringing their voices together as one but breathing as one.

Improves sleep. Singing helps strengthen our airways’ muscles. When these muscles are soft or weak, they vibrate, causing snoring and sleep apnea. A study comparing choir singers and non-singers found that singers had significantly less severe snoring. (There’s even a series of CDs, Singing for Snorers, that offers vocal exercises designed to stop snoring.)

Boosts immune system. Choir singers had their blood tested before and after an hour-long rehearsal. In most cases, the amount of proteins in the immune system that function as antibodies were significantly higher after the rehearsal.

Similarly, a group of cancer patients showed higher levels of immune system molecules called cytokines after an hour of choir singing, plus lower levels of the stress hormone cortisol.

Enhances memory. Because of improved blood and oxygen circulation, the brain works better, increasing concentration and memory. The U.K. Alzheimer’s Society offers a “Singing for the Brain” service to help people with dementia and Alzheimer’s jostle their memories. Some experts think that activities such as singing may help delay the onset of some age-related cognitive problems.

Eases depression. Singing releases endorphins, the brain chemical that makes you feel happy. And a small organ in the ear, called the sacculus, responds to singing’s frequencies and creates a pleasurable sensation.

Offers social connection. Making music together forms bonds, even when you may not know all the members of your choir. To blend with others’ voices, you need to be aware of and listen to everyone around you. Surveys have found that people who take part in singing groups feel more connected to other people and more self-confident, perhaps partly from being able to perform in front of others.

Although anyone can sing, certain techniques can help you become a stronger singer (from Wikihow):

Begin with breathing. When you inhale, let the breath fall below your belly button into your diaphragm. Repeat several times. Next, use your breath to practice keeping a light pillow-feather in the air and send it higher.

Warm up. Your vocal chords are a muscle, just like your biceps, and need to get stretched before you do any heavy lifting. Practice your major scales, starting with the middle C, moving down in half-steps before moving up. As you continue to warm up, you'll get better at articulating all the notes.

Find your range. Your range is the measure of pitches you can sing between your lowest and highest notes. Try any number of classical musical scales (you can easily find them with a simple online search) and see which low notes and which top notes are impossible to clearly sing.

Use a voice recorder. To see if you’re on key, record yourself singing. Also check to see if you are articulating words, especially vowels, clearly. In the beginning, over-articulate the words. Make sure you’re breathing correctly.

Avoid sounding nasal. Open your throat wide and keep your tongue out of the way (slightly forward, touching the backs of bottom teeth when singing vowels).

In addition, especially for older adults, having good posture is important because bending over limits the lungs’ air capacity. Preparing to sing means improving your posture first, so you can open your chest and be able to hold the notes longer. One choir director got her senior group to sit on the edge of their chairs, so they were forced to be erect.

“6 Ways Singing Is Surprisingly Beneficial To Your Health,” May 18, 2016, Prevention.

Posted by Society of Certified Senior Advisors at 10:29 AM