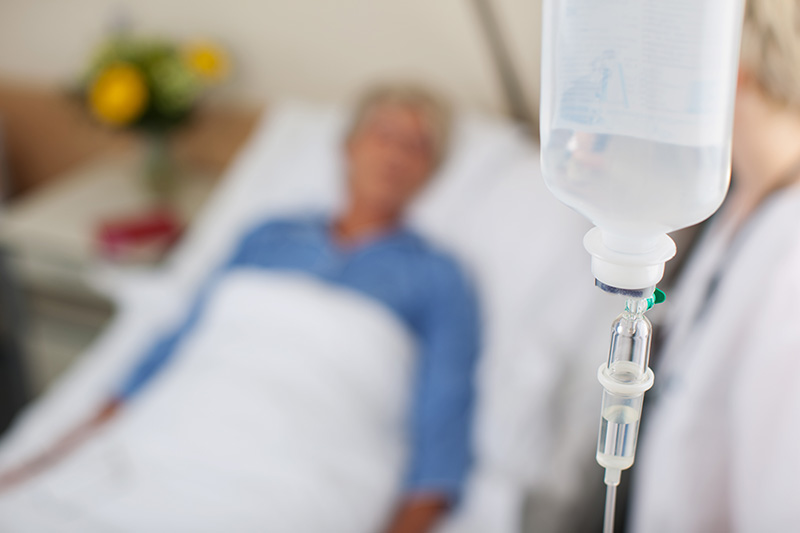 However, using the body’s own immune system to fight the No. 2 cause of death in the United States is still in early stages.

Artificially boosting the body's immune response to cancer has been called the most exciting advance in the treatment of tumors in the past couple of years. Cancer is the No. 2 cause of death in the United States. While good news for everyone, immunotherapy could be even better news for seniors, who have a higher chance of getting cancer than younger people. Many cancers in adults are not genetic, but are linked to environmental factors or lifestyle-related risk factors that accumulate over time, such as smoking or being overweight or obese.

Most recently, researchers at University of St. George's in London treated patients who had pancreatic cancer, one of the deadliest forms of cancer, with immunotherapy as well as chemotherapy. Patients who received both treatments lived significantly longer (years) than expected, while the overall median survival increased by 59 percent (2.6 months) (Science Daily). Normally, life expectancy following a diagnosis for pancreatic cancer is short, with median survival about six to 11 months.

In another study, scientists from the Fred Hutchinson Cancer Research Center used immunotherapy on 32 people with otherwise untreatable non-Hodgkin lymphoma, a blood cancer. After the treatment, seven people went into complete remission, while another four saw their disease progress more slowly (Time.com).

Although more than 100 types of cancer exist, they all work the same way. The disease starts when some of the body’s cells begin to divide without stopping and spread into surrounding tissues, forming growths called tumors. This uncontrolled growth is caused by changes to genes that control the way our cells function, especially how they grow and divide. We can inherit these genetic changes, but they can also result from damage to our DNA caused by environmental factors, such as tobacco smoke, radiation exposure, UV exposure and alcohol (see sidebar, “Examining the Alcohol-Cancer Link”).

The most widely used form of immunotherapy for cancer takes the so-called “brakes” off the immune system, telling it to start attacking cancer again. The body uses a mechanism, a “brake,” to keep the immune system from going overboard and attacking normal cells. In many instances, cancerous tumors tell the immune system not to destroy cancer cells. Blockade drugs, also called inhibitor drugs, block that mechanism, which frees killer T-cells to attack the tumor. The Food and Drug Administration (FDA) has approved four checkpoint blockade drugs to treat advanced melanoma, Hodgkin’s lymphoma and cancers of the lung, kidney and bladder.

“Generally, 20 percent to 40 percent of patients are helped by checkpoint inhibitors—although the rate can be higher among those with melanoma,” according to the New York Times. Some patients with advanced cancer have had remissions that lasted for years, but for others, the drugs don’t work at all or provide only temporarily benefits.

However, checkpoint blockades have side effects, as do other immunotherapy treatments. Removing the brakes can cause the immune system to attack healthy tissue as well as cancer, causing inflammation. Common issues include breathing trouble, diarrhea, joint and muscle pain, and rheumatoid arthritis. While such reactions can be serious, steroid medicines, such as prednisone, can often control them.

In this therapy, immune cells are removed from a patient’s body, reengineered to attack the cancer and then re-infused into the patient’s body. Because these treatments are personalized for each patient, they are more difficult and expensive than checkpoint inhibitors. Although results have been highly promising in early clinical trials, adoptive cellular immunotherapy is not yet widely available. This therapy has been used mostly for blood cancers like leukemia and lymphoma.

Cell therapy can produce complete remissions in 25 percent to 90 percent of patients with lymphoma or leukemia, depending on the type of cancer, according to the New York Times. In some cases, the remissions can last for years, but in others, relapses occur within a year.

Side effects include severe and potentially fatal reactions, because the immune system is overstimulated to fight the cancer. Although these reactions can usually be controlled, patients may need treatment in an intensive care unit.

Unlike vaccines that prevent diseases such as measles, these vaccines trigger the body’s immune system to beef up its response to cancer cells. Currently, the FDA has approved only one cancer treatment vaccine, for advanced prostate cancer patients who no longer benefit from hormone therapy. Other vaccines for various types of cancer—from bladder to breast to lung—are in trials.

Pharmaceutical companies have stepped up the pace of clinical trials for immunotherapy. However, few treatments are available to the general public, and insurers will pay only if the drug is approved for the patient’s type of cancer. Currently, checkpoint inhibitors are available publicly, but cell therapy is available only through clinical trials. To find out if you’re eligible for a clinical trial, go to the Cancer Research Institute website or ClinicalTrials.gov.

“What Is Immunotherapy? The Basics on These Cancer Treatments,” New York Times.

“What Is Cancer?” National Cancer Institute of NIH.

Posted by Society of Certified Senior Advisors at 7:47 AM