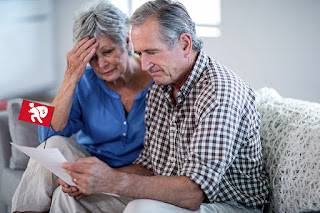 The growing financial exploitation of seniors involves their income, assets, property, and personal possessions. It comes in the way of theft, fraud, forgery, improper use of a power of attorney, identity theft, and/or undue influence. It is often accompanied with verbal threats and physical abuse.

Financial abuse is the theft or conversion of money or other property by caregivers, relatives, friends, or others in positions of trust.

Just how big a problem is it? In 2011, a landmark study by MetLife Mature Market Institute stated that 51 percent of financial abuse was perpetrated by strangers, 34 percent by family and friends and that 60 percent of the perpetrators were males between the ages of thirty and fifty-nine.

In early 2015, the TrueLink Report on Elder Financial Abuse determined that the cost to seniors through all financial abuse was approximately $36.5 billion annually with 36.9 percent of all seniors over a five-year period having been subjected to financial exploitation—6.9 percent experienced a loss of $10,000 or more with the average being $52,300, and 1.8 percent lost their homes or other major assets. Average losses were:


Different studies have varying numbers about the extent of these crimes and who is committing them. Regardless, the problem is a big one. Unfortunately, there is no nationwide tracking system to determine the exact extent of financial abuse to seniors. Nonetheless, these kinds of numbers have gotten the attention of lawmakers and regulators. In 2012, Health and Human Services Secretary, Kathleen Sebelius, announced an effort to coordinate the various programs within the federal government, and asked that it be led by the department of Justice (DOJ) and the Consumer Financial Protection Bureau (CFPB).

Over the past few years, many states have been beefing up the laws on financial abuse of older adults. The National Association of State Securities Administrators (NASSA) in early 2016 proposed a state model bill that is slowly gaining acceptance. In 2015, the Financial Industry Regulatory Authority (FINRA) proposed a rule that would allow broker-dealer firms to put temporary holds on accounts where there is a concern about suspicious activity. Last year, Rick Fleming, head of the SEC’s Office of Investor Advocate, asked, “More specifically, should federal law allow a financial advisor to refuse or delay a transaction—contrary to the explicit instructions of the client—when it appears that the client is being defrauded or exploited?”

The National Adult Protective Services Association (NAPSA) states that the typical victim of financial abuse is a white female between the ages of seventy and eighty-nine, who is likely frail and/or cognitively impaired and lives alone. Of the abusers, 90 percent are family members or trusted others. The Statistic Brain Research Institute estimates that there are 2.15 million cases of senior abuse each year, affecting about 1 in 10 seniors with 12.3 percent of these cases being financial abuse.

Just who does the abusing? It can be almost anyone, and often it is the one you would least suspect. Family members, friends, and caregivers are at the forefront. They may have financial problems, substance abuse issues, or a gambling habit. But it can also be professionals and businesses who gain the confidence of an older person and then overcharge for services or sell unnecessary or inappropriate products.

A 2012 survey by Investors Protection Trust found that most financial abuse goes unreported primarily because of embarrassment on the part of the victim, but also because the children fail to identify the problem or do something about it. However, the harm is not just financial—it affects the person’s physical and mental health. Due to a lack of funds, 6.7 percent of those who are financially abused cut back on their medical care, and 954,000 are skipping meals, thus causing nutritional issues. Further, there can be a loss of a personal sense of well-being, depression, hopelessness, loss of trust in others, loss of security, and a need to rely on government safety-net programs.

Professional advisers are in a unique position to identify seniors who are being financially abused. They should look for telltale signs of changes in the person’s personal and financial behavior. Often, seniors give hints about financial abuse when they talk about giving gifts or loans to others, changing their will or estate plan, having trouble paying their bills, difficulty making financial decisions, their financial advisor not returning their calls, making large cash withdrawals, or evidence they are being physically abused.

Advisers can help older adults avoid financial exploitation before it happens in many ways. Counsel them to get multiple estimates from several reputable contractors before having work done to their property. Tell them it is important to get a second opinion before making any financial decisions. Advise them to do research on any advisors to determine their credibility and regulatory history. Having acronyms after an advisor’s name may look impressive, but unlike the CSA designation, for example, many are simply not credible.

Most financial abuse comes with intimidation and fear. Often, fraudulent and deceptive acts are accompanied with the perpetrator expressing the immediacy of action to do it now or else the offer will not be available. The abuser will often try to coax the senior to just sign the form without giving them a chance to read it, or perhaps before it’s completed. They’ll also try to get important numbers like the information on a credit or debit card, including the PIN, bank information, or ask for the Social Security or Medicare numbers. There is no end to their ingenuity.

Sometimes door-to-door salespeople are selling insurance products, so-called investments that provide higher income, as well as common items like magazines, knives, vacuum cleaners, and so on that the older adult really doesn’t need or want. High pressure tactics are employed which can border on intimidation.

What are some of the more prevalent forms of financial abuse? At the family or friend level, it often starts with simple acts such as asking for a small loan or gift. This escalates into bigger and more frequent requests for money. It is not unusual for the family ember to have a sense of entitlement to the money because they are taking care of the parent, or because they are going to inherit the assets anyway. If the senior becomes reluctant to provide them with money, then verbal or physical abuse may ensue.

Trusted professionals can also be involved in financial abuse. For example, a lawyer recommends a living trust when a simple will is all that is needed. An accountant recommends making themselves the financial guardian and then pilfers the accounts for personal use. The financial advisor sells annuities with high commissions and surrender charges, instead of an annuity that is in the best interest of the older client. These are just a few examples of so-called professionals taking advantage.

Anyone who uses the Internet can be subject to emails that make an effort to have them part with their money. It could be about winning a foreign lottery where a small processing fee and one’s Social Security number is needed to verify the winnings. The same approach is used with “winners” of phony sweepstakes.

The telephone is also used by unscrupulous predators. In a current national scam, a caller claims to be from the IRS and informs the senior that if they do not pay purported outstanding taxes immediately, they will be arrested. The IRS does not call taxpayers to collect taxes, nor do they do it through emails.

Another common approach is for the caller to claim to be from a large, well-known computer company that has been monitoring the older person’s computer, and the computer is suspected of having a virus. For a small fee they can “fix” the computer online. When the victim logs on to a bogus website, the thieves grab all sorts of information from the computer, including contact information, passwords, banking information, and so on. A more ominous approach is when the thief will load software that locks the victim’s computer and a ransom is demanded to unlock it.

Sometimes it’s the senior’s financial advisor who is approached by these criminals. The advisor will receive an email that speaks to the need to send money right away for a purchase that was just made, to pay some unexpected bills, to pay for a grandchild’s education, or they are traveling and need extra money. The list is endless. The email will say they have lost their cell phone so they can’t be reached, or it will give an unknown number to call to verify the request. The email may actually be the senior’s email address that has been hijacked, or it might be very close to the real email address but be off by one letter. Every financial advisor should have procedures in place to address these situations. At a minimum, they should call the client at a known telephone number to verify any request directly.

Posted by Society of Certified Senior Advisors at 5:39 AM