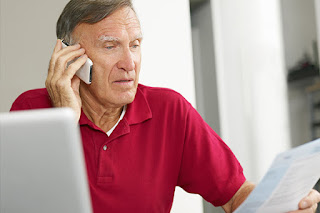 For the price of a set-top TV box and a small monthly fee, you have access to a huge array of movies, TV shows, sports events and more.

Once upon a time, when television was in its infancy (and so were some of us), there were three television stations: CBS, ABC and NBC. Then cable (think Comcast or Time Warner) came along, and the number of stations increased at an almost dizzying pace. Suddenly we could watch hundreds of shows: everything from obscure sports (curling, anyone?) to reruns of our favorite childhood programs to shopping networks.

The cost of cable and satellite TV has been prohibitive for many people on a budget. As an alternative, other services have sprung up to keep us entertained at all times. The most popular is streaming—TV shows, movies, sporting events and more—usually for less than $100 a year, a big savings over your cable bill. Instead of files (music or TV) being downloaded onto your computer, tablet or TV, they are transmitted through a constant stream of data to your device. It’s kind of like the old days of broadcast TV or listening to the radio, except that you can choose what you want to listen to or watch—and when.

All you need is a device to stream the video content, unless you have a TV that is less than two years old, which should have a built-in app for accessing these services. The most popular set-top box models are from Roku, Google, Amazon and Apple, and generally cost $100 or less.

The original streaming service started with delivering movie DVDs to your home (via the post office). Think of it as an all-purpose service, in which you can get TV shows, movies, comedy specials and original programming, including its award-winning Orange Is the New Black and House of Cards. Netflix’s original DVD service will still deliver movies to your house, which is advantageous for those who like older movies that are not always available on its streaming service. A monthly subscription starts at $7.99.

You can watch recently aired TV shows, classic TV series such as Seinfeld, Hulu’s original shows and BBC shows, among other programs. However, you have to endure commercials on Hulu, unless you are willing to pay more. A basic monthly subscription starts at $7.99.

If you have an Amazon Prime membership, which includes free shipping on purchases, you automatically receive access to Amazon’s instant video feature. The service offers movies, television and Amazon’s original shows, such as the award-winning Transparent. However, many of its titles are not included in the basic price and are only available for purchase or rental. One of Amazon’s unique features is that you can download shows onto your tablet and watch them when you are not connected to the Internet, such as on a flight. Amazon Prime membership is $99 per year.

Because of the often confusing array of new choices for TV watching, it helps to decide what you most want: Are you a sports junkie? Do you love old classic movies? Trendy new shows? Slate provides a calculator that shows the different options and their costs.

Posted by Society of Certified Senior Advisors at 2:33 PM