Medications Can Ease the Pain of Arthritis

There is no cure for osteoarthritis, one of the most frequent causes of disability among older adults. However, both traditional and alternative medications can ease the pain of this debilitating disease that affects one-third of those over 65. 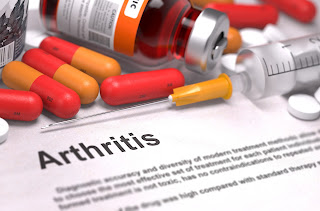 Virginia, 89, can no longer open jars because of the arthritis in her hands. Even washing dishes has become too painful. She’s not alone. It is estimated that one-third of individuals age 65 and older suffer from osteoarthritis, the most common form of arthritis in older adults (referred to in this article as arthritis, even though there are other types, such as rheumatoid). Arthritis is one of the most frequent causes of physical disability among older adults, and females are especially susceptible. A woman has a 50-50 chance of developing arthritis at some point in her life (Harvard Women’s Health Watch).

The disease affects hands, low back, neck and weight-bearing joints such as knees, hips and feet. More than just painful, arthritis can be debilitating, making daily activities such as dressing, putting on shoes, walking, climbing stairs and getting in and out of chairs and bathtubs a challenge. Arthritis in the knees can lead to disability due to the pain. With the associated pain, the person becomes less active, which can lead to other health issues, including weight gain, not wanting to socialize, and other physical and emotional challenges.

The biggest risk factor for arthritis is getting older. After years of wear and tear, the cartilage, which is the tissue that cushions the ends of bones within the joint, begins to fray, wear away and decay. In some cases, cartilage may disappear, leaving bones that rub up against each other, known as bone-on-bone articulation, which contributes to the pain.

Traditional Medications
Unfortunately, there is no cure for arthritis, only measures that can help to relieve the pain. Many people turn to acetaminophen (such as Tylenol), which can relieve mild to moderate pain but doesn't significantly reduce the associated muscular inflammation. Though the side effects are minimal, taking more than the recommended dosage over a prolonged period of time can lead to possible liver damage. You can have periodic laboratory work to check if the medication needs to be altered.

To reduce inflammation, doctors suggest non-steroidal anti-inflammatory (NSAID) drugs such as ibuprofen (Advil, Motrin, etc.) and naproxen (Aleve, etc.). However, NSAIDs can potentially cause an upset stomach, ringing in your ears, cardiovascular problems, bleeding problems and liver and kidney damage, according to the Mayo Clinic, which recommends that they not be used by people over 65 and those who have or have had stomach bleeding. At the same time, the National Institutes of Health advises seniors to use NSAIDS with caution. Recently, the FDA announced it is strengthening an existing label warning that NSAIDs increase the chance of a heart attack or stroke.

Stronger NSAIDs are available by prescription, while topical drugs have fewer side effects and may relieve pain just as well. Talk to your doctor about which pain medication is best for you.

Two nutritional supplements have long been touted for relieving joint pain—glucosamine and chondroitin—but studies have been mixed, with some finding benefits, while most indicate that they work no better than a placebo. If you're allergic to shellfish, you shouldn’t use glucosamine. Also, be aware that glucosamine and chondroitin may interact with blood thinners such as warfarin and potentially cause bleeding problems.

Another nutritional supplement, avocado-soybean unsaponifiables, is a mixture of avocado and soybean oils. Widely used in Europe to treat knee and hip arthritis, this supplement acts as an anti-inflammatory and may slow or even prevent joint damage. It’s always advisable to check with your healthcare professional (physician, pharmacist) as to any potential interactions with other medications.

You don’t have to rely on traditional medications to ease arthritis pain and discomfort. Amazingly, one of the best treatments is exercise, including strengthening exercises such as yoga, aerobic activities that include brisk walking, range-of-motion activities and balance and agility exercises. For those who are overweight or obese, doctors recommend losing weight to ease pressure on your joints. Another positive action is to eat foods that can help combat inflammation throughout the body, including beans, flaxseeds, walnuts, green leafy vegetables and omega-3 fatty acids from cold-water fish such as salmon and tuna.

Recent studies suggest that Chinese acupuncture may ease arthritic pain. Scientists think the inserted needles stimulate the nervous system to release natural, pain-relieving chemicals. A large study supported by the National Institute of Arthritis and Musculoskeletal and Skin Diseases and the National Center for Complementary and Alternative Medicine found that acupuncture relieves pain and improves function in knee arthritis and serves as an effective complement to standard care.

For other non-medication relief, see the sidebar.

Certain herbs have anti-inflammatory properties that may help reduce arthritic pain. However, because there is a lack of scientific studies to confirm these benefits, talk to your doctor first to avoid potentially life-threatening side effects (from Healthline).

Aloe vera. One of the most commonly used herbs in alternative medicine, aloe vera is known for its healing properties, and the gel can be applied topically to soothe achy joints.

Eucalyptus. Topical forms of eucalyptus leaves can treat arthritis pain. These leaves contain tannins, which may be helpful in reducing swelling and the resulting pain from arthritis.

Ginger. The compounds that give ginger its strong flavor also have anti-inflammatory properties.

Green tea. Use this popular tea in the form of beverages, tablets or tinctures to treat arthritis inflammation. The National Center for Complementary and Integrative Health found in a 2010 study that green tea might help both osteoarthritis and rheumatoid arthritis patients.

Turmeric. Used in cooking to make curry, this herb may work best in fighting joint pain when taken orally. This herb can be found in capsule form in some health food stores.

Because arthritis is slow to develop, research on new treatments is also slow. One drug that looked promising was strontium ranelate, which has been used to treat bone loss in Europe. Strontium is thought to inhibit the activity of cells that break down bone. However, more research has shown an increased risk of heart attack, and its use is limited to women with a high risk for bone fracture.

Another new therapy is using stem cells to help regenerate healthy tissue. The Emory Orthopaedics & Spine Center in Atlanta is one of the few places in the country that offers this treatment, which cautions that it works only for select patients.

“An Arthritis Treatment Worthy of the Pope and Kobe,” October 15, 2012 The Atlantic

“What Is Osteoarthritis?” NIH Senior Health


Medications Can Ease the Pain of Arthritis was featured in the August Senior Spirit Newsletter.

Posted by Society of Certified Senior Advisors at 1:32 PM