The ACA's 1332 Waivers: An Opportunity for State Innovation

The Affordable Care Act includes a little known provision called Section 1332 Waivers that allows individual states to waive or replace some key provisions that could change the way health care coverage is delivered. 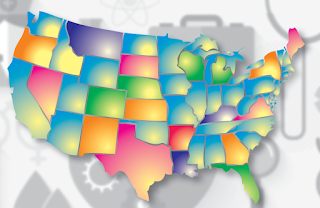 Over the next year or two you will be hearing much more about a seldom discussed provision of the Affordable Care Act, called Section 1332 Waivers, 2017 Waivers, or State Innovation Waivers. What they really are is a unique opportunity for any state to fundamentally restructure its approach to health care reform by waiving and replacing some very key provisions of the Affordable Care Act. By doing so, individual states could design and implement a system for expanding and delivering health care coverage that could look very different from the program established under the ACA.

State innovation waivers were the brainchild of Senator Ron Wyden, D-Oregon. As a result of his efforts, section 1332 was included in the ACA when it passed in March of 2010. Eight months later, the section was amended through bipartisan legislation and in February of 2011, it was both lauded and endorsed by the Obama administration.

Individual states have often been called the local laboratories for national reforms. And opponents of the ACA have argued that state-based initiatives are a better alternative than a system imposed through federal regulations and mandates. State innovation waivers provide that opportunity. Under section 1332, states would be allowed to waive one or more of four central provisions in the ACA beginning on January 1, 2017:

The Individual Mandate. States could modify or eliminate the federal individual mandate provision that requires individuals to purchase health insurance coverage or pay a tax penalty. Alternative options could include expanding or narrowing exemptions, increasing or decreasing penalties, implementing a late enrollment penalty (like the one used in Medicare), or limiting open enrollment opportunities.

The Employer Mandate. States could alter or eliminate the ACA’s “employer responsibility” provision that imposes federal tax penalties on large employers (with one hundred or more full-time equivalent employees) who fail to offer affordable and comprehensive insurance coverage. Alternative options include exempting mid-sized employers, raising or lowering the  requirements for qualifying coverage, modifying the definition of covered employees, or requiring a percentage of the company’s payroll to be paid in benefits or taxes.

This mandate has been postponed twice by the Obama administration and is currently the focus of a lawsuit filed against the President by the U.S. House of Representatives. Barring any legal action, the mandate will take affect for large employers in 2015. For
medium sized employers with fifty to ninety-nine employees, the provision has been postponed until 2016.

Essential health benefits and subsidies. States can modify the ACA rules governing essential health benefits and premium subsidies within the limits set by section 1332. The state alternative must ensure that insurance coverage is as comprehensive and affordable
as it is under the ACA. Alternatives could include expanding or reducing subsidy eligibility, reducing subsidy grace periods, adjusting income boundaries for cost-sharing eligibility, or designing an alternative benefit and subsidy strategy.

States can also modify or eliminate the requirement to establish health insurance exchanges as the exclusive mechanism for enrolling consumers and determining their eligibility for subsidies. Alternatives include replacing current exchanges with one or more private marketplaces, eliminating the non-exchange market, allowing state exchanges to function as an active purchaser in rate setting, and allowing subsidy eligible consumers to purchase coverage directly from an agent or broker.

However, not all provisions of the federal health care law can be sidelined. States can’t reinstate preexisting condition exclusions or eliminate the guaranteed issue of coverage. Insurance companies can’t re-establish old rating factors (like claims history or gender rating) that are prohibited under the ACA. And states will have to prove that their alternative plan would provide coverage to at least as many people as the ACA would cover without the waiver.

A state plan must also offer “coverage and cost sharing protections” against excessive out-of-pocket costs to ensure that consumer spending is at least as affordable as plans currently offered in the state or federal exchanges. In addition, coverage must be just as “comprehensive” as that currently offered in the exchange. The chief actuary of the Centers for Medicare and Medicaid Services (CMS) will be required to certify coverage as “comprehensive,” based upon data from the waiver state as well as other comparable states. Finally, since the state plan will be federally funded, the waiver can’t increase the federal deficit.

Under the 1332 waiver, federal funding for premium and cost-sharing subsidies, including premium tax credits, cost-sharing reductions and small business tax credits that would normally go to consumers and businesses, will now be provided directly to the state in order to pay for the state’s plan. The federal Department of Health and Human Services would determine the annual “pass through funding” based upon an analysis of subsidy costs in other states not operating under a 1332 waiver.

The latest challenge to the ACA in the Supreme Court, King v. Burwell, which was heard by the court on March 4, 2015, could have an impact on innovation waiver funding. That ruling will determine whether states with federal rather than state-based exchanges can receive subsidy funding. Ironically, depending on how the court rules, Republican-controlled states that would like to implement major reforms under the waiver may be denied access to that source of funding. Without that funding, those states would find it very difficult to implement an alternative plan. Without the subsidies provided to federal exchanges, which states could spend differently under a 1332 waiver, those states would be denied the largest source of funding that they could use to implement an alternative plan.

Even though there is no official deadline for applying for an innovation waiver, states will have to begin that process as early as possible this year. To begin with, the state legislature must pass a bill that authorizes the state to apply for a waiver. And that debate and process could take a substantial amount of time.

Once authorized, the actual waiver application must include the provisions to be waived, an actuarial and economic analysis of the alternative plan, an implementation timeline, and a ten-year budget proposal. The state must also indicate how the plan would meet the ACA’s goals of coverage expansion, affordability, cost containment, comprehensive coverage and the impact on provisions of the ACA that will not be waived. After the waiver proposal is produced, the state will also be required to solicit and receive public comments on that proposal.

The application for the waiver must be approved by both the Secretary of Health and Human Services as well as the Secretary of the Treasury. Unlike the current federal waiver approval process, which can take months or years, the approval or rejection of a 1332 waiver application must be completed by the federal government within 180 days in order to expedite implementation.

If the waiver is approved, long-term compliance will be monitored by both the state and federal government. The state will be required to hold a public forum within six months of the initial approval in order to solicit and receive comments on implementation. These public forums will be repeated every year.

One major focus of these waivers may be the Medicaid expansions created under the ACA. However, 1332 waivers do not give states the authority to make changes either to Medicaid or the Children’s Health Insurance Program (CHIP). Changes to those programs
have to be initiated through the existing Medicaid waiver authority, specifically something called a section 1115 waiver, which was created before the ACA became law. Under that waiver, changes to Medicaid must be “budget neutral,” which has limited what states were able to do in the past.

Under new regulations, states can ask for a 1332 and 1115 waiver in a single application. A proposal that might be rejected under the Medicaid waiver’s budget neutrality provision might be approved under the umbrella of a 1332 waiver, which offers greater funding flexibility.

Some states have already picked up the gauntlet. Vermont was the first state to declare that it would file for a 1332 waiver. Legislation was passed in 2012, and Vermont health care agencies began meeting with CMS in 2014. Vermont’s waiver application is currently in progress and proponents hope to begin soliciting public input this year.

The purpose of the waiver would be to establish a “universal and unified” single-payer healthcare system. Under the waiver, Vermont would create a publicly financed gold-level benefit plan that would be paid for through redirected ACA subsidies and additional state funding.

In 2014, the Hawaii state legislature passed a bill to create a task force to explore a 1332 waiver. That task force began meeting in 2014 with the goal of introducing legislation in 2015 and implementing the waiver proposal in 2017 or later. Hawaii wants to keep its 1974 ERISA exempt employer mandate (instead of the mandate imposed by the ACA) and use the waiver to support improvements in the health care system in addition to coverage.

The New Mexico state senate has introduced legislation in 2015 (SJM002) to set up a 1332 task force. Minnesota has also shown interest in using a 1332 waiver to modify its basic health plan to improve coverage options for low-income residents and support
wider delivery reforms.

Arkansas and Iowa are currently exploring privatized versions of the ACA’s Medicaid expansions through the existing Medicaid waiver authority. However, one state senator in Arkansas has already announced his intention to introduce legislation in 2015 that would combine that effort with a 1332 waiver application.

While it is too soon to tell whether these state efforts will ultimately be successful, it is clear that other states will likely follow their lead. Some states may follow Vermont’s approach and pursue large-scale reforms. Other states may take up far smaller and more
modest changes.

In either case, the ACA’s section 1332 provisions offer a practical state-based alternative to the very old and hyper-political “repeal and replace” debate. Here is the opportunity for single payer advocates on the left, free market advocates on the right, and everyone else in between to offer alternatives that could deliver results equal to or better than the ACA. •CSA

Bob Semro is a policy analyst for the Bell Policy Center, a non-partisan, nonprofit research and advocacy organization in Denver, Colorado. He currently serves on the Health Plan Advisory Workgroup for the Colorado Health Benefits Exchange. Contact him
at 303-297-0456, ext. 225, or semro@bellpolicy.org. The ACA's 1332 Waivers: An Opportunity for State Innovation was published in the Spring 2015 edition of the CSA Journal.