Finding Your Way to Safe Driving

As we age, there’s no doubt that driving gets more difficult. For one, our reactions are slower, as our physical and cognitive functions decline. This comes at a time when there are more distractions and congestion on the roads. Luckily, technology offers solutions. 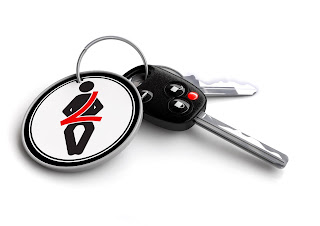 As we age, there’s no doubt that driving gets more difficult. For one, our reactions are slower, as our physical and cognitive functions decline. This comes at a time when there are more distractions—GPS, cell phones, digital music players—and more congested roads and aggressive drivers.

Many states get tough on older drivers. While only one state, Illinois, requires a road test for elderly drivers, many mandate that people 70 and older renew driver’s licenses in person, rather than by mail or online. Some require more frequent renewals or written or vision tests (New York Times).

As a group, senior drivers are at higher risk of having a serious collision per mile driven than any other age group except for those under age 25. Starting at age 75, fatal crash rates increase, and rise notably after age 80, according to the Centers for Disease Control and Prevention. This is largely due to a greater susceptibility to injury and medical complications among older drivers rather than an increased tendency to get into crashes. Across all age groups, males had substantially higher death rates than females.

Yet, statistics show that since the 1990s the number of car accidents involving older adults has been decreasing. One reason could be that older drivers are self-limiting their driving. Surveys show that senior drivers are making fewer trips, traveling shorter distances, or avoiding driving at night on interstates or in bad weather. Another cause is that older adult drivers are less likely to drink and drive than other adult drivers. Improvements in driving technology also help.

The average driver makes about 20 major decisions during each mile driven and often has less than one-half second to react to avoid a potential collision, according to SeniorDriving.AAA. That means processing information in a fast-paced environment, making a quick decision and taking action based on your decision. Being in situations where you have to decide and react quickly is a challenge for any age, but our older minds need more time. On average, the human brain begins to slow down slightly beginning around age 30.

Strength, coordination, flexibility and reaction times all have a major impact on your ability to drive safely. The following factors tied to aging make driving more difficult.

Vision. Research shows senior drivers need significantly more light to see than teen drivers do. Over the years, pupils get smaller and don’t dilate as much in dark conditions, making it harder to see. By age 60, eyes need three times as much light to see as they did at age 20, which is why it gets harder to drive at night. Particularly bad is the glare from oncoming cars, because age increases the time it typically takes to recover from glare.

Medical conditions. As we get older, chances are greater that we’ll have physical limitations or dementia that can affect driving ability. For example, pain or stiffness in your neck can make it harder to look over your shoulder to change lanes or look left and right at intersections to check for other traffic or pedestrians. Leg pain can make it difficult to move your foot from the gas to the brake pedal. Memory problems can cause confusion about our location or how to get to our destination. At the same time, medications and chronic conditions can interfere with driving.

Hearing. Aging is the most common cause of hearing loss, which usually becomes more noticeable after age 50. Men tend to be affected more often than women. Hearing loss can be dangerous if you are driving and can’t hear sirens or railroad warnings.

Last year, the National Highway Traffic Safety Administration released a five-year safety plan for older drivers, which cited advances in collision avoidance. For example, there are now cars that use a beep or light to alert the driver to obstacles behind or in front of the car. In addition, cars can slow down if it appears that the driver isn’t braking. The safety administration is also contemplating a “silver” car rating system to help identify cars that better protect older drivers and passengers (New York Times).

Other technological features that make driving safer, not just for seniors but for everyone, include:
(from “Seniors Behind the Wheel – When Safety Impacts Independence,” Senior Care Corner).

In the future, we may see autonomous braking and driving, and cars talking to each other. Automakers and the U.S. Department of Transportation are working to wirelessly “connect” cars with the world around them. This technology could alert drivers about possible hazardous conditions ahead, such as dangerous curves or accidents. (“Connected Vehicles Could Let Seniors Drive Safely for More Years,” Senior Care Corner).

The most helpful technology for older drivers, according to experts assembled by the Hartford and the MIT AgeLab, include “smart” headlights that adjust the range and intensity of light to improve night vision and systems that warn the driver if the vehicle is straying from its lane (New York Times).

Back to Driver’s Ed

Most everyone remembers their first driver’s education class and the sheer terror or joy of being behind a wheel for the first time. Older adults can avoid the terror of being behind the wheel with online or classroom-based driving courses for seniors. The largest is the AARP Smart Driver Course. Topics include rules of the road, defensive driving techniques, safely changing lanes and making turns at busy intersections.

Similarly, AAA’s DriveSharp is an online brain fitness program, which boasts that it can cut your risk of a car crash by up to 50 percent, increase useful field of view by up to 200 percent, help you react faster to dangers and boost driver confidence. The course also presents the most recent driving techniques and latest vehicle technologies.

While many insurance companies offer discounts to drivers who take these courses, the evidence is not solid that they prevent traffic accidents, and research on this topic is limited. However, one study “examined whether 16 hours of training on a commercial training package improved older adults’ performance in a high-fidelity driving simulator. Data showed no differential improvements between the training group and a control group on any driving performance measure following training. The commercial training program did not improve the simulated driving performance of older adults” (from “Examining the Efficacy of Training Interventions in Improving Older Driver Performance,” 2012, Proceedings of the Human Factors and Ergonomics Society Annual Meeting).

Perhaps you are driving the wrong kind of car. AARP and AAA teamed with the American Occupational Therapy Association to develop CarFit, which offers drivers a free opportunity to check how well their vehicles fit their need for proper seating, sight lines and more.

If you are not sure about your (or someone else your concerned about) driving skills, you can enlist the services of driver rehabilitation specialists, who can evaluate your driving in order to determine your ability to be on the road.

Lastly, there are simple things you can do to make driving safer, such as avoiding high-traffic areas and rush hour. For other suggestions, see sidebar, “Tips for Safe Driving.”

“An Alternative to Giving Up the Car Keys,” New York Times

“Older Adult Drivers: Get the Facts,” Centers for Disease Control and Prevention

Finding Your Way to Safe Driving was featured in the June 2015 edition of Senior Spirit
Blog posting provided by Society of Certified Senior Advisors.


Posted by Society of Certified Senior Advisors at 9:14 AM