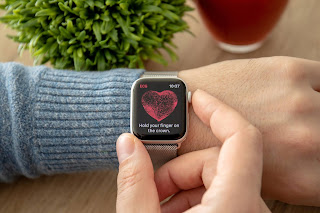 The latest iteration of the Apple Watch made waves with its inclusion of a fall sensor. Should every older adult have one?

The Apple Watch Series 4 has health capabilities to interest many older adults and their children, who may want them to have the technology. The fall detector, which is automatically enabled on wearers age 65 and up, activates after a hard fall. A message appears on the screen asking if help is needed. If the wearer doesn’t respond, an SOS call will automatically result.

Some amateur researchers have tried to fake falls (on a couch) to test the device, but the watch isn’t fooled. On the other hand, one wearer on a soccer team (who truly took hard falls) had to constantly let the device know all was well.

Apple’s disclaimer says: “Apple Watch cannot detect all falls. The more physically active you are, the more likely you are to trigger Fall Detection due to high impact activity that can appear to be a fall.”

While every version of the Watch measures your pulse rate, the Series 4 is the first to add an FDA-cleared electrocardiogram (EKG). Hold down the round button on the side of the watch for about 30 seconds, and you’ll get a read on your heart’s electrical signals. While “clearance” is not the same as “approval,” Apple’s research claimed to detect atrial fibrillation (an irregular heartbeat) an impressive 99 percent of the time. Indeed, news reports are coming out about users who went to their doctor after a troublesome EKG reading and had a problem confirmed.

People with heart conditions or anxiety can have the Watch set to alert them about a high heart rate. That’s their cue to take it easy and perhaps take medication. The feature can benefit healthy people by reporting how often they’ve raised their exercise rate.

The Watch continues to get useful upgrades for personal health monitoring. In addition to the heart rate monitor, it will let users know how often each day they stand rather than sit and report their daily activity level. Apple has made enormous investments in health care, so expect continuing evolution on this front.

When we were kids, it was a toss-up which was cooler: Dick Tracy’s watch phone or Maxwell Smart’s shoe phone. Who knew then that one day, we could imitate one of our heroes?

Older adults aren’t always in the habit of carrying a phone everywhere, so having one on their wrist is appealing. “The good thing is you can’t lose it,” says Sandra Lew, 75.

However, it can be tricky for older fingers to use. With a 30 percent increase in screen size from its predecessor, the Series 4 has a vastly improved display. Incoming calls were a snap for older adults to pick up. Just press the green phone button that pops up after your watch rings and gently taps your wrist. No more missed calls.

But outbound calls might be more problematic. It’s hard for unsteady fingers and dimming eyes to press the right button on a screen that, while larger, is still only 1.6 inches across. “I even find my iPhone screen too small,” says Jane Salzfass, 73.

It also helps if the older adult is used to an iPhone and recognizes the icon for calling. “You’re going to have to know what those icons mean,” says 67-year-old Rhona Lishinky. If an older adult isn’t somewhat tech-savvy to start with, the Watch may not get used at all. On the other hand, Siri will place a call if you raise your wrist and say, “Call Tom.” Just press and hold the digital crown to summon voice assistance.


Decent volume is particularly important to aging adults. The speaker and microphone in the Series 4 have been placed left and right instead of on the same side, leading to a better audio response. The new Watch boasts a 50 percent louder speaker, too. It works great in quiet environments, like your home, but some users have found it difficult to hear Siri in a noisier environment, like while riding in a car.

So, how much is one of these gadgets going to set you back? The price floor is $399, moving up to over $500 for a bevy of options, including larger sizes, optional cellular connectivity, and a steel case or fancy straps.

Reviews are uniformly positive. Many older adults may benefit from the device for its fall-detection capability alone. The Watch’s many other features, however, may prove to be more easily adopted by adults who are on the younger side of old age. It will be exciting to see what Apple comes up with next.

Money – Should You Retire When Your Spouse Does?