MYTH BUSTER: Too Old to Learn? 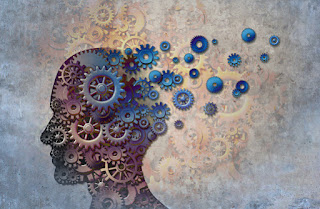 Discover the truth about your aging brain.

Charles Betty earned his Ph.D. after completing a 48,000-word thesis on the reasons elderly expats living in Spain return to the United Kingdom. Ho hum, you say? Betty was 95 years old and a D-Day veteran who earned the Legion d’Honneur for his service. Not to mention, he finished the course while caring for his 93-year-old wife.

He’s not alone. Great-grandmother Willadene Zedan finished high school in 1943, then received her bachelor’s degree 60 years later for her new career as a doctor’s assistant. Mary Fasano became the oldest Harvard grad at the age of 89. Charlie Ball cut his education short to enlist for WWII, but became the oldest Arkansas Tech alumni as an 89-year-old grandpa.

Then there’s Wally Taibleson, who first went to college at the age of 70 and has since gone on to earn a bachelor’s and three master’s degrees, the last at age 90. “As long as you’re learning,” he says, “you’re not old.”

The traditional thinking was that brain connections developed at a quick pace throughout childhood, reaching an apex in the early 20s. Cognition reached a plateau around middle age and then began an inevitable decline. Scientists today know that picture is false.

The brain changes continuously throughout our lives. There’s never a time when mental abilities simply hold steady. Instead, certain cognitive abilities weaken as we grow older, while others become stronger.

On a physical level, the hippocampus becomes smaller over time, and the myelin surrounding nerve fibers wears away, slowing the connection speed between neurons. This is what erodes your ability to retrieve information you know, and encode new data.

On the flip side, the branching of the dendrites (extensions of nerve cells) increases, strengthening connections between distant parts of the brain. This allows older adults to better make connections between diverse sources of information. Seniors are superior at seeing the “big picture,” and can understand the global implications from various sources. This skill may be the foundation of the proverbial wisdom of our elders. Think of it as being better at seeing the forest while having a harder time finding the leaves.

Older brains may be just as adept as younger ones at learning tasks, according to a study from Brown University. However, the more mature brains of older study participants used a different area for learning than their younger counterparts. The study contradicts a widely-held belief that as we get older, our brains lose the flexibility required to learn new tasks.

Younger learners exhibited plasticity in the cortex, where neuroscientists anticipated seeing it. What surprised researchers was that older participants showed a notable change in the white matter of the brain. The axons, or “wiring,” sheathed in myelin transmitted signals more effectively.

“We think that the degree of plasticity in the cortex gets more and more limited with older people,” said Takeo Watanabe, Ph.D., the Fred M. Seed Professor at Brown University, and a co-author of the study. “However, they keep the ability to learn, visually at least, by changing white matter structure.”

A new theory suggests that the only hindrance to learning as we age is the way we learn. Toss aside conventional attitudes about declining cognition and start learning like you did as a child, said Rachel Wu, psychology professor at University of California, Riverside. Her paper, “A Novel Theoretical Life Course Framework for Triggering Cognitive Development Across the Lifespan,” in the journal Human Development advocates a return to specific learning strategies and habits of broad learning.
"We argue that across your lifespan, you go from 'broad learning' (learning many skills as an infant or child) to 'specialized learning' (becoming an expert in a specific area) when you begin working, and that leads to cognitive decline initially in some unfamiliar situations, and eventually in both familiar and unfamiliar situations," Wu said.
The author defines broad learning as learning that incorporates the following factors:

Stem Cells May Be Key to Future Brain Aging

Recently, the big brains at the Albert Einstein College of Medicine in New York found that, at least in mice, stem cells in the brain’s hypothalamus probably control the rate of aging throughout the body.
"Our research shows that the number of hypothalamic neural stem cells naturally declines over the life of the animal, and this decline accelerates aging," says Dr. Dongsheng Cai, Ph.D., professor of molecular pharmacology at Einstein. "But we also found that the effects of this loss are not irreversible. By replenishing these stem cells or the molecules they produce, it's possible to slow and even reverse various aspects of aging throughout the body."

By injecting stem cells directly into the brains of old mice, aging was slowed down or even reversed. Researchers said this was one step toward retarding the aging process and treating diseases related to getting older.

A recent study done by the Northwestern University Feinberg School of Medicine in Chicago tested a group of older adults, all more than 80 years old, who exhibit exceptional memories, as sharp as healthy people half their age. The study compared these SuperAgers with a control group similarly aged. The brains of SuperAgers shrink at a slower pace than their peers, and appear to endow them with greater resistance to memory loss.

"We found that SuperAgers are resistant to the normal rate of decline that we see in average elderly, and they're managing to strike a balance between life span and health span, really living well and enjoying their later years of life," says Emily Rogalski, associate professor at the Cognitive Neurology and Alzheimer's Disease Center (CNADC) at the Northwestern University Feinberg School of Medicine.

Ongoing studies are attempting to discern what, if any, biological factors might affect the maintenance of memory in advanced age.

Today, we know that just as we should look after our heart health, we need to take steps to maintain healthy brains as well. Reading Senior Spirit may be helping protect your memory right now, according to results from the Mayo Clinic Study of Aging.

Participants who used a computer at least once a week were 42 percent less likely to develop memory and thinking problems than those who rarely logged on. Activity participation in general was an indicator of brain health as well, according to the long-running research on about 2,000 men and women aged 70 and older. Here’s what the study found:

“These activities may enhance synaptic connections in the brain and induce or promote new connections,” said study author Ronald Petersen, M.D., director of the Mayo Clinic Alzheimer’s Disease Research Center. He adds that research is increasingly finding that lifestyle factors may help strengthen the brain to allow it to withstand disease.

Coffee Break - Looking at People over 100 for Clues to Longevity