Could a Pet Help You Live Better? 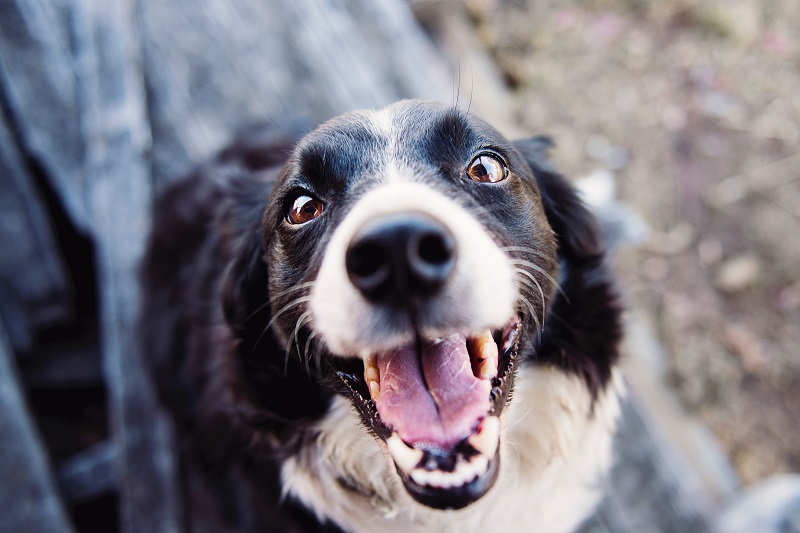 Is it wise to add a pet to your life just when you’re finally free of obligations? Studies show pet owners benefit, but make sure your pet fits your lifestyle.

Having a pet can reduce stress, lower blood pressure, increase your social interactions and help you learn. Those are a few of the findings from many recent studies on the interactions between pets and older adults.

In fact, a doctor in London has been prescribing animal sessions instead of pills for some of his patients. A general practitioner, Dr. Dirk Pilat refers patients to a team of two guinea pigs, a hen and a pair of rabbits for cuddle therapy. The animals are owned by Ione Maria Rojas, who was inspired by watching her grandfather struggle with dementia. The project strives to achieve “non-verbal communication and authentic connection” in older people.

"Dogs and other pets live very much in the here and now. They don't worry about tomorrow. And tomorrow can be very scary for an older person. By having an animal with that sense of now, it tends to rub off on people," says Dr. Jay P. Granat, a New Jersey psychotherapist. That may be why pets are so good at improving the general population’s blood pressure. In an Australian study involving 5,741 people, pet owners had significantly lower resting systolic blood pressure and lower cholesterol.

Pets can also help people with diagnosed high blood pressure. In one study of hypertensive subjects, all of the participants were exposed to the stress of solving a math problem and giving a speech. Then, half of the subjects were instructed to get a pet. Six months later, the entire cohort was retested. Those who now had a pet showed significantly lower increases in blood pressure during the stressors compared to those with no pet. Another study showed that the mere presence of a dog in the room while participants gave a speech alleviated the increase in blood pressure.

Dog owners get an added health benefit from walking their pet. A study of adults age 50 and over concluded that dog owners had the greatest health benefit among pet owners. Their body mass index was lower than others, they had fewer diagnoses of chronic and acute illness, and their lifestyles were generally healthier than those of other participants.

"Older pet owners have often told us how incredibly barren and lonely their lives were without their pet's companionship, even when there were some downsides to owning an active pet," says Linda Anderson, who founded the Angel Animals Network in Minneapolis with her husband Allen. In fact, studies show positive benefits from a variety of animal associations, from older men in a veterans hospital who were exposed to an aviary containing songbirds, to seniors aging in place with a dog or cat.

Research proves that pets improve your mood by increasing the level of the hormone oxytocin. “This is very beneficial for us,” says Rebecca Johnson, a nurse who leads the Research Center for Human/Animal Interaction at the University of Missouri College of Veterinary Medicine. “Oxytocin helps us feel happy and trusting,” she adds, which may help humans to bond with an animal over time.

The hormone may have other benefits. "Oxytocin has some powerful effects for us in the body's ability to be in a state of readiness to heal, and also to grow new cells,” Johnson adds, “so it predisposes us to an environment in our own bodies where we can be healthier."

Dr. William Banks of St. Louis University studied nursing home patients who spent time with a dog to see if it would encourage them to socialize and reduce loneliness. His team was surprised to find that in fact, residents who spent alone time with man’s best friend actually benefitted most.

"If I saw you walking down the street, I couldn't comfortably start talking to you if I didn't know you, but I could if you had a dog," says Alan Beck, ScD, director of the Center for the Human-Animal Bond at Purdue University. "It's an acceptable interaction that otherwise wouldn't be possible." And who hasn’t started a conversation with the funny thing her cat did this morning? Even posting the antics of your pet online fosters responses.

People who use wheelchairs say that other people make eye contact with them more often and ask if they can be of help when they're with their dogs, Beck says. One study demonstrated that people in wheelchairs got more smiles and chatted more with passersby when they were accompanied by a dog.

Proximity to an animal can stimulate memories that were previously trapped. "I've seen those with memory loss interact and access memories from long ago," says psychologist Penny B. Connenfeld, who brings her golden retriever mix, Sandee, to work in her New York City office. "Having a pet helps the senior focus on something other than physical problems and negative preoccupations about loss or aging."

Alzheimer’s disease patients can take advantage of one of several canine caregiver programs. A service dog can help dementia patients with daily tasks by fetching medication, reminding them to eat or guiding them home if they’ve wandered away. Studies show that animals reduce the number and severity of behavioral issues in people with dementia by boosting moods and increasing their caloric intake.

Many older adults live with chronic pain, but an animal can help take some of it away. In a study of fibromyalgia patients, 34 percent reported pain relief, a better mood and less fatigue after a 10-minute visit with a therapy dog compared to only 4 percent of those who sat in a waiting room without a dog.

Acute pain is also affected by the presence of an animal. One study showed that patients who underwent a total joint replacement needed 28 percent less pain medication if a therapy dog made daily visits to their room.

To explore the possibility that animals might produce physical benefits in older adults with dementia, one trial used fish. The study showed that individuals in several nursing homes gained weight after fish tanks were installed. The control group could view an underwater scene without live animals.

Having an aquarium, or just a goldfish in a large bowl, can help with insomnia and conveys most of the benefits listed above, including anxiety reduction and lowered blood pressure. Staring at an aquarium reduces muscle tension and pulse rate.

Guinea pigs, chickens, snakes, pigs and ponies can all have service animal credentials. Some of these may be suitable for seniors aging in place. Any animal with which the senior has a connection will confer benefits.

Is There Any Downside?

Actually, there is one big one. Thousands of people go to the emergency room every year because their pet has caused them to fall. Often, a pet owner has tripped over their dog or cat, but a fall can also occur when a food bowl is placed on the ground, or during play activity. Women are more likely to fall than men, but perhaps because more women own pets. One prevention strategy for dog owners is to get obedience training for your furry friend.

Cats can scratch, and dog owners have to be aware not only of their own safety, but liability in case their dog damages property or bites someone.

Are You Ready to Own a Pet?

Almost anyone can set up a goldfish aquarium in their home, since goldfish don’t need an aerator and the warm temperatures of most senior living situations will suit them fine. But pets such as dogs and cats require some hard thinking about whether or not you’re ready for the commitment they require.

Posted by Society of Certified Senior Advisors at 11:50 AM