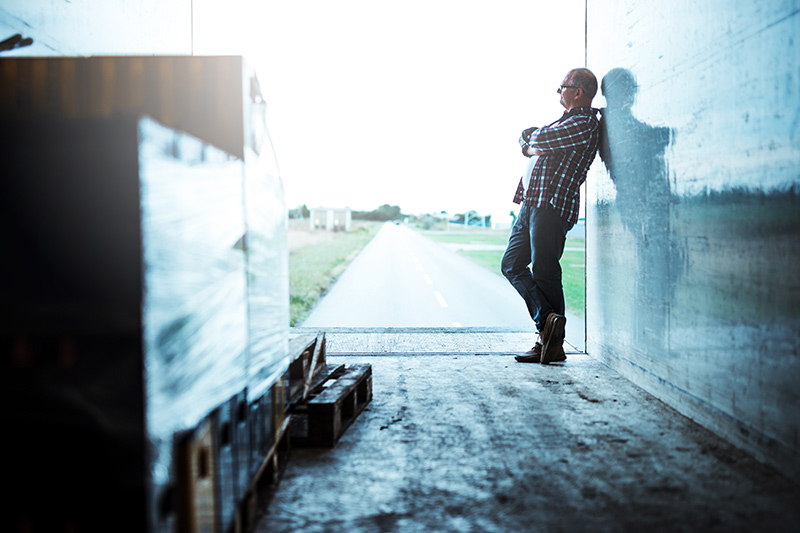 Tech companies are targeting the burgeoning market for older adults, but some of their products are doubtful at best.

The U.S. is going gray. The population of Americans aged 65 and above will nearly double from 2012 to 2050, according to estimates from the census. And we’re living longer. “There are already risk managers and insurance people telling people out there to plan to live to 95,” says the founder of Aging in Place Technology Watch Laurie Orlov. This growing market has tech companies eager to create products in health care and communication, but are they hitting the mark?

This Belt is Not Hip

The No. 1 cause of injuries and death from injury for older Americans is falls, according to a report by the Population Research Bureau. In 2014 alone, 29 million falls by older Americans cost Medicare $30 billion.

French company Helite is marketing a fall protection belt that inflates like an airbag when a fall is detected. Currently available in the European Union, the Hip’Safe is slated to premiere in the States in September. The belt is light, easy to put on and comfortable to wear. A beeper alerts the user if the belt is worn the wrong way, and arrows offer guidance when it’s buckled. What’s not to like?

For starters, the price is more than €800, which is equivalent to $934 here in the U.S. Good luck getting Medicare to cover that, especially when you’d have to wear the thing 24/7 to be effective.

Although the Hip’Safe is not as obvious as, say, bubble-wrapping your entire midsection, it’s going to be noticeable in anything other than a Mumu with tulle underskirts. Guys, there will be no hiding it, although you could try to pass it off as a money belt for the VERY wealthy who insist on buying that next yacht in nothing but small bills.

It’s also going to be a pain in the rear when nature calls, in particular for the ladies. Do you shimmy it up above your waist and hope it stays, or take it off and then have to buckle back up? And if you’re in a public bathroom, do you sling it over the door while you take care of business, or stuff it in your monster-size purse?

The website homepage shows an older man and woman smiling, each carrying a grandchild on their shoulders … but what the heck are they doing that for if they’re at heightened risk of falling?! If one of them goes down, they will be left on the ground while the little kid is rushed to the hospital, so yes, they need to have their hip belt on! Maybe each of the grandkids should have a Hip’Safe device wrapped around their head. Clearly, somebody at corporate has not thought this through.

This YouTube video demonstrates a fall while wearing the Hip’Safe. Notice that it’s the knee that hits the ground first, for which the device offers no protection whatsoever.

There are plenty of companies working on easier computer and cell phone communication for seniors. But do they know what some of the most basic issues are?

"There are some very tech-savvy older people around, but there is clearly a large cohort of people who feel excluded by technology. They find it a bit impenetrable," says Ian Hosking, who designs products for older adults at the University of Cambridge engineering design center.

Case in point: Adults over 65 have a response time of about a second, but icons on an Apple touchscreen respond in 0.7 seconds. And that’s not the only issue.

Nerves in the finger become less sensitive with age, leading many older adults to tap on touchscreens far more heavily than the pressure for which they’re designed. Research indicates that small tremors experienced by many older adults may register as an unintentional click, or as a swipe instead of a touch.

“It is these subtle issues that erode confidence and cause confusion,” notes Chis Bignell, a spokesman for Emporia Telecom, a smartphone developer for older adults.

“Aging is going mainstream,” says Andrew Smith, Brookdale’s director of innovation and strategy. “We talk about it more, and the demographics have caused all industries to start to consider the aging population, including the economic targets with this population and how we deal with it. There’s been a proliferation of consumer technology that has been targeted toward younger and middle-age people for their convenience, but have obvious applications for seniors who may have limitations of their own, and they can take advantage of it.”

Location is Key for Bathing Device

One idea Brookdale thought would be a huge hit was the body dryer. Resembling a photo booth or shower stall, the huge dryer can dry off a user in just a few minutes with soothing warm air and heat lamps. Developed by Care Dryers, the device was installed in a model apartment. Brookdale theorized that it would cut down on caregiver labor, reduce towel laundry and be gentler on delicate skin.

This sounds like a good product with a faulty introduction. Who doesn’t want to feel warm and cozy when exiting the bath and do less laundry to boot? Find more information on how to get one of these dryers in your home here.

Sometimes, you just don’t need a trendy device to deliver information. One Brookdale community found out their investment in digital signs was not money well spent.

“One of the areas that has not caught on is digital signage, and specifically touch screen,” Smith said. “There was a lot of excitement around touch-screen signs, which could display photos, menus, activity calendars, etc. We found that while residents like the opportunity to see those items, the touch-screen component was more than was necessary.”

Posted by Society of Certified Senior Advisors at 5:00 AM