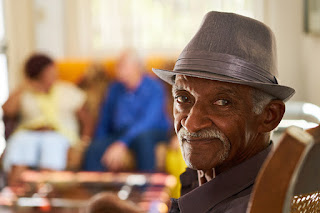 How well do these surprisingly affordable devices compare to traditional units from an audiologist? What impact will a new law have on hearing devices?

The risk of hearing loss for an older American is 10 to 20 times greater than the risk of heart disease, and 100 times higher than the risk of getting cancer. Of 30 million Americans who have hearing loss, a mere 20 percent get hearing aids. Hearing devices aren’t covered by Medicare or most insurance, and their high cost and perceived social stigma prohibit many seniors from seeking help, even when they struggle to hear.

Currently, dispensers and audiology practices are prone to presenting consumers with a limited range of hearing aids. They may all be from one manufacturer that guarantees incentives for meeting sales goals. Dispensers may then employ proprietary software to program the units, holding customers hostage for follow-up adjustments.

However, a recently enacted law called the Over-the-Counter Hearing Act seeks to make hearing aids both more affordable and more available. The bipartisan-supported measure removes the requirement for patients to see a health care professional to purchase hearing aids.

The U.S. Food and Drug Administration (FDA) will approve the devices for over-the-counter (OTC) sales online and in your local drugstore. You’ll be able to buy hearing aids without a prescription or a medical exam. The FDA estimates it will take at least another year before regulations are set and approved units for those with mild to moderate hearing loss (the levels covered in the bill) will be available.

In the meantime, personal sound amplification products (PSAPs) are already widely sold for much less than traditional hearing aids. Retailing from tens of dollars to several hundred, a bewildering array of the devices are marketed as “sound amplifiers for people with normal hearing,” which is currently the only legal option even though some are technologically comparable with hearing aids.

Do PSAPs stand up well against much more expensive devices sold by hearing specialists? A groundbreaking study implies that they do.

The research study involved 42 older adults aged 60 to 85 with mild to moderate hearing loss. First, they were evaluated for how well they could hear and repeat a random series of sentences. Participants tested six devices: an expensive hearing aid that is commonly recommended, four PSAPs with good electroacoustic properties and a fifth PSAP commonly sold in drugstores (which was also by far the least expensive). During device testing in a sound booth, background conversational noise was added.

Three of the PSAPs were nearly as good as the $1,910 hearing aid. The Sound World Solutions C550+ and the Soundhawk, both $349.44, did an admirable job. Performing nearly as well as the two frontrunners was the Etymotic BEAN at $299.99. The Tweak Focus, which retails for $269.99, trailed the leaders in fourth place. Tellingly, the $29.99 MSA 30X Sound Amplifier actually decreased the subjects’ ability to hear the words.

It appears that good, affordable hearing devices are already on the market and available without a prescription. Does the new law solve a problem that doesn’t exist?

Hearing aid manufacturers and distributors lobbied against the bill, fearing that more people with hearing loss will gravitate to other means for getting help.

The gun lobby also opposed the bill on the grounds that hunters, who use hearing amplifiers to detect their prey, would be subject to further regulation and an infringement on their Second Amendment rights.

However, although there are good PSAPs currently on the market to compete with expensive hearing aids, barriers to their use exist. Many seniors are not aware that affordable PSAPs can work as well as pricey hearing aids, so they bypass PSAPs entirely. As the study showed, some PSAPs make hearing worse than not using anything. And setting some PSAPs at the wrong volume level could literally blow out your hearing, since they don’t have to meet standards for loudness.

By standardizing the industry, consumers will be able to more easily compare different brands and models, allowing them to shop around for the best price on similar products. Dangerous noise levels will be eliminated. More people who need hearing aids will get them because  costly barriers, such as seeing a physician and having to choose from expensive products, will vanish.

Many hearing providers dispute that cost is a major factor in hearing aid adoption. They cite statistics from countries such as Norway, Sweden and the U.K. where hearing aids are provided for free or nearly so. The adoption rate in these countries is a mere five percent or so higher than the U.S. If cost is not the factor we might intuitively imagine it is, then what prevents people with hearing loss from getting help?

Influences such as social acceptance, product aesthetics and sound quality play an outsize role, according to Amyn M. Amlani, Ph.D., an expert on price elasticity and hearing aids.

“The primary factor for uptake is the patient’s perceived value,” says Dr. Amlani. “This value stems from the services provided by the practitioner and includes counseling, rehabilitation, real-ear measurements, and the inclusion of the family and significant other as part of the treatment process.”

A recent study from Indiana University published in the March issue of the American Journal of Audiology seems to back up Amlani’s findings. Participants included 154 adults aged 55 to 79 with mild to moderate hearing loss. Patients were split into three groups: one got a hearing aid with the services of an audiologist; another was told they got an OTC, preprogrammed device (actually the exact same aid the first group was given, without the fitting); and the control group got a placebo device with no amplification, fitted by a professional.

After six weeks, researchers compared user satisfaction and hearing aid usage. Participants in both of the first groups reported better hearing with their units. But surprisingly, the OTC group was both less likely to use their hearing aids during the trial, and less likely to buy them afterward. While 81 percent of the audiologist group reported they were likely to buy the hearing aids at the conclusion of the trial, only 55 percent of the OTC group said the same.

When the OTC group was offered a four-week follow-up with an audiologist after the initial study, satisfaction increased significantly, and more patients decided to purchase their hearing aids after initially declining the offer.

The takeaway may be good news for audiologists worried that OTC hearing aids will put them out of business. If they promote and endorse the less expensive hearing aids, it could translate into many more patients in need of their services.

Posted by Society of Certified Senior Advisors at 2:20 PM