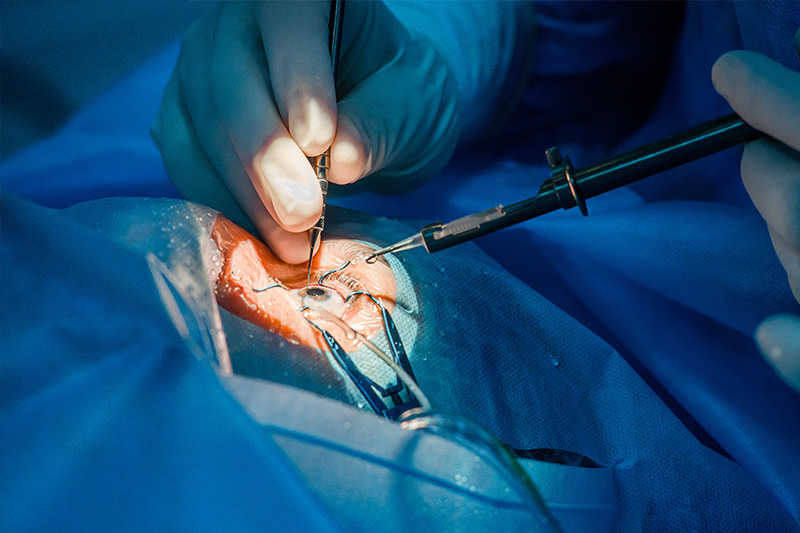 The main question is not whether to get the operation but what kind of replacement lens you want.

Before 1949, if your vision started to deteriorate because of cataracts, you had to either wear the highest level of reading glasses you could find, seek out the brightest light or resign yourself to increasing blindness. But that year, surgeons at a hospital in London inserted the first lens into a patient’s eye with cataracts. Ever since, cataract surgery has become the cure for people whose eyesight has deteriorated because of a cloudy lens.

Cataracts are part of the aging process, as our eye lenses become less transparent, less resilient and often thicker. Half of the population over 80 has cataracts. A cataract interferes with the retina’s ability to convert light into signals that are sent to the brain. At the start of cataracts, which develop slowly, things look blurred. When the condition becomes bad enough that it interferes with your daily life, your ophthalmologist can replace your cloudy natural lens with a clear artificial lens called an intraocular lens (IOL). Made of plastic, acrylic or silicone, the IOL becomes a permanent part of your eye.

Surgeons choose from two different cataract surgery methods. Phacoemulsification, the most common, inserts a probe through a tiny incision in the front of your eye and then transmits ultrasound waves that break apart the cloudy lens. The surgeon removes the broken lens pieces and inserts a new lens. The second type of surgery, extracapsular cataract extraction, requires a larger incision to remove the cataract.

The cataract operation has become so commonplace that surgeons do it on an outpatient basis in as quickly as 15 minutes. Normal sight returns within several days.

Increasingly, the question to ask is not “should I get cataract surgery?” but “what kind of lenses do I want?”

At first, problems with your vision may not be too serious, and your doctor might recommend stronger eyeglasses or sunglasses with an anti-glare coating. But if you’re becoming more aware of any of these symptoms, it might be time for cataract surgery:

There are basically two types of cataract lenses: monofocal and multifocal. Monofocal is the standard, with a single focus usually set for middle or distance vision. For fixed-focus monofocal lenses, the surgeon fits one eye with a lens for distance vision and the other for near vision. Another alternative is accommodating-focus monofocal lenses, which respond to eye muscle movements and shift focus to near or distant objects.

The multifocal lens is similar to the progressive lens used in eyeglasses, with near, intermediate and distance vision available.

When talking to your doctor about the two types of lenses, keep in mind that eye surgeons can make twice as much money on multifocal surgery than on monofocal surgery. Here are points to consider when making a decision:

Doctors say that one of the most important actions cataract patients can take to avoid post-surgery complications is to use the prescribed eyedrops. These consist of three types: antibiotic to prevent infections, and non-steroidal anti-inflammatory and steroid to reduce and eliminate inflammation. You will need to apply the eyedrops several times a day. Typically, patients start using the antibiotic drops a few days before surgery and afterward for about a week, and the anti-inflammatory drops for three to six weeks or longer in some cases.

“What to Expect From Cataract Surgery,” WebMD.

Posted by Society of Certified Senior Advisors at 1:30 AM