Beware of Scammers Trying to Deceive You 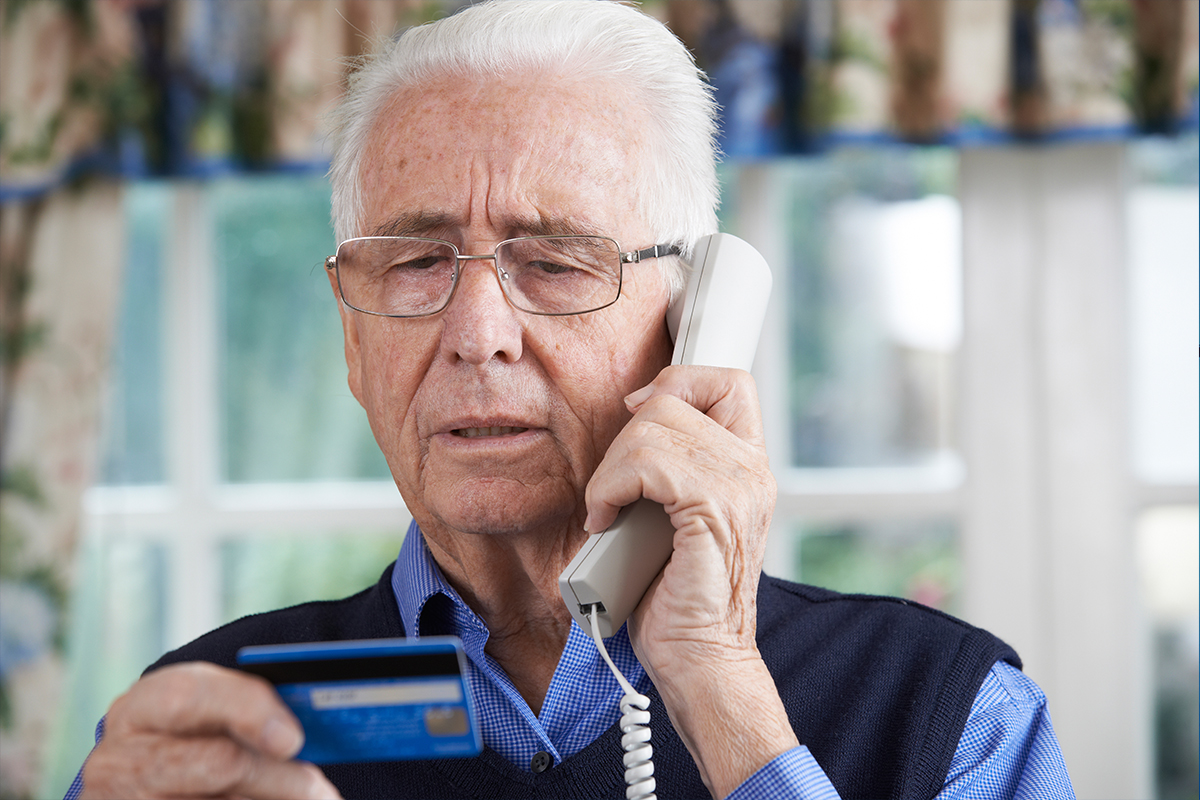 Don’t give your information—or money—to those claiming to be from the IRS or Medicare—or that you won a sweepstakes award.

Has this happened to you? You get a phone call from someone who says he works for the local court, claiming you’ve failed to report for jury duty. He tells you that a warrant has been issued for your arrest. Even though you tell this “official” that you never received a notification for jury duty, he wants your Social Security number and birth date so he can verify your claim.

You’re afraid of being arrested, or maybe you think you waylaid the jury duty summons, so you give this person the information he wants. Now, he has enough to steal your identity. In reality, courts never call to ask for personal information. This scam has been reported in Michigan, Ohio, Texas, Arizona, Illinois, Pennsylvania, Minnesota, Oregon and Washington state.

New scams—involving deceptive tactics to convince you to willingly and easily give away your money—seem to be cropping up every day, limited only by con artists’ imaginations.

While there are literally thousands of scams out there, here are some of the most common to beware of:

Similar to the jury duty trick, the IRS scam involves someone posing as an IRS agent calling and threatening to arrest you because you owe back taxes. Perhaps you’re not sure that you paid the right amount and are intimidated by this threat, so you agree to the caller’s demand to pay, using a prepaid gift card. In reality, if you did owe back taxes, the IRS would send you a letter notifying you and giving you a chance to respond. The IRS doesn't initiate contact with taxpayers by email, text messages or social media to request personal or financial information. If you are ever in doubt, call the agency (800-829-1040).

This scam has been around for a while but continues to be a problem. A grandparent gets a phone call, something like “Hi Grandpa, do you know who this is?” When Grandpa guesses the name of an adult grandchild, the scammer assumes that identity and tells the unwitting grandparent that she is in trouble. The “granddaughter” needs you to send money, often to Western Union or MoneyGram, which don’t always require identification to collect. At the same time, the “grandchild” will ask the grandparent to not tell her parents, because she doesn’t want to upset them. If you get such a phone call, consult with your children or other relatives to find out the whereabouts of your grandchild before sending money.

Across the country, seniors report receiving calls from scam operators (frequently with foreign accents) who claim to represent Medicare, Social Security or an insurance company. These callers claim that the agency is issuing new benefit cards or that the beneficiary’s file must be updated. They say you need to verify or provide your personal banking information, which they then use to commit theft.

Callers involved in this crime ring may be extremely aggressive, calling repeatedly and at all times of the day, in an attempt to wear down the potential victim. In some cases, the criminals may have already obtained some limited personal information about the citizen, such as their name, address or even Social Security number, which the criminal then uses to try to make the call appear legitimate. In other cases, the callers may claim that they can improve the benefits. The best thing to do is to hang up immediately. The Center for Medicare and Medicaid Services (CMSS) and the Social Security Administration (SSA) do not call you seeking financial information to get a new card. If you receive such a call, report it to CMSS or SSA (800-772-1213).

Scammers find out from obituaries about funeral services and seek to take advantage of the grieving widow or widower. Claiming the deceased had an outstanding debt, scammers will try to extort money from relatives to settle fake debts. Similarly, disreputable funeral homes will capitalize on family members’ vulnerability to add unnecessary charges to the funeral bill. In one common scam, funeral directors will insist that a casket, usually one of the most expensive parts of funeral services, is necessary even when performing a direct cremation, which can be accomplished with a cardboard casket rather than an expensive display or burial casket. As a general rule for consumers, be wary of people pressuring you for money.

This is an old scam but must still work because it’s one of the top scams reported to law enforcement agencies. Someone calls (or emails) you to tell you that you have won a sweepstakes or lottery, but you first must send a shipping or processing fee before you can collect your prize. You may be told to wire money to an agent of “Lloyd’s of London” or another well-known company—often in a foreign country—to “insure” delivery of the prize. By the time you’ve wired the fee and collected your prize—a check that bounces—your money and the thieves will be long gone.

No legitimate sweepstakes will require you to pay before you can get your winnings. If you think you’ve been targeted by a prize scam, report it to the Federal Trade Commission.

In this uncertain economic climate, many investors who seek the seeming stability of gold are being deceived by quick con artists, who often target seniors with their pitches. AARP tells the story of one woman who thought she was buying gold coins at a cost that was 1 percent over dealer cost but was actually $600 more per coin. The total was more than $8,000—a 35 percent markup. As the price of gold plummeted, the value of her investment dissolved instead of growing as the investment “agent” promised.

While the company that sold her these coins is being investigated, a 2014 report from the U.S. Senate Special Committee on Aging estimated that precious-metal cons have victimized more than 10,000 Americans, with losses around $300 million. True losses are likely higher because many victims don't know they've been duped, according to AARP. Financial advisers recommend investing instead in an exchange-traded fund that tracks the price of gold, and avoid buying coins, because valuing coins can be subjective, as well as deceptive.

Posted by Society of Certified Senior Advisors at 2:11 PM