How to Choose Your Next Computer 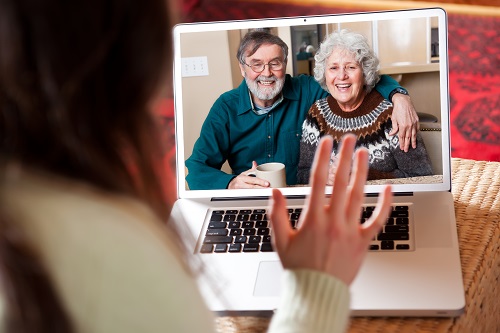 There are many factors to weigh when buying a computer, but the first one is to decide what kind of tasks you plan on doing with your computer.

If you’re buying a new computer (or even your first one), how do you decide? The first priority is to figure out what you need or want: a place to check email and your Facebook page or to play games? Or do you require something more serious, a place to write your blog or edit your photos? Your answer will dictate whether you need a more powerful desktop computer or a smaller and more portable laptop.

You may already know whether you prefer an Apple or Windows operating system (think of it as the mastermind behind your computer). Windows is available with various computer brands, while Apple uses its own system. Apple computers are generally more expensive, though most computer pros consider them to be the best.

When deciding between a desktop or laptop, there are several factors to consider. Desktops are bigger and generally have more power and storage, so they are better for complex tasks, such as photo editing or playing games. The separate monitor (display screen) can be as big as you want because you don’t have to carry it around. Though larger, desktops are less expensive than laptops because it costs more to make smaller components. With a desktop, you can change out the parts when new technology comes along, which is not possible with laptops.

Because of its smaller size, a laptop computer is more portable, with a built-in keyboard, mouse and monitor, and its functions are more limited than with a desktop. If you don’t need much more than an Internet browser or word processor, a laptop would do the job. Keep in mind that a laptop uses built-in, rechargeable battery power when you are not plugged in to an electrical outlet. When choosing a laptop, consider the battery life, as different models boast varying battery power.

One popular type of laptop is the tablet, such as Apple’s iPad, which is smaller and even more portable than a traditional laptop. A tablet will let you check your email, get on the Internet, watch movies, listen to music, read e-books and take photos. Typically, instead of a keyboard, tablets use a touch screen, which allows only for simple tasks. They have less power than a laptop, so you can’t do all the things you would do on a laptop or desktop, such as data entry or photo and video editing. Tablets have a smaller storage space than laptops (16 to 128 gigabytes [GB] compared to 500 GB or more for a laptop). However, tablets are generally more affordable and have a longer battery life. Older adults, especially those who don’t use their computers for complex tasks, find the tablets more user-friendly and like the portable option.

When deciding between individual computers, check out the numbers:

Storage. All your data—photos, music, programs, documents—are stored on your computer’s hard drive, so the more data you have, the bigger the hard drive you’ll need. Average users need about 500 GB.

Memory/RAM. Temporary information is stored on your computer’s RAM, so if you have a lot of programs running, a sufficient amount of RAM will keep your computer humming along without crashing or slowing down. RAM is measured in GB, so the more storage you have, the faster your computer will be.

Processor. This is the brains of the computer and is measured in gigahertz (GHz). So, the bigger the number of GHz, the more data the computer can process in a shorter amount of time.

“For Seniors: How to Choose a Computer,” For Dummies

“How to Choose a Computer,” Wikihow

“How to Choose Your Next Desktop, Laptop or Tablet PC,” ComputerGeeks2Go

How to Choose Your Next Computer is a featured article in the March 2016 Senior Spirit newsletter.

Email ThisBlogThis!Share to TwitterShare to FacebookShare to Pinterest
Labels: comparison between desktop and laptop, computer vs tablet, laptop vs desktop pros and cons, Laptop vs. Desktop, what to look for when buying a new computer, which is best desktop or laptop
Newer Post Older Post Home