Nonverbal Communication: The Power of Touch

Communicating nonverbally can be a touchy situation. If done without gauging another’s response to being touched, it can be problematical. But done with sensitivity, it can be a bonding experience with clients and colleagues. 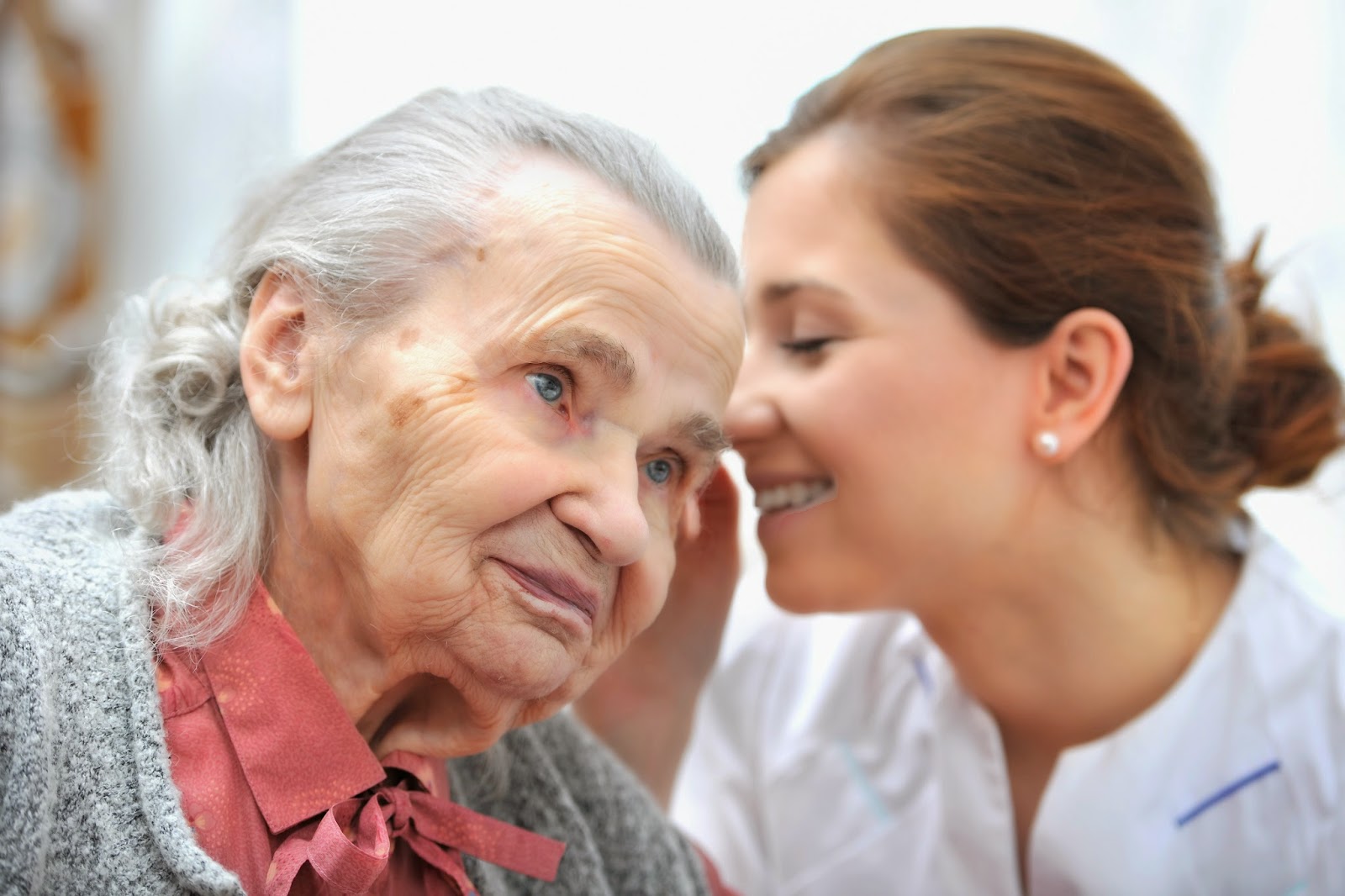 When thinking of communication skills the first thing that comes to mind is oral, visual,
and then body language. The last thing we think of, if we think of it at all, is the sense of touch. As CSAs, we are constantly trying to improve our communication skills but how many of us ever give any thought to the largest and most important organ in our body—our skin. Numerous studies have proven that touch is essential to our human development. From the moment we are born we need touch to grow, learn, and literally to survive and thrive. Infants use it as their primary form of communication, as well as a powerful healing force.

This need does not change as we age. However, after babyhood we are touched less and less over the years. By adulthood, we think of most touching in a sexual context, leaving us devoid of one of the most basic human needs. In his seminal work, Touching: The Human Significance of the Skin, Ashley Montagu (1986) states that a human being cannot survive without the physical and behavioral functions performed by the skin. “Among all the senses, touch stands paramount and is the mother of all senses.” Touch has been shown to help our bodies maintain their defenses and decrease anxiety, depression, hyperactivity, inattention, stress hormones, and cortisol levels. The effects of the lack of touch can have lifelong serious negative consequences.

According to Keltner (2010), the science of touch convincingly suggests that we’re wired to the need to connect with other people on a basic physical level. To deny that is to deprive us of some of life’s greatest joys and deepest comforts. A loving touch releases oxytocin or the “bonding hormone.” Physical touch can instantaneously boost our mood, strengthen our immune system, and reduce stress,” says Paul Zak, Ph.D., director of the Center of Neuroeconomics Studies at Claremont Graduate University.

If touch is a language, it seems we instinctively know how to use it. But apparently it’s a skill we take for granted and that leads to touch deprivation. Because our culture in the United States frowns on adults touching one another except in our most intimate relations, we find ourselves being touched less and less as we age. In studies at the Touch and Emotion Lab at DePauw University (Hertenstein 2013), the subjects consistently underestimated their ability to communicate via touch, even while their actions suggested that touch may in fact be more versatile than voice, facial expression, and other modalities for expressing emotion. “This is a touch-phobic society,” Hertenstein says. “We’re not used to touching strangers, or even our friends, necessarily.”

Keltner (2010) states that “after years spent immersed in the science of touch, I can tell you that it is far more profound than we usually realize. It is our primary language of compassion, and a primary means for spreading compassion.”

Touch provides a far more important and complex form of communication than most of us realize. That’s where those of us who work with older adults—or with any human being for that matter—can make a difference. Incorporating touch with our other forms of communication will increase our connectedness to our clients and benefit their well-being, as well as ours. Studies have shown that just a touch of a patient’s hand by a doctor will improve their attitude toward him or her and make them feel calmer. All the reassuring words are no substitute for the gentle squeeze of the nurse’s or doctor’s hand as you are being wheeled into the operating room. According to Rick Chillot in Psychology Today (2013), recent studies have found that seemingly insignificant touches yield bigger tips for waitresses, that people shop and buy more if they’re touched by a store greeter, and strangers are more likely to help someone if the touch accompanies the request. Call it the human touch, a brief reminder that we are, at our core, social animals. Researcher Laura Guerrero co-author of Close Encounters: Communication in Relationships notes “We feel more connected to someone if they touch us.”

Hugging or even touching a loved one or friend is acceptable, but what about a colleague or client? As CSAs, many of us have even been told during training in our designated careers that touching is taboo. So is it time to rethink our training? Unequivocally the answer is yes. There is even evidence the person touching or hugging gets just as much benefit as the person being hugged or touched. It connects us with our clients. Would a handshake or touch of an arm open a whole new avenue of communication for both of you? It may be a fleeting touch but it can make all the difference in the world. It is one of the most basic ways to relate and can be very powerful. No matter how old we are, touch is nurturing. It is security.

All cultures have rules about touching. It’s important to be sensitive to personal boundaries in general, and especially with people from other cultures. In Asia, people avoid touch as much as possible, similarly in Germany and England. Unless you are very sure touching is appropriate to them—don’t do it.

Most of us in the United States view touching as something you only do with family and very close friends. We even differ from region to region. Californians touch each other more casually and more often than New Englanders. Midwesterners are considered low touch. According to our company handbooks, it has no place in the business world. Primarily Euro-American cultures in general, and particularly North American white Anglos have developed a set of unspoken taboos in regards to touch.


Keltner (2010) states that a pat on the back or a stroke of the arm are every-day, incidental gestures that we usually take for granted. But they are far more profound than we usually realize. They are our primary language of friendship and understanding, and a means for spreading compassion. That’s where those of us who work with older adults or with any human being can make a difference.

Learning how and when to touch will increase your connectedness to your clients and benefit their wellbeing as well as yours. On the playing field it’s acceptable to give a teammate a pat on the butt, but that same gesture won’t go over well in the office. That’s because the context must be taken into consideration. The office is obviously not the playing field.

The Art of Touching

First, what is your own comfort level? If you cringe at the thought of touching someone in a professional setting, then this is not for you. For many professionals, a handshake is more than enough. But what kind of handshake? A limp handshake may indicate uncertainty or a lack of enthusiasm, while a vise-like grip makes you seem dominant. Besides firm handshakes, the areas from the shoulder down to the hand and the back are considered the safest to touch. But if you are stiff and uncomfortable, it will show and not be effective. Of course, touch should not be a way to set yourself above your client but should be an equal exchange.

If you feel like touching a client in a more personal way, say on the shoulder or arm, start with someone you know very well. Only when you feel perfectly comfortable should you attempt to touch someone, especially giving a hug.

In professional situations, hugging is done as a form of greeting, comfort, or bonding. Because there are many different kinds of hugs, how it’s done and in what context is important. Maybe it’s a long-time client who is in distress. Or a colleague who’s just had a major achievement. As you enter their personal space, do they back away or stay put? Are they relaxed or stiff? Watch their facial expressions, especially their eyes. Body language speaks volumes.

As with all nonverbal communication, remember that everyone has their own comfort zone. But when welcomed, the benefits of touch at the appropriate time by a trusted person can have very positive effects. •CSA

Arlene Cawthorne is a client care management advocate with Assisting Hands Home Care in San Diego, California. She has a master’s degree in counseling from the University of Phoenix. She is past president of the Senior Resource Association and the National Alliance on Mental Illness North Inland County (NAMI). She can be reached at acawthorne@assistinghands.com, or 858-335-8880.

Nonverbal Communication: The Power of Touchwas recently published in the Fall 2014 edition of the CSA Journal.

Posted by Society of Certified Senior Advisors at 12:44 PM