Although this ancient Chinese martial art is now used as a form of exercise, you can think of tai chi as a way to fight back against the effects of aging: losing flexibility, balance and muscle strength. With minimal stress on the body, it’s especially good for older adults. 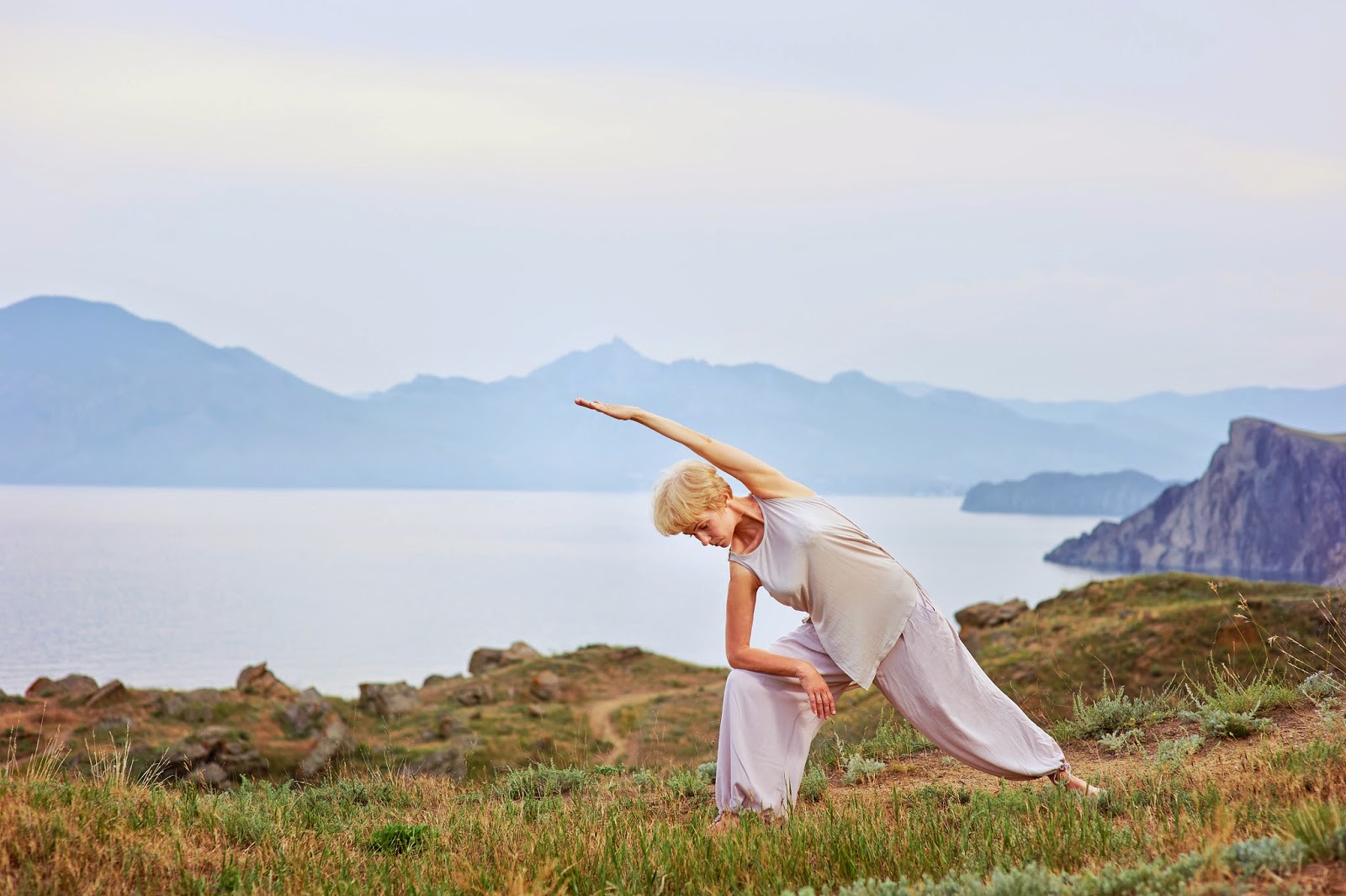 You may be acquainted with tai chai from seeing a group of people in a park doing slow movements with their arms and legs, looking more like a synchronized ballet or modern dance than any kind of exercise you are familiar with. Yet this ancient Chinese martial art has real physical benefits—and without the physical stress that other forms of exercise, even yoga, can have on aging bodies.

Its low-impact and gentle movements put minimal pressure on your muscles and joints, and the risk of injury is low. Instead of going to a gym, you can do it anywhere, and it doesn’t require any special clothing or props (a yoga mat, for example, or exercise machine).

In fact, tai chi (pronounced “tie chee”) may be a better exercise option for older adults than strength training, even though such exercises combat the wasting effects of aging. That's because strength training tends to stiffen arteries. A recent study in Europe compared the health of older adults who practiced tai chi and those who did not practice. Though the study did not directly test tai chi, it did find that tai chi practitioners’ large and small vessels were more flexible (“Why Tai Chi Makes Sense for the Elderly,” June 2012, Atlantic Monthly). And the more flexible the arteries the better one's overall cardiovascular health generally is. Poor arterial flexibility is an independent risk factor for cardiovascular disorders— diseases affecting the heart and blood vessels.

Although most people no longer use it as a martial art, you can think of tai chi as a way to fight back against the effects of aging: losing flexibility, balance and muscle strength.

What Is Tai Chi?

The centuries-old Chinese martial art is descended from qigong, an ancient Chinese discipline that has its roots in traditional Chinese medicine. It is based on the concept of qi — an energy force thought to flow through the body — and yin and yang — opposing elements thought to make up the universe and that need to be kept in harmony. Tai chi is said to unblock and encourage the proper flow of qi and to promote the yin-yang balance.

Both yoga and tai chi are said to have meditative benefits. But unlike yoga, another Eastern form of exercise in which you hold a pose, tai chi involves a series of slow, continuous and meditative body movements that incorporate a series of motions named for animal actions—for example, "white crane spreads its wings" — or martial arts moves, such as "box both ears." As you move, you breathe deeply and naturally, focusing your attention—as in some forms of meditation—on your bodily sensations.

Tai chi differs from other types of exercise in other respects. Its movements are usually circular and never forced, the muscles are relaxed rather than tensed, the joints are not fully extended or bent, and connective tissues are not stretched. Tai chi can be easily adapted for anyone, from the fittest athletes to people confined to wheelchairs.

Often described as "meditation in motion," tai chi, like yoga, demands concentration, so breathing and movement are coordinated. Many tai chi proponents say this promotes calm feelings and thus a reduction in stress. Others say tai chi interweaves the mind and body into one.

In China, it is believed that tai chi can delay aging and prolong life, increase flexibility, strengthen muscles and tendons, and aid in the treatment of heart disease, high blood pressure, arthritis, digestive disorders, skin diseases, depression, cancer and other illnesses. Unfortunately, there hasn't been a significant amount of scientific evidence to support all of these claims but several small studies show a positive connection between tai chi and many chronic diseases. Most of the studies offer tai chi as an intervention for a short duration, and long-term results or benefits of tai chi may vary by individual over time.

Balance and flexibility. Most of the research on the impacts of tai chi on older adults has studied balance and fall prevention. This is especially pertinent to older adults because fall-related injuries (see Exercise Best Cure for Hip Fracture Recovery, July 2014, Senior Spirit) are the leading cause of death from injury and disabilities among older adults, as well as the leading cause of loss of independence and need for long-term care. Because tai chi often involves shifting weight from one leg to the other, it can increase both balance and leg strength in older adults. One researcher says that tai chi strengthens weak muscles in legs and improves the ability of ankles to flex on uneven surfaces, and repeated movements improve reaction time. Tai chai also counteracts the loss of balance as we get older, because it improves the sense of one’s physical position in space (known as proprioception).

In one study, adults in their 60s and 70s who practiced tai chi three times a week improved, after six weeks, their balance, muscular strength, endurance and flexibility. Another study compared men age 65 and older who had more than 10 years of tai chi with similar-aged who were sedentary and found that the men who did tai chi performed better on tests of balance, flexibility and cardiovascular function. Another study involving people with mild balance disorders found that eight weeks of tai chi training significantly improved function on a standard balance test.

Even people with Parkinson’s disease found improved balance and function after 20 to 24 tai chi sessions, according to two studies.

To help older adults improve their balance, the National Institute on Aging includes tai chi in its Go4Life exercise program as a lower-body strength exercise.

Heart disease. In a study at Harvard Medical School, 12 weeks of tai chi reduced blood levels of B-type natriuretic protein, an indicator of heart failure, and improved participants' ability to walk and quality of life. Another study suggests that tai chi may improve quality of life, mood and exercise confidence in people with chronic heart failure.

Cancer. A 2008 study at the University of Rochester found that quality of life and functional capacity (including aerobic capacity, muscular strength and flexibility) improved in women with breast cancer who did 12 weeks of tai chi, while declining in a control group that received only supportive therapy.

“It does not cure cancer, but restores function, strength and energy, helps people deal with symptoms, and improves resiliency,” says Dr. Yang Yang, who works with cancer patients at the Integrative Medicine Center of the Memorial Sloan-Kettering Cancer Center (quoted in Senior Planet).

“Tai chi can not only reduce stress and depression, but also relieve pain, build strength, and improve cognitive function, perhaps even delaying dementia” says Wayne, who is director of research at the Osher Center for Integrative Medicine, jointly based at the Harvard Medical School and Brigham and Women’s Hospital in Boston (“Tai Chi for Older Newbies,” Senior Planet).

Walking. One study found that individuals who practiced tai chi walked significantly more steps than individuals who did not; this is good news for older adults whose walking speed decreases with age.

Muscle strength. Stanford University researchers tested women and men, average age 66, who had below-average fitness and at least one cardiovascular risk factor. After taking 36 tai chi classes in 12 weeks, they improved in both lower-body strength (measured by the number of times they could rise from a chair in 30 seconds) and upper-body strength (measured by their ability to do arm curls).

Arthritis. A Tufts University study found that an hour of tai chi twice a week for 12 weeks reduced pain and improved mood and physical functioning more than standard stretching exercises in people with severe knee osteoarthritis.

Low bone density. A review of six controlled studies by Dr. Wayne and other Harvard researchers indicates that tai chi may be a safe and effective way to maintain bone density in postmenopausal women.

Hypertension. A review of 26 studies in English or Chinese found that, in 85 percent of trials, tai chi could decrease blood pressure.

Sleep. In a University of California—Los Angeles study of healthy older adults with moderate sleep complaints, 16 weeks of tai chi improved the quality and duration of sleep significantly more than standard sleep education.

Stroke. A study conducted at the University of Illinois compared patients who had suffered a stroke at least six months earlier. In the 12th week of the tai chi program, participants demonstrated improved standing balance.


Tai Chi Gentle but With Strong Physical Benefits was featured in the October 2014 Senior Spirit newsletter.