Ovarian Cancer: What You Need to Know 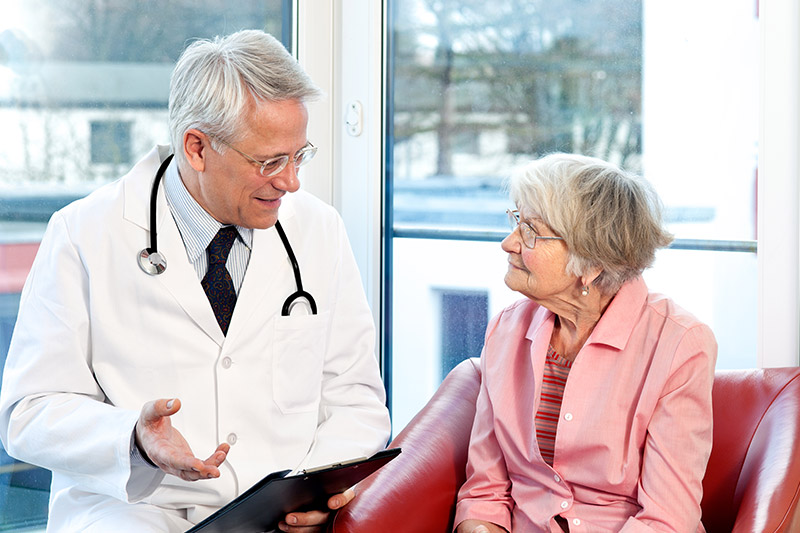 This September marks Ovarian Cancer Awareness Month! Teal ribbons will decorate shops and lapels. Walks and fundraisers will be held to raise money for research and to support those currently battling ovarian cancer. On top of supporting those people currently affected by this disease, it’s also important to spread information and educate women on this topic. So let’s take a moment and talk about what ovarian cancer is, who is most at risk, and why it is imperative that women understand this dangerous disease.

What Is Ovarian Cancer?

Ovarian cancer originates in one or both of a woman’s ovaries. It can also include cancer in the fallopian tubes (connects the ovaries to the uterus) or nearby tissue known as the peritoneum, which surrounds abdominal organs. As the cancer worsens, ovarian cancer cells move to other tissues and organs around the pelvis and abdomen. In its worst stage, ovarian cancer has been known to spread as far as the lungs, the brain, and the skin. This year, over 22,000 women will be diagnosed with this life-threatening disease in the United States alone.

Who Is Most at Risk for Ovarian Cancer?

A woman fifty years or older will have an increased risk of developing ovarian cancer. Her level of risk will continue to increase after menopause. Now, that isn’t to say that ovarian cancer hasn’t affected women in their twenties, thirties or forties, but as a woman’s age increases, so does her level of risk. 50% of women who develop ovarian cancer are over the age of sixty.

If a woman has previously been diagnosed with breast, colorectal, or cervical cancer, she will have a higher risk of developing ovarian cancer. The same can be said for a woman whose family medical history includes cases of breast or ovarian cancer. If you or your family has a history of these cancers, it is important to consult your doctor about genetic testing. As with breast cancer, the presence of genetic mutations BRCA1 and BRCA2 indicate a higher risk for ovarian cancer. It is also important to note that studies have found women with Ashkenazi Jewish heritage (Jewish people from Eastern Europe) are more likely to carry these two mutated genes.

While a woman cannot change her family history, medical records, or age, there are several precautions that can be taken to reduce risk. Studies dating back to the 1970s have found a link between talcum-based baby powder and ovarian cancer. While the exact relationship between the two is still unclear, the presence of talc particles in a high number of biopsied ovarian tumors does little to sell the product. In today’s consumer market, there are several better alternatives to talc-based baby powders for women to use for personal hygiene.

Studies have also found that women who are obese with a BMI over 30 have a greater chance of developing ovarian cancer and a lower survival rate. By keeping a regular exercise routine and eating a healthy diet full of vitamins A, D & E and omega-3 fatty acids, women can help reduce their chances of both ovarian cancer and a number of life-threatening cancers and diseases such as heart disease and diabetes.

How Is Ovarian Cancer Diagnosed?

Ovarian cancer can be difficult to diagnose. Only 15% of women are diagnosed in stage 1 of the disease; most women find out about the cancer when it has worsened considerably and is more challenging to treat. Many women believe that they are checked for ovarian cancer along with several other gynecological diseases in their annual check-up. Unfortunately, while your annual Pap smear checks for signs of cervical cancer, it does not detect ovarian cancer. Some ovarian cysts or tumors have been found during an annual check-up, but it is extremely rare occurrence and not something to rely on when facing this deadly disease.

Ovarian cancer is known as a “silent disease” because it has very subtle and sometimes confusing symptoms. Common symptoms linked with ovarian cancer include bloating, pelvic or abdominal pain, fatigue, pain during sex, constipation, the need to urinate more frequently, and menstrual changes. These symptoms are also common menstrual and menopausal symptoms, and generally, women don’t associate them with anything more serious. Knowing your body and identifying these subtle changes can be the key to an early diagnosis.

As mentioned before, there is no single test to detect ovarian cancer. There are, however, multiple tests that can indicate the development of ovarian cancer. Doctors will generally combine several different tests to get a clearer picture of the situation. For example, an imaging scan like an MRI or an ultrasound can be used to find tumors. Nevertheless, the only definitive way to determine if a woman has developed ovarian cancer is to perform a biopsy of a formed tumor. If your regular gynecologist suspects ovarian cancer, it is essential to see a specialist as soon as possible to formally diagnose the cancer and proceed with treatment.

14,000 women die of ovarian cancer per year, and again this statistic reports only the numbers in the United States, not globally. If you’re aware of your own risk and listen to your body, an early diagnosis can be lifesaving in the face of ovarian cancer. And knowing these facts can save the lives of your daughters, sisters, granddaughters, and friends. It’s important to take the time to learn more about your risk and share your new found knowledge with the women closest to you. Help spread ovarian cancer awareness and fight for the health of every woman this September!

Posted by Society of Certified Senior Advisors at 10:55 AM