Protecting Your Lungs Against These Serious Threats 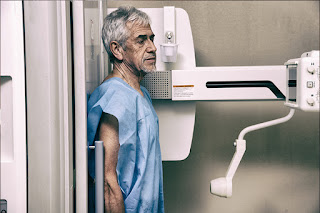 As we age, it becomes increasingly important to protect our lungs and be aware of potential life threatening symptoms. It’s common to become out of breath more frequently and even cough more regularly, but these could also be signs of serious diseases and illness like mesothelioma, lung cancer and COPD. Being educated on the risk factors and early symptoms can lead to an earlier diagnosis for these diseases, which also means a much better prognosis.

Mesothelioma is a rare cancer caused by exposure to asbestos. Asbestos is a natural fiber that can be found in the environment, but has also been widely used in construction and manufacturing of various products because of its fire resistant properties and durability. When disturbed, asbestos fibers can be inhaled and they then attach themselves to the lining of our organs. Because of their durability, our bodies are unable to break down the fibers and eliminate the danger. Instead, they remain an unrecognized threat until after a long latency period of anywhere from 10 to 50 years when symptoms first begin to show.

This long latency period, as well as unspecific symptoms, makes diagnosing mesothelioma extremely difficult. Though it has different types, the most commonly diagnosed is pleural mesothelioma, meaning in the lining of the lungs. Pleural mesothelioma first shows symptoms like shortness of breath and chest pain, which resemble common illnesses like the flu or pneumonia. Thus, it can take weeks or months before an official mesothelioma diagnosis can be made. Often by this point, the disease is already in a later stage that is much more difficult to treat.

Awareness is very important for those who might have been exposed to asbestos because earlier diagnosis is the best way to better the generally poor prognosis for mesothelioma patients. Those between the age of 50 and 70 are most commonly diagnosed, especially veterans or those who have worked in an industrial setting. Being educated allows those at risk to have an open dialogue with their doctor to hopefully detect mesothelioma early on.

Lung cancer is a leading cause of cancer deaths in both men and women. Non-small cell lung cancer is the most common common type, making up about 85% of diagnoses. Each year there are over 200,000 new cases of lung cancer, and over 150,000 die from this disease annually. Smoking is the leading cause of this cancer, though non-smokers are also at risk. Exposure to radon, secondhand smoke, air pollution, as well as workplace exposure to asbestos and other toxins, can all cause lung cancer. This type of cancer is most common in seniors; 2 out of 3 people diagnosed are over the age of 65, and on average diagnosis occurs at age 70.

As with mesothelioma, most don’t experience symptoms until the cancer has already progressed to a later stage. Common symptoms include a cough that won’t go away, shortness of breath, chest pain and frequent infections in the lungs. Again, these symptoms also align with pneumonia or allergies, so patients sometimes go undiagnosed for a long time. Understanding the risks and symptoms can lead to earlier diagnoses through screenings and better prevention.

Chronic Obstructive Pulmonary Disease (COPD) is a progressive disease that makes it increasingly difficult to breathe. It’s an umbrella term for several lung diseases, like emphysema and chronic bronchitis. COPD is most often diagnosed among smokers, but environmental factors like pollution and exposure to other toxins, as well as genetics, can also cause COPD. It develops slowly over time, so many don’t even realize they have it. Like both lung cancer and mesothelioma, the symptoms include shortness of breath, wheezing, and tightness in the chest.

An estimated 30 million people have COPD in the United States, and it’s the third leading cause of death. COPD, like the previously mentioned diseases, has no cure. But being proactive and removing lung irritants--like quitting smoking if you are a smoker and avoiding dust and harmful fumes--as well as maintaining a healthy, active lifestyle can slow down COPD’s progression. It’s important to keep a lookout for signs of COPD early on and get screened if you are at risk.

Education is the first step to preventing all of these serious health risks. Keep track of any worrying symptoms you might have and maintain an open dialogue with your doctor. Even if the symptoms you’re experiencing might seem normal, like taking a while to catch your breath after a lot of exercise, it’s always good to keep your doctor up to date with what you’re experiencing. Our lungs are vital to being able to live a long, healthy life, so be proactive and help protect them.

"What is Lung Cancer?" National Institutes Of Health.

"What Are the Symptoms of Lung Cancer?," American Lung Association.

"What is COPD?," COPD Foundation.

"What Is COPD?," National Heart, Lung, and Blood Institute (NHLBI).