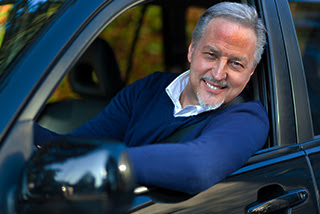 It’s part of the American dream to work until age 55 and then retire, perhaps to a beautiful tropical climate, with few of the cares or worries that come along with the daily grind. But these days, many seniors are going back to work after retiring from their full-time jobs, and those numbers are only climbing. According to the National Council on Aging, by the year 2019, 25% of the workforce will be over age 55. Just last year, it was estimated that workers aged 65 and older outnumbered teenagers in the workforce for the first time in almost 70 years!

However, there are negative aspects for seniors looking to get back to work, as well; research shows that after the economy began to sour in 2008, older adults had a harder time finding employment than others, taking 27 weeks or more to locate a new job after losing one. The result is that seniors in the job market are getting creative, using the sharing economy to earn extra money after retirement or even, as in the case of one man, for retirement.

Fifty-seven-year-old Scott Ullerich has utilized ride-sharing services due to his close proximity to a major airport, lending out his second car to renters in need of a vehicle. The service has afforded him enough extra money each month to put aside for his later-in-life needs.

"The sharing economy is my retirement plan. If I can figure out enough of these little side businesses, I can probably retire sooner rather than later.”
-Scott Ullerich

Similarly, companies like Uber give good drivers the opportunity to earn some extra money on their own schedule by creating their own taxi service. Users are attracted to the service because it’s tied to an app they can keep on their phone which shows how far away the nearest Uber car is, how long it will take to be picked up, and various payment options. For drivers, it’s an opportunity to make good money without being tied to a rigid schedule, and it’s an easy market to jump into. Although many of these newer ride-sharing services are associated with young people, seniors may have the upper hand; in 2010, 94% of adults aged 55 to 64 had driver’s licenses, a much higher number than in any other age group.

When many people think of a “job,” they imagine it to be in an office building, restaurant, construction site, or retail store. But the criteria that was popular for gainful employment 30 or even just 20 years ago has changed drastically, just as the landscape of the workforce has. These days, there are plenty of options for people of any age to work from home, set their own schedule, or incorporate their own routines into their jobs. One great example is Rover.com, which pairs pet owners with responsible animal lovers for jobs like dog-walking or caregiving when the owner is out of town. In some instances, you may be able to find a client near you who will bring their pet to your home for a few days, allowing you to bond with a new friend and get paid for it. The owner can rest easy knowing their pet is in good hands — and isn’t sitting lonely in a kennel — and the site takes care of helping to arrange meet-ups as well as the financial end of things.

One of the major upsides of this type of work for seniors is that many don’t need full-time employment or benefits, having already secured Medicare or other benefits through their former jobs. It’s also a great way to stay active and to keep boredom and loneliness at bay, which can affect seniors who retire after years or decades with the same company.

Finding employment after retirement can be a daunting task to face, but many find there is a real need for at least part-time work to supplement benefits or social security. With people living longer, it’s no surprise that many can’t make their assets stretch the way they used to. While it can be time-consuming for an individual to find the right job to fit their lives and schedules, it is possible. Between the sharing economy and sites/blogs that can help anyone become an entrepreneur, finding a job that doesn’t require a boss or a restrictive schedule is easier than it’s ever been. Seniors should dive in knowledgeably, however, and know what their rights are where Social Security is concerned, as benefits can be decreased due to age of retirement.

"6 Easy Ways Retirees Can Cash in on the Sharing Economy," Kiplinger.com

"Drive with Uber: Earn money on your schedule," Uber.com

"Your Next Uber Driver May Be a Retiree," CityLab

Posted by Society of Certified Senior Advisors at 7:54 AM