The Spirituality of Money: Understanding the Meaning of Prosperity and Abundance

How people think about money determines whether or not they achieve prosperity. 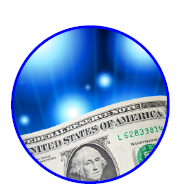 Once upon a time, there were three things people didn’t talk about in public—money,
religion, and politics. So let’s talk about one of them. Money. Money brings up so many emotions and beliefs for so many people. Many years ago, a survey was conducted by the University of Michigan that in essence, wanted to know what effect money had on people’s lives. There were three major findings:

The common denominator in all of these is the way people think about it. Author Criss Jami says, “Ultimate prosperity is one’s value within. It takes a man of depth, morality, and charm to be envied yet without a sign of wealth or romance. A passion to prove such inner worth is his permission to achieve whatever he desires.” He is right. Ultimate prosperity is one’s value within. It is our energy and thinking around money that matters most, and creates it or doesn’t.

If you constantly think about what is lacking in your life, you tend to solidify that belief system and thus fulfill the very thing you don’t want. Your faith is based on your belief about life, God, and money. So if your energy around money and finances is always about lack, then you will tend to create that in your life. Faith is based on your values and belief. Religion is the system you choose to express that faith.

I recently taught a class in my church community on prosperity, based on the book, Spiritual Economics by Eric Butterworth. The author’s premise is that money is energy, and is based on your thoughts about it. I asked the class one simple question: “When I say
the word money, what feeling or thought comes to mind?” The first answer given by a student was, “Never enough.” Others shared such thoughts as: hard to get; those who have it get more; I have always been poor; and fear of not being able to pay bills. And one student said, “Money is based on my thought that if I think I can’t have or get it, so it is!” The majority of the class participants were older adults. You could feel the energy of fear, worry, and anxiousness in their responses. One in the group said, “I am worried about outliving my money.”

But you could turn it around and say that the right attitude toward money is the root of all kinds of prosperity. It is just such misquotations of the Bible that give rise to the confused dualism about money in the religions of the Western world. On the one hand, riches have been condemned as dangerous to our spiritual growth. On the other hand, churches need money for their support and have welcomed the affluent—both subjecting them to sermons about the evils of wealth, but expecting them to make the substantial gifts that subsidize the church’s programs. How can money, at one and the same time, be a sought-after necessity of life and yet be the handicap to one’s spiritual growth? How can money be evil when no one can do without it?

So then, what is money? Economists have had trouble defining it other than in terms of the function it performs. British economist Sir Ralph Hawtery says:

“Money is one of those concepts, which like a teaspoon or umbrella, but unlike an earthquake or a buttercup, are deniable primarily by the use or purpose in which they serve. Money is not real wealth at all. Rather it is a device for measuring wealth. Money is an enabling symbol. It is a tangible representation of intangible universal substance, which enables you to provide food, shelter, clothing, entertainment, books, leisure, and security against want. How does it do this? You do not build your house out of paper dollars and you don’t eat coins.”

Money is an enabling symbol that gives rise to faith and trust, credit and cooperation, which starts the flow of activity. Round and round it goes in a system we call the economy. But in back of all of it comes the basic substance of life, harnessed and directed by the activity of faith.

Money passes through your hands many times a day. It may be little if you should happen to be on welfare or living on social security, or it may be millions if you are a person of wealth. But you are constantly buying and selling and earning and spending. Money is an extension of the person who uses it. Your thoughts and feelings color it, making it filthy lucre or blessed divine substance. If you think positively and creatively about your money, you actually multiply its effectiveness. If you criticize and depreciate it, you actually tend to dissipate and repel it.

An affluent businessman and friend once told me that prosperity is a way of thinking and being—not something you get. Affluence literally means abundant flow. My friend and I think differently about money. I was raised in a poor family with a clear message that we did not have enough to go around and that people with money were somehow bad. My friend was not that way. When I asked him about his affluence, he said, “I expose myself constantly to wealthy ideas—think prosperity, think substance, think affluence. I have learned that my life will be influenced for good or ill by the kinds of thoughts that rule my mind.” So I got busy looking and taking an inventory about how I think, feel, and believe about God and money and it has made all the difference. I believe that God wants us to be prosperous and happy. We are born to be rich or inevitably to grow rich by the use of our faculties. Lack and limitation of any kind are aberrations in an opulent Universe. Any person who is lacking is in some way living in opposition to the Universal flow!

Charles Fillmore, co-founder of the Unity School of Christianity, said, “It is a sin to be poor. When we establish ourselves in the consciousness of God, the whole Universe moves to flow into us with its abundance of life and substance.” The spirituality of money is not just about having things. Author and motivational speaker, Wayne Dyer, puts it this way. “When you are able to shift your inner awareness to how you can serve others, and when you make this the central focus of your life, you will then be in a position to know true miracles in your progress toward prosperity.”

Thoughts and Attitudes about Money

The word prosperity comes from the Latin root that literally translates as “according to hope” or “to go forward hopefully.” Thus it is not so much a condition of life as it is an attitude toward life. The truly prosperous person is a fully functioning person. Prosperity is a way of living and thinking, and not just about money or things. Poverty is a way of living and thinking, and not just a lack of money or things. We have been erroneously conditioned to believe that our lives are completely shaped by what is happening around us and to us. But life is lived from within-out. It is not what happens “out there” but what we do or think about what happens. How you think and feel about the economy in general and your financial affairs in particular will unvaryingly determine what you experience.

Thinking this way eliminates using fear tactics about money with an older adult. Some financial professionals use fear in their selling of products and services, with comments such as “If you have a major illness you are going to run out of money.” God responds
according to your feeling and thinking about money. So if you are having negative feelings around money and prosperity, God can only work through what you think and feel. The biting truth is that God will make you prosperous and successful in all ways if you do
not make it too hard for Him. We have often done an injustice by creating God as a judgmental being who gives wealth and blessings to some and not to others. God is not a being with qualities or attributes, but is rather the good itself coming into expression as life, love, power, and wisdom.

God is the allness of ever-present substance in which we live, move, and have our being. And this is the subtle but vital important key on which the entire structure of spiritual economics rests. The word substance comes from the Latin substare, which means
“stand under.” There is a substance standing underneath everything. We are not just acted upon by God, but we are the activity of God expressing life. Faith doesn’t influence God “out there” to send riches to fill our needs “down here.” Faith is the spiritual capacity by which we may form and shape this ever-present basic element of Spiritual Substance.

In a challenging economy, we sometimes think that  money somehow disappears. You could lose all your assets in a financial crisis, but you can never lack substance. Those who keep consciousness that the Divine flow is ever centered within them, have faith that limitless substance will find expression through them in the form of creative ideas, ingenuity, the will of work, and the security of work opportunities. That is an economy that never goes away. I believe that the Universe owes you a living. You are a creative expression of the Universe with the responsibility to let it shine. Although the world owes you nothing, you owe the world a life. But in all the many ways in which you apply
yourself to the world, the Universe owes you complete support. Your fortune begins with you. You are a living magnet, constantly drawing to you the things, the people, and the circumstances that are in accord with your thoughts. As professionals, we must remember
how powerful we are when we put our minds to it. Whatever your needs may be, the answer is not to get God to give you more through some Divine sleightof-hand process, but rather to uncover and release yourown concept of prosperity.

Life is not a game of chance Your fortune is not influenced by caprice. It is determined by the shape of your consciousness. Money, prosperity, affluence, and God meet in one place,—your heart and mind. The great writer, Henry David Thoreau, said, “If one
advances confidently in the direction of his dreams, and endeavors to live the life which he has imagined, he will meet with a success unexpected in common hours.”

The secret of true prosperity is finding our security through our connection with the spiritual world. Advisors will encounter seniors with fears about money and their assets. Advisors can alleviate their clients’ fears by helping them understand that their thinking
sets the stage for their prosperity. Billy Graham stated it well: “If a person gets his attitude toward money straight, it will help straighten out almost every other area in his life.” •CSA

Norman Bouchard is a much sought after international author, educator, and speaker. He is also the former vice president of the Society of Certified Senior Advisors, and is a minister with United Centers for Spiritual Living.


The Spirituality of Money: Understanding the Meaning of Prosperity and Abundance  was published in the Autumn 2013 edition of the CSA Journal.
Posted by Society of Certified Senior Advisors at 2:20 PM