Solo Aging: The Next Frontier

Older adults who live alone, and are without children or close relatives, must find ways to stave off loneliness and isolation by developing strong, social support systems. 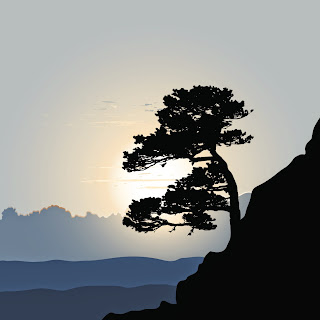 As a professional advisor, you interact with baby boomers on a regular basis. In most cases, these are the children of the clients you serve. Whether or not they were your initial point of contact, these adult children’s lives are intertwined with that of the client, and as they navigate the waters of their parents’ declining abilities, the question they inevitably ask themselves is, “What will happen to me when I am that age?” For most of these boomers, their fate will lie in the hands of their own children and their ability to communicate their wishes to them while they are still able. But what about those who don’t have children? They could be called “Solo Agers.”

Bill and Karen live in Seattle, are in their mid-sixties, in good health, still actively earning a good income as management consultants—one in a technical field, the other in human resources—and have various friends with whom they enjoy spending time. Many of their friends are grandparents now and spend as much time as possible with grandkids, often travelling frequently to visit them in other states. Some have even relocated in recent years to live closer to their grown children and their families. Many are starting to retire now, and Bill and Karen are also in the beginning phase of winding down.

However, Bill and Karen are different from many of their peers in that they don’t have children. This was a conscious choice they made in their younger years. They determined that children did not really fit the pattern of their busy professional lives, so they decided not to become parents. They do not regret this choice, but it does present some challenges as they face the future. Bill and Karen are solo agers.

Sharon is also a solo ager. She is a sixty-four-year old, single professional woman living in the Silicon Valley area of California. She has been married and divorced twice and, also by choice, never had children. Like many of her contemporaries, Sharon lives alone in a two-story condominium. She has one brother who lives on the East Coast. Her aging parents also live on the East Coast and Sharon travels to Maryland to visit them two or three times a year. Her brother has children, but he lives 3000 miles away. Sharon was not part of her nieces’ lives when they were growing up, and has little relationship with them.

Bill and Karen and Sharon are far from alone in their choice of a life without children. The rate of childlessness in American baby boomers is 19.4 percent (Pew Research, 2010). That is almost double what it was in previous generations. This abrupt change in the childbearing habits of Americans is due to two very important shifts that came about in the 1960s and 1970s:


Michael is a sixty-seven-year old businessman living in a small town in upstate New York. He has been a widower for almost ten years now, and has forged a comfortable life for himself in his modest home. He still runs the metal shop business he opened when he was in his thirties, though today his arthritis prevents him from doing much of the hands-on work. He has three younger employees who do the production work, but Michael still keeps the books, meets the customers and oversees the day-to-day operation of the business. He has two sons in their late thirties. One is working and raising a family in Utah; the other is currently working and living in cosmopolitan London with his same-sex partner who was raised there.

Michael is not technically a “Solo Ager,” but he will face a similar challenge. Like many parents today, he watched his kids grow up and move away from the small towns in which they were raised to seek work and other opportunities that were not possible in their home community. He has a good relationship with both of his sons, but everyone is busy with their lives and visits are infrequent. They keep up with one another by email and phone. Neither is likely to move back to upstate New York or even spend much time there.

Who will be there to help those who will live into their late eighties, nineties, or beyond? Women who reach sixty-five have about a 50 percent chance of living into their nineties. Men are no longer far behind. The U.S. Government Accounting Office predicts that by 2020 the number of older Americans living alone with no living children or siblings will be 1.2 million (GAO 2002). That is almost twice the number without family support than was reported in 1990. This will be much more than a personal dilemma; it is a societal issue that needs attention if we are to avoid a crisis in elder care that our country is totally unprepared to face.

The Importance of Social Community
We know that the existence of friendships and social relationships (i.e., a support system) are critical in staving off feelings of loneliness and isolation in later life. At first glance, it may seem like Bill and Karen are much better prepared for their later years than is Sharon or Michael. However, unless Bill and Karen die together in a plane crash or car accident—an extremely unlikely scenario—one of them will outlive the other and will be alone, just like Sharon. In addition, studies have shown that married couples often rely on each other for support and companionship to the exclusion of outside others. When one of them dies, the widowed spouse is in worse shape, socially, than someone of the same age who has been single for many years. So, Sharon and Michael may indeed have better chances of maintaining that critical social support system than either Bill or Karen!

As people age, they need companions and potential caregivers close by who care about them and whom they trust. Solo agers and those with children in far-flung places need to begin thinking about how they can reinforce their social support system while they are still active and have choices. The most proactive step they can take now is to continue (or begin) growing a network of friends and mutual support groups, and taking the necessary legal steps to ensure they are cared for and treated tomorrow as they would want to be today.

As advisors to the senior community, you are in a position to offer guidance to those who will soon be in that position—those baby boomer-era kids of your current clients. You will likely discover that many of them are themselves solo agers. And based on statistics,
you may be one yourself. Following are some guidelines you can use when advising the solo agers and singletons in your sphere of influence.

Create a Support Network
The most important preparation anyone can undertake is to create a support network. In addition to existing friends, candidates might be neighbors, fellow church- or synagogue-goers, like-minded hobbyists, professional colleagues, or people they’ve known since
childhood. Spending time together as a group going to movies or theater performances, or sharing meals helps develop a bond. Then begin to discuss this topic with one another and develop some agreements – a kind of pact – for how they will care for one another in later
life. Here are some ideas:

Arrange to live near one another. If you do not already live close by, research some communities that you can all afford and agree would be a good place to age. The earlier you plan the better. You will want to live as close to one another as possible, and co-housing communities provide the best examples of this approach. Some co-housing groups have gotten together and purchased whole (small) apartment buildings or triplexes; others have built their own complexes.

There are several well-documented and successful senior co-housing communities in the U.S. and more are being developed every year. The oldest and most established are Glacier Circle in Davis, California; ElderSpirit in Abingdon, Virginia; and Wolf Creek
Lodge in Grass Valley, California. To learn about these communities and how they were formed, and for more information on co-housing in general, go to www.cohousing.org.

Another possibility is to select a corporate-owned “retirement community” that already exists and plan to rent or purchase homes in the development. If the idea of a planned community doesn’t appeal to you, find a one-story tract of homes in a small community
with nearby services and purchase or rent homes near one another.

Living next door is the ideal. Barring that, get as close as you practically can. Deborah, a Palo Alto professional woman in her early sixties, has made such a plan with her two sisters, also Silicon Valley professionals. None of the three of them ever married or had
children, and as they began to pitch in to help their aging parents, it quickly dawned on them that they had to think about their own aging process and begin to plan for it. They are starting to purchase additional homes in the cul-de-sac where Deborah’s home is located. This will put them within walking distance of downtown Palo Alto, several transit systems, and close to Stanford hospital.

Create legal documents. Name each other in your advance directives for health care, either as primary contact or as successor to spouse. That way, if you are the remaining spouse, someone who knows you and cares about you will make decisions on your behalf when you no longer are able. Complete a Five Wishes document if you prefer. Five Wishes is used in all fifty states and in countries around the world. It meets the legal requirements for an advance directive in forty-two states. In the other eight states, the completed Five Wishes can be attached to the state’s required form.

Share some financial information. Most Americans are taught not to share their financial situations with anyone outside the family. And many people don’t even share that information with their children. However, if you are going to have people around you whom you can count on in a crisis, those trustworthy friends must know at least a little about how you plan to finance your older age. Do you have long-term care insurance? Who has access to your bank accounts and investments? If you need that money for your own care, someone needs to be able to access it or your care will be in the hands of the court. It might be prudent to hire a fiduciary to care for your assets. In some states, fiduciaries are licensed professionals. It’s best to consult with an estate attorney for referrals.

Keep the door open. As you age, encourage (relatively) younger people to join your group and incorporate them into the planning. This will ensure protection of the integrity of your decision making over time.

The baby boom generation is just now reinventing retirement, and as it continues to age, new paths will be charted and new models for living will evolve. When the time comes, there is little doubt that boomers will also reinvent old age. For now, it’s important for those who work with older adults to be part of the advance guard in preparing the next generation for their later years. Here is an opportunity to help some of the most vulnerable members of that group prepare for the safest, soundest future possible. •CSA

Sara Geber, Ph.D., founder and president of Life Encore in Los Gatos, California, is a life planning and transition expert for baby boomers. She also has a special interest in the needs of people over fifty who are without children and aging alone. She is on the board of directors for the Life Planning Network. Contact her at 408-355-0101, or visit www.lifeencore.com.

Solo Aging: The Next Frontier was recently published in the Winter 2015 edition of the CSA Journal.