Help for Older Adults in the Workplace

The number of workers over age 65 is rising. Technology, oddly enough, is coming to their aid. 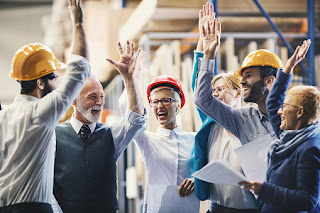 There’s a cultural change afoot in America: more and more people are working past the traditional retirement age of 65. As a result, challenges such as poor eyesight and aching joints are coming to the job with them. Technologists are responding with modifications to office environments.

Americans are getting older. Men who have a 65th birthday average another 17.9 years of life. For women, that rises to an additional 20.5 years, according to the National Center for Health Statistics. White collar workers are increasingly choosing to spend some of those years on the job, while lower-paid earners often find they have no choice because of meager savings.

In 1992, only 3 percent of the workforce was 65 or older. Today, according to the U.S. Bureau of Labor Statistics, that proportion has nearly doubled as the number of older adults has increased as well. By 2022, an anticipated 13.5 million older workers will be between 65 and 74, and another 2.6 million will be 75 or beyond.

While these senior workers aren’t likely to be picking up a hammer or saw, they need different tools than younger counterparts to succeed on the job. “Many products are designed with younger users in mind,” says Sara Czaja, scientific director of the Center on Aging at the University of Miami. “Designers don’t always think about older people.”

Products for an Ageing Workforce

Consider back support. There isn’t any when you lean forward to use a laptop or tablet. Office furniture maker Herman Miller, based in Zeeland, Michigan, offers a desk with a sliding surface panel that can be pulled toward the user, enabling the worker to sit upright, supported by a chair back, while the device is in close for easier viewing.

By age 60, smaller pupils and clouded lenses only take in a third of the light they could at 20. Office lighting needs to be brighter, with fewer dark spots and shadows, according to Ryan Anderson, director of product and portfolio strategy at Herman Miller.‎ Illuminating circles of desktop with high lumens from lamps doesn’t do the trick; the overall space has to be brighter. In response, new kinds of overhead lighting fixtures throw their light at the ceiling to disperse around the room, rather than aiming down.

Itty bitty smartphone screens are another issue. While Apple and others continues to make increasingly larger devices that benefit seniors, it’s still tough to high-text documents like emails and newsfeeds. Older workers struggle to adjust their eyes between this near vision, which starts to diminish at about age 40, and focusing on people and places farther away.

Office workers may switch between near and far vision more than 100 times a day, according to researchers at Germany’s Carl Zeiss Vision, a leading lens manufacturer for eyeglasses. To minimize this so-called “digital eyestrain,” the company moved the reading area in its progressive lenses up and closer to the eyes, accommodating where most people hold their smartphones.

Older workers are generally quite comfortable using computers, but age can make certain aspects more difficult. “I’ve been studying aging for a long time,” says Neil Charness, director of the Institute for Successful Longevity at Florida State University, “and now, at age 67, I’ve become one of the people I study.” Charness describes how many operating systems can be set to activate programs and documents with a single click; double-clicking gets harder with age. Ditto for scrolling, and he reduces his need to use the mouse by turning his computer monitor vertical. In general, hand movements are more difficult than eye movements for senior workers.

Age-related macular degeneration affects 11 million Americans, according to BrightFocus Foundation. They often have trouble seeing black type on a white background. Software company Ai Squared, based in Manchester, Vermont, has developed technology to transform display colors for optimal contrast. “One gentleman uses our software to make everything purple on a pink background,” says Ai Squared marketing project manager Megan Long. “That’s what works best for him.”

We’ve all heard by now that standing on the job is healthier than sitting, and some work requires employees to be on their feet all day. Arthritis and other conditions cause pain in load-bearing ankles, knees and hips. Workers have welcomed “anti-fatigue mats” that cushion floors, and inventors continually refine the design. Hospitals are big buyers of these shock absorbers. It’s not surprising, considering the average age of U.S. nurses rose to 50 in 2013, according to the National Council of State Board of Nursing.

Plenty of futuristic tech is in development that will help older workers even more. Carnegie Mellon  is developing an escort robot (not that kind of escort!) for people with vision limitations. Boeing is working on a driverless cart to transport travelers through airports. Aaron Steinfeld, a researcher at Carnegie Mellon, is part of a team developing Tiramisu Transit, a crowdsourced app that would share real-time information on buses, including where they are and how full each one is. Such data “can be very important for those with balance issues or who use wheelchairs or scooters,” Steinfeld says. Finally, an accessible transportation program is in the works at the U.S. Department of Transportation for those with limited mobility, including seniors in the workforce.