Find Your Niche in the Right Senior Community 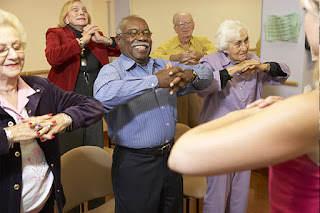 Whether being with others who want to learn, create art or share a common faith or culture, there’s a retirement community for you.

As baby boomers start to age and look for their ideal retirement communities, many express a general dissatisfaction with traditional senior housing, which they perceive as endless rounds of bingo, shuffleboard and making crafts. Whether that’s an accurate representation or not, your choice of retirement housing options is getting bigger. Now there are places exclusively for those who are LGBT, seeking faith based communities, or want to continue college careers.

Go Back to College

One of the more popular niche housing options is a university-based retirement community (UBRC). In 2014, PBS NewsHour found about 100 UBRCs, though the number will likely grow as baby boomers enter the senior community market. UBRCs vary widely but share certain characteristics (from A Place for Mom):


Typically, UBRC communities are located near a college campus, affording seniors the opportunity to learn from top university professors, either at classes within the community or on the college campus. Other senior housing communities offer their own curriculum that can include everything from fitness and nutrition to computers, history or creative writing.

Residents at Kendal at Oberlin, in Ohio, can audit classes at Oberlin College free with permission from the professor. They can also attend lectures and go to concerts and recitals at the Conservatory of Music (more than 500 offered during the academic year). There’s even a Kendal bus that transports residents to several on-campus activities each month. Kendal residents have collaborated with students and professors on energy and environmental initiatives.

Although about 37 percent of Kendal at Oberlin residents are alumni or former faculty and staff, others are drawn to the college-town atmosphere and the Oberlin environment. Kendal offers everything from independent living to nursing facilities.

At Lasell Village, on the campus of Lasell College in Newton, Mass., the 210 residents are required to participate in 450 hours of education a year—about nine hours a week. Residents can choose classes from French cinema to social psychology to current events to fitness and volunteer work. Each of the 16 buildings at the village has a classroom. Lasell residents also have the usual retirement activities, such as a pool and fitness classes, plus choices of different levels of care.

If that’s true, the residents of the Burbank Senior Artists Colony, in Burbank, Calif., should be thriving. There’s live entertainment in its Performance Theater, writing and art classes, a choir and a Hollywood-themed clubhouse for socializing. There are also computer and anti-aging exercise classes.

One instructor, Oshea Luja, offers a similar curriculum to the one he teaches at charter schools in the Los Angeles area: creative expression, spoken word, poetry and rap, except at Burbank, his students range from age 75 to 95. They call themselves Oshea’s OWLs, for “Old White Ladies.”

Many niche communities can be expensive, but the nonprofit group EngAGE runs the 200-person Burbank and other art colonies, which target low-income residents. Building on Burbank’s success, EngAGE has established 37 communities mostly in Southern California. The model is now expanding into Minneapolis, Minn.; Portland, Ore.; and Winston-Salem, N.C.

Live with Your Kind of People

Many retirees want to live with others with whom they share a culture, whether LGBT, Jewish or Chinese.

Fountaingrove Lodge in Santa Rosa, Calif., is the nation’s first lesbian, gay, bisexual, transgendered (LGBT) independent senior community (with the option of continuing care services). It’s costly—a $740,000 entrance fee, plus a $5,150 monthly fee. The community includes a 10-acre campus, gourmet dining, concierge services, pet parks and a bocce park. Straight people are allowed, but the focus is on providing a place for LGBTs to relax without worrying about discrimination or having to hide their preferences. According to SmartMoney, at least a dozen such communities exist across the country, mostly in big cities.

ShantiNiketan, near Orlando, Fla., caters to older Indian-Americans. The food is Indian with extensive vegetarian options, and there’s a prayer room, Bollywood movies and, of course, yoga.

Aegis Gardens, in Fremont, Calif., targets Chinese Americans. Its architecture and interiors follow the Asian principles of feng-shui, its staff includes health care providers from China who speak multiple languages and dialects, and it offers Chinese (as well as American) cuisine. Activities include tai-chi, calligraphy and mahjong, as well as American pastimes such as bingo, ballroom dancing and bridge. A second Aegis Gardens is slated to open near Seattle in 2017.

As of 2013, there were about 1,000 Jewish or Jewish-affiliated nursing homes and assisted living communities in the United States. Jewish retirement facilities generally offer Shabbat services, kosher menus, Jewish holiday celebrations and an on-premise synagogue or access to local Jewish religious services.

Similarly, Catholics can find retirement communities where they can share their faith with other Catholics and partake in daily Mass as well as celebration of the holy days.

For other kinds of niche communities, see the sidebar.

Posted by Society of Certified Senior Advisors at 9:11 AM