Beware of Home Repairs Too Good to Be True

Watch out for contractors who knock on your door and offer their services, especially after storms or tornadoes have caused extensive damage in the area. Seniors, especially, are vulnerable to these fly-by-night repairmen who often take your money and flee or do substandard work. 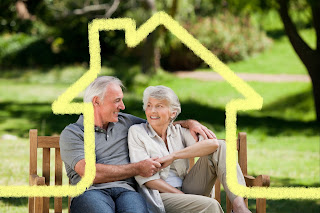 In one case, an elderly woman in Lincoln County, Missouri, was approached by a man who said he had done work for her late husband. After he told her the lightning rods on her house needed work, she wrote a check to the man for $1,800, who took it and never returned. In Dallas, the con artist’s line was that his “daddy” was working on a house behind the home of the person and saw a squirrel come out of the attic.

In many cases, victims get in over their heads and don’t know how to get out. In Indianapolis, three men knocked on the door of Bill Smiley, an elderly retiree, and told him that his gutters were leaking and his roof was in bad shape. The first check was for $3,000, but, by the end, Smiley had shelled out $65,000, plus he was missing a diamond ring and a Rolex watch.


"I had to rely on their honesty,” Smiley told the Indystar in explaining how the bills added up. “And once I got into it, it was one of those deals where you can't just walk away from it. They had my roof torn off, and the weather was bad. I needed them to get it fixed."

When the men left without finishing the work, Smiley had to spend thousands more to repair the uncompleted and shoddy work left behind. "I have no one to blame but myself,” he says. “It's one of those things I've criticized others for doing—for not investigating guys like that before doing business with them."

Seniors are more vulnerable to home repair scams for several reasons. They are more likely to be home during the day when contractors come knocking on doors; old age infirmities may make it harder to do repairs, so it is likely that the house may need work; older adults may have more disposable cash, even stored in their homes; seniors tend to be more trusting than younger age groups and those who live alone may welcome a friendly face.

When severe weather events, such as hailstorms or tornados, cause damage, out-of-state contractors arrive in the hard-hit area, promising quick and cheap fixes. Although some are reputable, many are not. After hailstorms hit parts of Texas in 2011-2012, the problem of unscrupulous fix-it companies prompted one organization to start an awareness campaign, known as “Who’s on Your Roof?” to help prevent home-repair scams, including asking the victim to pay the full amount upfront (after which the contractor leaves and never completes the work), something a legitimate home-improvement company would never ask.

Watch Out for These Signs

Common scams involve driveway paving, roof repair, gutter cleaning and mulching. (For a list of other common home-repair scams, see the sidebar.) If the homeowner pays for the work upfront, the con artists often do an inadequate job and leave the home in worse shape after completing their “repairs” than it was before they started.

These other signs caution that a home repair outfit may not be legitimate (from the National Consumers League). Beware if the contractor:
What You Can Do

If a contractor approaches you, take precautions before agreeing to any repairs (or paying any money).

First, anyone who comes to your door to solicit work is not likely to be reputable. Competent roofers usually have enough work without going door-to-door. Also, in the case of a hailstorm that ruined your roof, for example, your insurance adjuster should be the first one to examine the damage. An illegitimate roofer can do more damage, sometimes deliberately, to convince the homeowner that work is necessary. You may also take these additional safeguards:

In addition, you can ask friends, neighbors or people you trust for recommendations for a good contractor. Google the company to see if people have posted negative reviews. Check out the business on Angie’s List, the paid-subscription online service that posts reviews of contractors and other businesses.

Beware of Home Repairs Too Good to Be True was featured in the September Senior Spirit Newsletter.